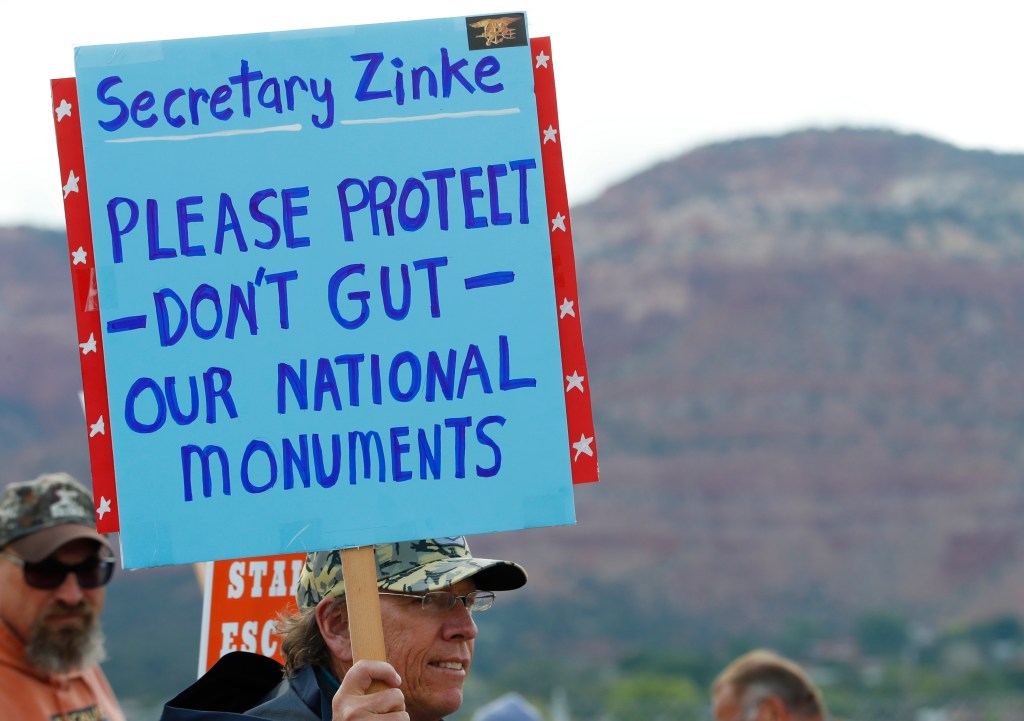 A “bad rap” for a reason

David S. Wood: GOP on the Environment: A “bad reputation” for a reason

I read with interest the January 31 article on the local GOP hosting a forum in the Senate: Republican candidates running for the US Senate participate in the Longmont forum on Saturday night. However, I disagree with Professor Gregory Moore of Colorado Christian University when he says “Republicans get bad environmental press.”

I think the GOP’s record of appointing Secretaries to the Department of the Interior is simply abysmal, i.e. James Watt under Reagan, Gale Norton under George W. Bush, and Ryan Zinke under Trump. All were anti-nature, and although the Spanish Peaks Wilderness was signed into law by Republicans Wayne Allard and Scott McGinnis, that was many years ago, and recent positions by GOP lawmakers have not been favorable to nature.

A longtime member of the Sierra Club and the Wilderness Society at 87, I’ve backpacked over 60 years in Colorado, Wyoming, Arizona and California. I tend to avoid areas where mountain bikes and motorized trail bikes are legal and hope to continue hiking in pristine areas.

Jeff Connor: Tent camps: how about a campfire?

Today was a great day for a bike ride. As many residents have expressed when riding tent camps, words such as horrified, heartbroken, disgusted and angry crossed my mind upon seeing the huge amount of litter and the conditions in which the people live.

I’m retired, but I was a wildland firefighter for many years, one of many hats I’ve worn working for 35 years for the National Park Service and the Bureau of Land Management.

I have spent many nights sleeping in tents at fire camps in many states. However, unlike those horrible tented camps around Boulder, we had access to portable potties, food, and even showers. These fire camps sometimes had hundreds of firefighters from all over the country.

So my question is why can’t the city of Boulder approach these tent camps like a fire camp? Find a field perhaps near the Boulder Homeless Shelter and set up camp with tents, shade, toilets, a mess tent, and even showers. The mess tent could also be used to hold meetings where homeless people could meet with counselors, AA meetings, medical access, even TVs, heaters, worship services, whatever. The issue of alcoholism and drug addiction would be a challenge but should not be used to ban these people from the camp. This is most likely the reason why these people live in these tents rather than at the homeless shelter where drunk or stoned people are prohibited.

Having this only camp, the city could then make it illegal to camp anywhere else and enforce it by offering them the city camp, Boulder Homeless Shelter, and other city shelters as their only options.

Leaving these people to misery in their own waste is a travesty and it is so sad to see the state these people and our city are in right now.

I was a graduate student in journalism at the University of Colorado at Boulder when Penfield Tate II was mayor of Boulder. For one of my journalism classes, I attended all the city council meetings. Mayor Tate was always dignified, respectful, and listened to citizens who came to speak to City Council about their concerns. I was also fortunate to have him as a constitutional law professor at the Denver Paralegal School. He was the best teacher I have ever had and he was a friend of his students. His wisdom and humor drew everyone in.

Rick Sutherland: Truth and Justice: A Reality We Cannot Afford to Lose

We are all human, but some are less human than others in their desire to ignore reality. There is a minority population in America who have chosen a false reality that vaccines are killers, that systemic racism is OK, that global warming is a hoax, that sustaining the Earth is pointless, that storming the capitol building is OK and that there is only one religion that works for all creeds and races. Science has built a solid case for a reality that works if we pay attention. We the people have a democracy with an ideology written in our Constitution by very smart men and women that has worked.

Our best hope aligns with the understanding that being human requires that we learn to live in harmony with one another. Liberals are labeled with bleeding hearts. Conservatives are labeled with authoritarian desires. The majority of our population would be satisfied with a common good that embraces humanitarianism rather than ostracism and ridicule.

We cannot lose sight of the reality that America is about equality and forming a more perfect union, without embracing the greed that the crooks, the power elite have used to propagate and marginalize others in their less than human selfish conquests.

The “big lie” is not a reality America knows and those who embrace it will be corrected in the halls of justice. The majority of Americans are not ready to sweep crime under the rug. We the people are at war in the quest for justice and human dignity and at least one voice for every woman and every man.