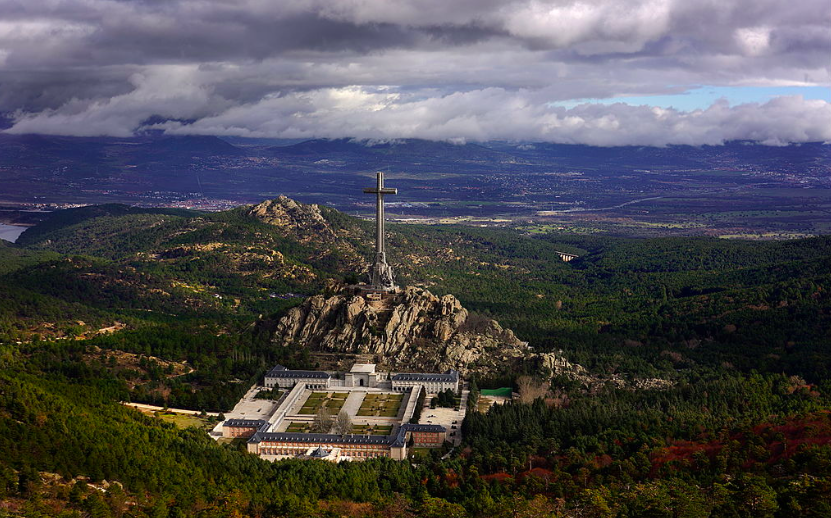 As an academic, normally every seventh year can be taken as a sabbatical. In the spring and summer of 1993, I was on sabbatical in Spain at the Facultad de Ciencias, Universidad Autonoma de Madrid, accompanied by my wife, Marianne. Spanish life suited me – the longer evenings, the passion in their culture, I was even intrigued by how they swallowed their words.

One thing I didn’t like at all was the traffic. There was a direct connection between the Plaza del Felipe Segundo, where we lived in the center of the Goya district, and the University in the suburbs. To my great surprise, it was a real motorway, the M40: an orbital today, corresponding to the M25 in London, but at the time it only had a straight section ready, the one I needed. Driving on the Madrid highway was difficult, to say the least. The Spanish pilots had an incomparable style. They did not observe any rules. (I’m not sure there were any). It was everyone against everyone. There may have been a speed limit, but no one had the slightest desire to stick to it. The first week, out of habit, I didn’t go over 70 miles per hour. I was constantly overwhelmed. Cars streamed in from left to right. When I arrived at University, I needed to close my eyes and sit quietly in my office for half an hour to recover.

After a week I realized that if I were to continue using this highway driving like I was in the UK I would never see Oxford again. The alternative was to adopt the Spanish style: in Madrid, do as the people of Madrid do. Luckily our car had good acceleration and could easily do 90 miles per hour, the average speed on the M40. After a few weeks, I felt triumphant when I passed my first Spaniard. In another week, I was ready to defy the last taboo: not braking when reaching the giant roundabout at the end of the highway.
I got used to driving fast. In fact, I started to like it. Doing the 15 miles to the Autonoma took the same time as cycling from Cumnor Hill, near Oxford, to the Department of Engineering. On my return to Oxford, a French donor asked me what it was like to drive in Madrid. I just repeated the words of Abbé Sièyes when asked what he had done during the Revolution: I survived. (“I survived.”)

Before leaving the subject of driving, let me mention another scene I saw on this highway. I was just doing my usual 90 when a convertible race car passed me at about 130 or 140 miles per hour. What was remarkable was not the speed. (A lot of drivers liked to drive faster than average.) What is remarkable is that the driver of the race car was a young woman in her twenties and there were two elderly boys who may -to be four and six year olds standing behind her seat, pushing her to keep driving faster and waving at me condescendingly as they passed. Their facial expression said: “Bye-bye, slow-coach”, or whatever the equivalent of kindergarten for Spaniards.

It took a while, but in the summer I was quite comfortable traveling by car. So we decided to discover a bit of Spain and once again we find the same (admittedly stereotypical) characteristics – aggressiveness, bravery, pride, perhaps recklessness. Our main interest was the historical sites of the Civil War, a conflict (1936-39) that I had followed in detail in the Hungarian press when I was a child.

Perhaps precisely because I was a child, the story of the Alcazar fortress in Toledo had a profound effect on me. It was our first stopover. Curiously, almost 20 years after Franco’s death, the story was still one of a group of about 800 nationalists who resisted the Republican onslaught of 8,000 for two months. The Republicans had taken the son hostage of José Moscardo Itiarte, the leader of the nationalists. Suddenly, they issued their request by telephone: “Surrender or we kill your son. The commander asked to speak to his son. He picked up the receiver: “Die like a patriot,” he said. The son agreed. They shot him.

Another Nationalist shrine, full of pomp, was Franco’s mausoleum in the Valle de los Caidos (the Valley of the Dead, pictured above) built by the slave labor of Republican POWs. The only indication of Franco’s disappearance that I could find in Madrid was that Avenida del Generalisimo (Madrid’s Champs Elysées) reverted to Paseo de Castellano. We also found a memory of the Falangist past in the name of a small street called Calle de la Division Azul. It was to remember the Spanish Blue Division, which fought on the Eastern Front in WWII (the name I believe has recently been changed).

After frequenting the theaters of the Civil War, we decided to follow the tourist trail, staying mostly in paradors which in their previous life were fortresses, castles or monasteries. We visited universities like Salamanca, ancient cities like Avila, places of Moorish heritage like Cordoba, Seville and Granada, which are also home to Spanish universities founded after the Reconquista. Think of Spanish history, however, and for the most part it’s not usually the civil war that comes to mind, but the power of the church.

Extremadura is the part of the country close to the Portuguese border which is probably the least prosperous part of Spain (extremely harsh as the Spaniards call it). In the center of this region we found Caceres: a nice little town with lots of old churches. We arrived on the main road. We stopped at one of these places of worship, probably the one they consider a co-cathedral. We saw a long line, maybe up to 80-100 people. We couldn’t guess why they were queuing.

Marianne asked a little boy in English. He replied in Spanish: “Besar el manto del obispo”. We didn’t know what obispo meant. We could guess that manto corresponds to coat but it was the only word that made sense. We wanted to know why all these people were queuing. We were intrigued.

There was a small back door through which we could enter the church. It looked much bigger from the inside than from the outside. However, after a few steps, our progress was blocked by three men who looked strangely like those unfortunate people who stood before a French firing squad in the back Mayo de Goya. One of them spoke to us in Spanish in a tone that was anything but friendly. Our attempts to communicate in English eventually paid off.

Another person appeared who spoke some pidgin English. He told us bluntly that attempts to jump the queue are frowned upon in his country. If we want to kiss the bishop’s mantle, we have to go back to the queue and wait our turn.

So much for the spirit of the holy sanctuary. We thought it was time to take our leave. We said a few words of apology, lo siento, lo siento, turned our backs and left the church through the door through which we had entered. We found our car where we left it, took our seats and continued to Bajadoz and then back to Madrid the next day.


A message from the article

We’re the only publication committed to covering all angles. We have an important contribution to make, needed more than ever, and we need your help to continue publishing throughout the pandemic. So please donate.