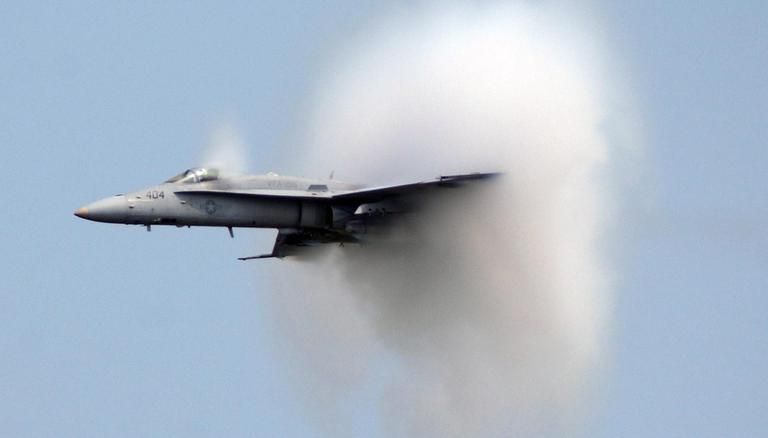 An advanced supersonic aircraft could be configured to fly to New York from London in just 80 minutes. The ‘Hyper Sting’ idea was created by Spanish designer Oscar Viñals which is said to have the ability to reach an incredible speed of 2,468 mph, nearly double the speed of Concorde, a supersonic airliner. According to Metro’s report, the Hyper Sting could soon allow flights to New York from London to be reduced from their current eight-hour duration.

The Hyper Sting concept plane, which has a top speed of nearly 2,600 mph, is expected to seat between 130 and 170 people. According to the Spanish designer, the plane could fly at a speed three times faster than sound. Innovative technologies, such as a cold fusion nuclear reactor that would power two ramjets and four next-generation hybrid turbojets, could allow it to travel at speeds of Mach 3.5, MyLondon reported.

The Spanish designer talks about the new supersonic aircraft

Oscar said, “Concorde was a brilliant machine, a noble experiment, but it was putting too much emissions into the environment, too much noise into our communities, and costing too much to operate,” Metro reported. Speaking of the new aircraft, he noted “A new era of supersonic flight may be upon us, but there are challenges to overcome when it comes to flying faster than the speed of sound.”

Additionally, the designer believes that as technology advances and engineering improves, long-haul flights will get shorter and shorter. The Hyper Sting is a new idea for the next supersonic commercial aircraft, according to Oscar.

“Today there are projects for a new era of supersonic flight from different private and public initiatives, some of them are well advanced and could become a real concept in a few years,” he continued. Oscar also noted that the aircraft’s pointed nose would regulate forward airflow to disperse it over the midsection and over the wings.

According to the Mirror, his concept was influenced by the plane’s “big sting” shape.

However, the cost will be high, and to become a reality, extremely innovative and imaginative technologies like the fusion reactor are needed.