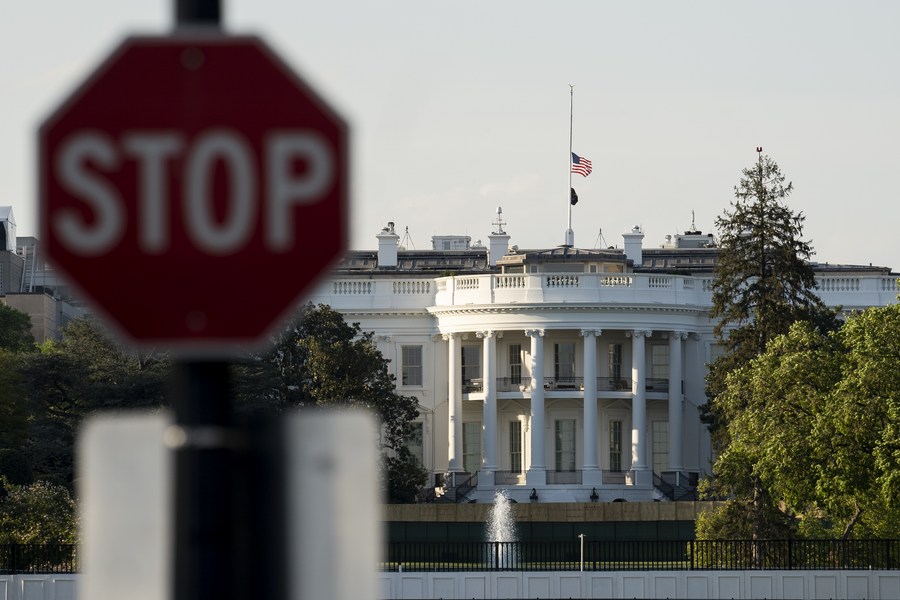 By funding journalism as a political tool, Washington has turned itself into the greatest enemy of press freedom, and its propaganda is set to proliferate in the years to come. Don’t buy any of this.

BEIJING, Feb. 23 (Xinhua) — The U.S. House of Representatives has passed the America COMPETES Act, allocating 500 million U.S. dollars for media coverage aimed at slandering China. The move has people wondering how the so-called “press freedom beacon” dares to openly manipulate the media in an effort to drag China out of what it calls a “great power competition.”

The bill, passed earlier this month as an industrial policy blueprint for semiconductor production and supply chain resilience, will direct funding to the US Global Media Agency, a US media service, as well as local media and programs to produce critical China journalism, especially China’s proposed Belt and Road Initiative.

From the Spanish-American War and World War I to the Cold War, the Gulf War and the Iraq War, American propaganda has been everywhere. These days, Washington’s disinformation campaign against Beijing is reminiscent of its Cold War playbook, when it bashed the Soviet Union through the media, stoking hysteria over the ‘Communist threat’ and boycotted the Moscow Summer Olympics in 1980.

Last year, Zimbabwean newspaper The Herald revealed that local journalists were allegedly offered US$1,000 by a US Embassy proxy for every anti-China story they wrote to profile Chinese companies. based there as unethical, reckless and harmful to local communities.

“Out of sheer jealousy, envy and spite, Western countries have launched a spirited campaign against Chinese investment in Zimbabwe using a phalanx of corrupt media, paid activists and civil society organizations,” The Herald wrote.

It is no coincidence that, in September 2021, Javier Garcia, then head of the Beijing bureau of the Spanish news agency EFE, announced his decision to quit journalism because “the embarrassing war of information against China has taken a good dose of my enthusiasm for this profession”.

This time, the bill says US-funded media coverage would be “independent.” Considering that the reports are sponsored by Washington for the specific purpose of crowding out Chinese investment in developing countries and smearing Chinese projects, the claim is absurd.

“If the government defines in advance in legislation what the conclusion and the point of coverage will be, that doesn’t really constitute real journalism,” said Tobita Chow, director of Justice is Global, an American advocacy group. , was quoted by the American magazine Prospect, as saying.

By spreading misinformation and misinformation in mainstream and social media, Washington is trying to lock domestic and foreign audiences into echo chambers built on its Cold War mindset. Nevertheless, his old playbook no longer applies in today’s world, where truth and multipolarity trump lies and hegemonism.

Obsessed with interfering in the internal affairs of other countries, the United States has failed to understand why Chinese businesses and investments abroad continue to thrive: because China has always upheld the principles of full consultation , joint contribution and benefit-sharing when partnering with other countries and refraining from internal interference.

In the meantime, suppose Washington hopes to create a competitive advantage for its foreign investment. In this case, it should provide mutually beneficial loans to developing countries instead of focusing narrowly on its own interests and pouring money to shame China.

Between the infrastructure plan proposed by China and the versions of the United States and the European Union, many low- and middle-income countries prefer Chinese investments, because rich countries, which see developing countries as a high-risk, low-return countries, often impose onerous conditions that delay project implementation and increase costs, according to a recent article in The Diplomat magazine.

China’s approach is different: it speaks up for developing countries and thus obtains their support.

In the wake of growing rhetoric against China, Zimbabwean President Emmerson Mnangagwa has reiterated that investments from the Asian country are welcome.

By funding journalism as a political tool, Washington has turned itself into the greatest enemy of press freedom, and its propaganda is set to proliferate in the years to come. Don’t buy any of this. Final article

How many times has the United States “officially” declared war? – FOX13 News Memphis