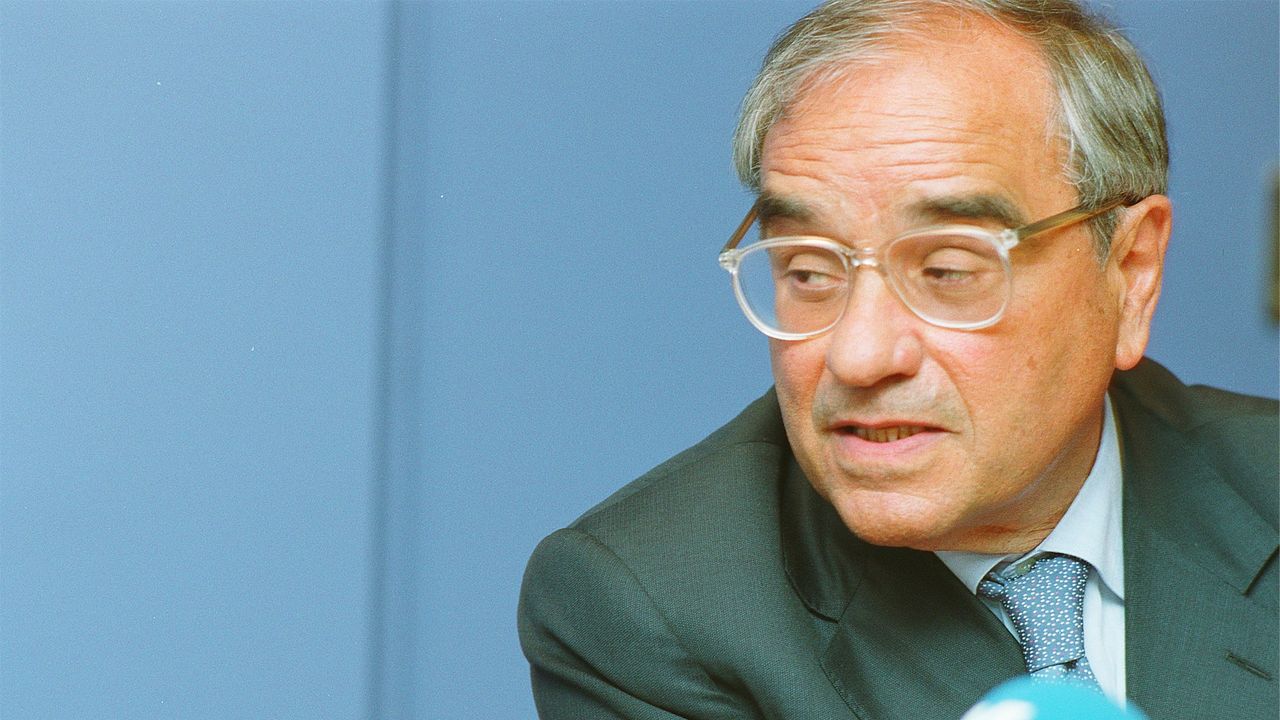 Argentinian judge MarÃ­a Servini de CubrÃ­a has indicted Rodolfo MartÃ­n Villa, 87, former minister of the Spanish Franco fascist regime from 1939-1978, with four counts of homicide. The judge ordered the detention of Villa, who lives in Madrid. So far, the Socialist Party (PSOE) -Podemos government has refused to honor the mandate.

Servini, based in Buenos Aires, based its investigation on the principle of universal jurisdiction, which allows an investigator to prosecute individuals who are not its citizens or on its territory, but who have committed serious crimes, including crimes against humanity, war crimes, genocide and torture.

This is the second attempt to prosecute Franco-era criminals since Baltasar GarzÃ³n launched an investigation in 2008 into Francisco Franco’s military coup of July 17, 1936 and the disappearances of 114,266 people. GarzÃ³n eventually indicted Franco, 44 â€‹â€‹former generals and ministers and 10 members of the Phalange party. During this investigation, GarzÃ³n was expelled from Spanish courts in 2012.

GarzÃ³n was accused of perverting justice and breaking the 1977 amnesty law passed during the transition from fascism to parliamentary democracy after Franco’s death in 1975 and supported by the Stalinist Spanish Communist Party (PCE ). It aimed to prevent any account with the fascist crimes committed during the Spanish Civil War (1936-1939), the Franco regime (1939-1975) and the post-Franco interim regime which lasted until 1978. Since then, no one only Franco was brought to justice for crimes including approximately 300,000 political opponents assassinated, 500,000 imprisoned and 500,000 forced into exile.

Hundreds of Spaniards have tried to circumvent the amnesty law by turning to Argentine courts.

The case began in April 2010 after Argentinian resident DarÃ­o Rivas, son of an elected mayor of a Galician town in northwestern Spain who was kidnapped and executed under Franco, turned to the law international law, according to which crimes against humanity have no jurisdictional boundaries. The trial now includes 120 individual plaintiffs and 62 human rights organizations.

Servini indicted Villa with a 968-page long detention order, as part of his investigation into crimes against humanity committed by the Franco regime.

Three of the killings took place in 1976 during the so-called Vitoria massacre, when Spanish police fired live ammunition and tear gas at an assembly of 4,000 strikers taking place in the church in the Basque town of Vitoria . Five workers died and hundreds were injured.

The other homicide took place in Pamplona during the San FermÃ­n festivities in 1978, when the police fired on a demonstration of young people demanding the release of political prisoners. In the protests that followed the police intervention, 150 were wounded, 11 of whom were shot, and GermÃ¡n RodrÃ­guez, 23, a member of the Revolutionary Communist League, was shot dead in the forehead.

Since 1962, MartÃ­n Villa has held various positions in the fascist institutions that functioned during the Franco regime. In 1975, he was appointed Minister of Union Relations in the first government after Franco’s death, a position he held at the time of the Vitoria massacre. In June 1976, he was appointed Minister of the Interior. He was thus in command of the police in 1978 during the events in Pamplona.

Villa has come to be known as “the stick of transition”, due to his repeated use of violent police crackdowns on the protests. In 1977 alone, police violently dispersed 788 protests in Spain, or 76% of all protests. To block future investigations, Villa also oversaw, under his tenure, the destruction of tens of thousands of documents and files on police repression under Franco.

Thereafter, Villa enjoyed a lucrative career. In 1997, he was appointed chairman of ENDESA, Spain’s main electricity company, which he helped privatize. In 2013, he became a member of the Royal Academy of Moral and Political Sciences. In 2006, he was appointed chairman of Sogecable, a Spanish pay-TV operator. Villa is also a member of the advisory board of FRIDE, a pro-EU think tank based in Madrid.

The case of MartÃ­n Villa is no exception. The vast majority of Franco’s political, police and military commanders continued to hold leadership positions in the post-Franco order, both in the public and private sectors, encouraged and aided by successive governments of the Socialist Party (PSOE ) after the transition.

The indictment of MartÃ­n Villa by Servini is a political denunciation of the Transition. The man promoted by the Spanish ruling class as helping to achieve reconciliation between the Spaniards after the civil war and to usher in a new era of peace and capitalist democracy under the aegis of the European Union (EU) and the NATO, is presented as a ruthless and unrepentant henchman of the Franco regime.

In the indictment, the judge wrote: “The whole of the repressive structure put in place by the Franco regime has continued to function under the leadership now of the new political leadership in charge of the Transition process”, adding that the members of this structure were assured of “impunity”. This allowed the security forces to suppress “demonstrations, meetings, etc., as they have done, with the systematic use of firearms and without worrying about killing or continuing to kill.”

Likewise, he adds that “Rodolfo MartÃ­n Villa knew and promoted the public order policy of this government of which he was a part, and that it was the same implementation under the Franco government”.

MartÃ­n Villa reacted to his indictment by telling the conservative Spanish newspaper ABC, “I am calm. I will appeal.

Villa’s reaction is not surprising. He enjoys almost unanimous support in the post-Franco Spanish political establishment. All the former prime ministers living since the Franco era – Felipe GonzÃ¡lez (PSOE), JosÃ© MarÃ­a Aznar (PP), Mariano Rajoy (PP) and JosÃ© Luis RodrÃ­guez Zapatero (PSOE) – wrote to Servini last September to defend the background of Villa. The former leaders of the trade union bureaucracy, CÃ¡ndido MÃ©ndez and NicolÃ¡s Redondo for the UGT and Antonio GutiÃ©rrez and JosÃ© MarÃ­a Fidalgo for CCOO, as well as the current high representative of the EU for foreign policy and former minister of the PSOE, Josep Borrell , joined them, among others.

Speaking to Servini in September 2020, MartÃ­n Villa cited Spanish Stalinist leader Santiago Carrillo, secretary general of the PCE in the 1970s, who died in 2012, to exonerate him from the events in Pamplona. Shortly after the events in Pamplona, â€‹â€‹Carrillo cynically declared that “in his life he had not seen action so transparent, so clean and with such capacity for immediate decision-making”.

The fact that the PSOE and the union bureaucracy come to the defense of a Francoist criminal like Villa shows that only a political movement within the working class can bring the torturers to justice and expose the full extent of Franco’s crimes. It will not come from appeals for justice in Argentina, nor from parties like Podemos and the unions. They are the direct heirs of those who defended the reactionary amnesty law of 1977 and are oriented towards the PSOE, the main party of bourgeois power since Franco’s death.

Over the past two years, the PSOE-Podemos government has not lifted a finger to facilitate these trials or investigations into fascist crimes. This mocks Podemos’ cynical tweet declaring: “The indictment of MartÃ­n Villa for the crimes of the Franco regime is a big step against impunity, but it is a shame that the Argentinian justice system is doing what should have been done there. has long been in Spain.

The fact is that the Stalinists and Podemos are fiercely hostile to any judgment against the Franco regime: such a movement would turn against their pro-austerity, pro â€œcollective immunityâ€ government. As far-right coup threats intensify in Spain and around the world, unions and pseudo-left parties like Podemos above all fear the emergence of a revolutionary movement in the working class, opposing the fascists on the basis of a revolutionary and internationalist perspective. This requires the construction of a section of the International Committee of the Fourth International in Spain.