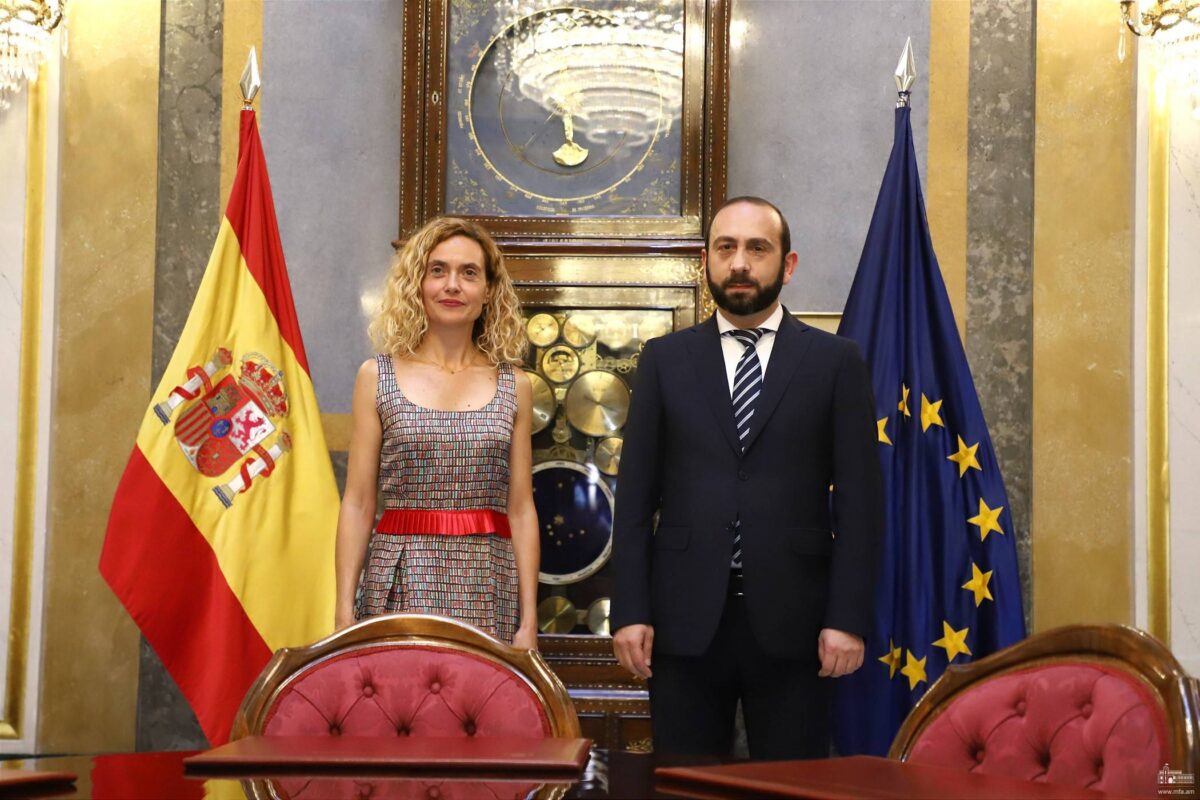 Armenian Foreign Minister Ararat Mirzoyan, who is on a working visit to Spain, met with Chairman of the Congress of Deputies of the Kingdom of Spain Meritxell Batet.

The interlocutors discussed interstate cooperation based on the historical relations and common values ​​of the two countries and peoples, as well as development prospects in the fields of political dialogue, economy and culture. The need for effective inter-parliamentary interaction and an intensification of relations between parliamentarians, including through the work of friendship groups, was highlighted. The parties stressed the importance of cooperation between the legislative bodies of the two countries within international parliamentary platforms.

Ararat Mirzoyan presented to Meritxell Batet the reforms implemented in Armenia aimed at strengthening democracy, protecting human rights and promoting the rule of law, as well as on the effective fight against corruption. The Foreign Minister underlined that since 2018, Armenia has been following the path of democracy, and despite the consequences of the war and the Covid-19 pandemic, significant progress has been made in the establishment of democratic institutions thanks to the reforms implemented by the government. .

During the meeting, a number of international and regional security issues were also discussed.

Minister Mirzoyan briefed the President of the Congress of Deputies of Spain on the efforts of the Armenian side towards the establishment of peace and stability in the South Caucasus, as well as the latest developments related to relations between Armenia and Azerbaijan, the process of settling the Nagorno-Karabakh conflict.

Both parties emphasized the peaceful settlement of the Nagorno-Karabakh conflict and stressed that the use of force cannot be considered as a means of resolving the conflict.

In the context of the humanitarian challenges resulting from the 44-day war launched by Azerbaijan, Ararat Mirzoyan underlined the urgency of the repatriation of Armenian prisoners of war and other detainees, as well as the need for the preservation of Armenian cultural and religious heritage. . in the territories that fell under Azerbaijani control.

Ararat Mirzoyan also briefed the interlocutor on the latest developments in the normalization process between Armenia and Turkey.