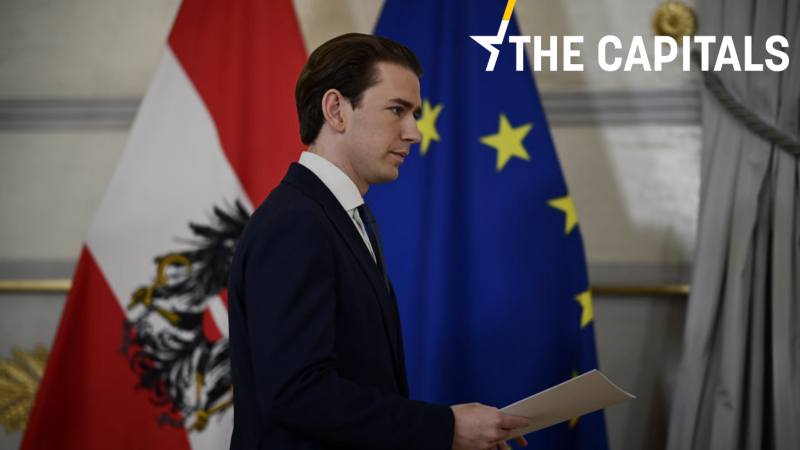 The Capitals brings you the latest news from across Europe, through on-the-ground reporting by EURACTIV’s media network. You can subscribe to the newsletter here.

The European news you deserve to read. welcome to The capitals by EURACTIV.

In today’s news from the Capitals:

Since the resignation of Sebastian Kurz as Chancellor of Austria and his replacement by Alexander Schellenberg, the opposition has claimed that Kurz will continue to act as â€œshadow chancellorâ€ and pull the strings behind the scenes. Read more.

Slovenian Presidency reaches agreement on expanding EMA mandate. The Slovenian Presidency of the Council of the EU and European Parliament negotiators reached a temporary agreement on an increased role of the European Medicines Agency (EMA) in crisis preparedness and crisis management in the field of drugs and medicinal accessories, the Health Ministry announced Thursday. Following.

Volkswagen is delaying investment decisions amid persistent chip shortages. Volkswagen, one of the Gof Germany’s largest automakers, said it would delay a decision on its five-year investment plan from Nov. 12 to Dec. 12, as its revenue fell in the third quarter. Read more.

Thierry Breton visits French ministries ahead of the country’s EU presidency. European Commissioner for the Internal Market, Thierry Breton, began a two-day visit to Paris on Thursday. He is due to meet several members of the French executive ahead of the rotating presidency of the Council, which he will assume in January. Read the full story.

The Irish government is asking for comments on the well-being framework. Dublin announced the launch of a “public conversation” on its proposed wellness framework, calling for comment on the plan. Read more.

Lavrov launches a charming campaign in Norway. Russia seeks closer security cooperation with Norway, even though NATO is not Russia’s friend, Foreign Minister Sergey Lavrov said during his visit to TromsÃ¸ in northern Norway. According to him, “the continuation of consultations” between the ministries of defense is on the agenda. Read more.

Merkel’s last visit to Greece after years of troubled relations. Angela Merkel is making her last visit to Greece as German Chancellor after years of strained relations mainly due to a bailout that almost led to a Grexit. Speaking to EURACTIV.com on condition of anonymity, a former Greek minister explained what Merkel thinks of the Greek politicians who have dealt with them for all these years. Read more.

Spain’s inflation rate hits a record high in 29 years as the labor market continues to recover. Inflation in Spain hit a record 5.5% in October, mainly propelled by high electricity and fuel prices not seen in the Iberian country since 1992, new data released Thursday by the National Institute of statistics (INE). Read more.

OrbÃ¡n turns around on compulsory vaccination. Employers will have the right to require workers to receive COVID vaccine despite earlier comments from the Hungarian Prime Minister that mandatory vaccinations would not work. Read more.

European Association of ENCJ judges expels Poland National Council of the Judiciary (KRS). The European Network of Judicial Councils expelled the National Judicial Council (KRS) on Thursday at a meeting in Vilnius. Three years ago, the KRS was suspended due to problems with the rule of law in Poland. Read more.

NEWS FROM THE BALKANS

BiH at the center of diplomatic activities. “BiH’s path from Dayton to Brussels leads to reforms, including step-by-step electoral legislation and economic reforms that will benefit all citizens,” US Special Envoy for the Western Balkans Gabriel Escobar told the subcommittee: Europe, energy, environment and cybernetics in the Chamber of Deputies. Read more.

Prosecutors and authorities are currently investigating the threat, according to government spokesman Preparim Kryeziu. He added that Kurti will continue with his schedule, but no further details have been made public regarding the situation.

Rally for Kosovo war rape victims held in New York. Hundreds of women and allies marched through New York on Thursday to demand justice for survivors of unpunished rapes by Serbian forces during the Kosovo war.

Survivor Vasfije Krasniqi organized the march under the name of her organization Rally for Her Justice. Simultaneously, small rallies were held in front of the Serbian Embassy in Tirana, Albania, to show solidarity with 20,000 ethnic Albanian women, girls and men who were sexually assaulted during the 1998-1999 war. (EURACTIV.com)