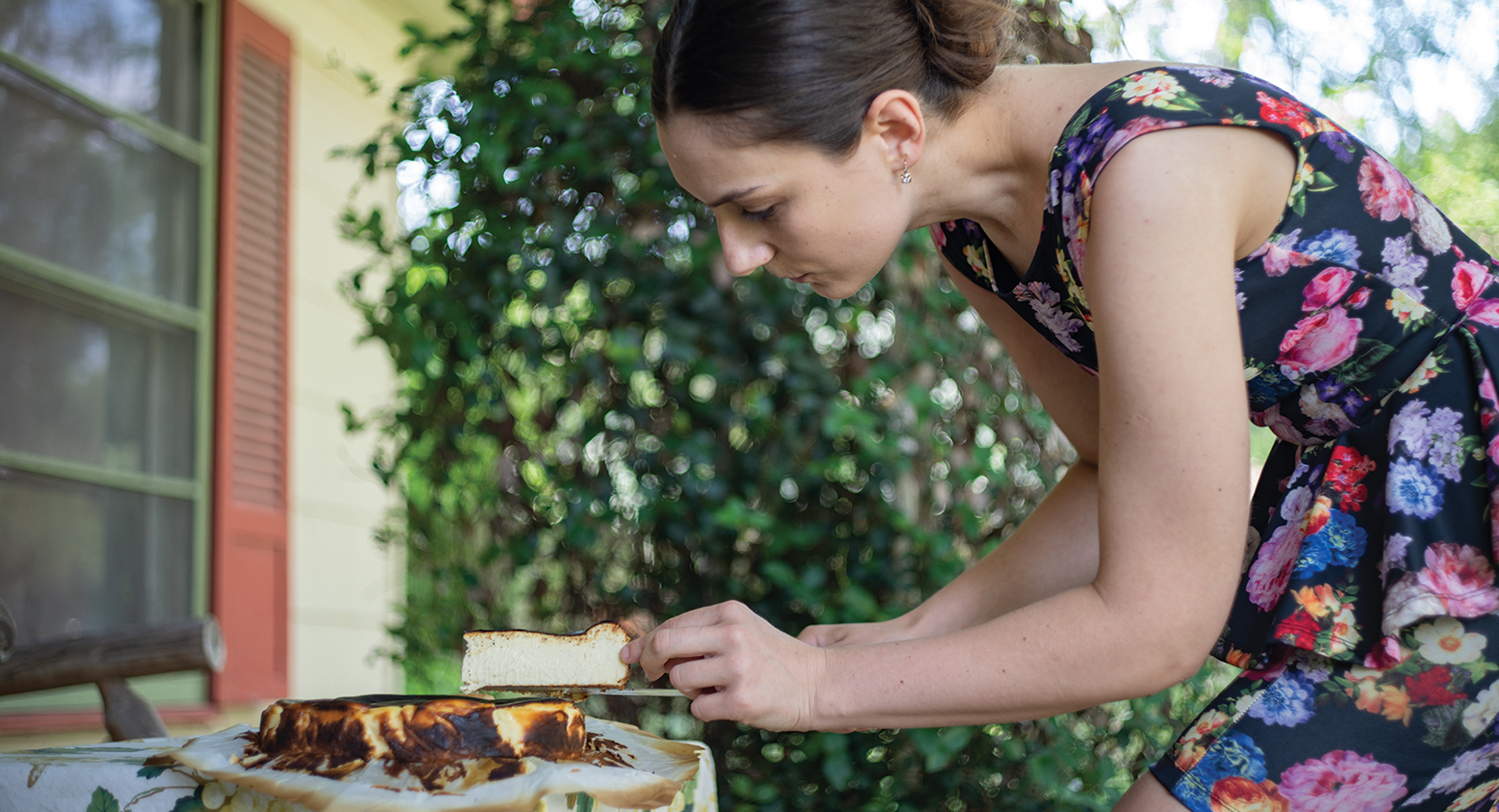 As missiles rained down on Ukraine and Russian troops advanced towards Mariupol on February 24, Olga Koutseridi sat in front of her television, too shocked to move. With her family still living in the southeastern port city, the native Ukrainian was desperate to hear news about her grandmother and aunts from world media. Almost immediately, the internet was cut in his home country and communication lines were cut. After 24 hours of not knowing where they were, Koutseridi couldn’t sit still.

“Until monday [Feb. 28], I needed to feel useful,” says the baker. “Just to swing into some kind of action, I sent out an announcement via my newsletter saying that the proceeds from my Basque burnt cheesecake would be donated to different charities in Ukraine. I opened a wave of slot machines, and they kept filling up and filling up.

A country baker who has been selling naturally fermented breads and pastries from home since 2019, Koutseridi has gained growing recognition from some of the biggest names in the culinary scene. Chefs like Luis “Beto” Robledo (Cuantos Tacos), Tracy Malechek-Ezekiel (Birdie’s), and Tavel Bristol-Joseph (Emmer and rye) all enthusiastically championed its airy honey cake, dark chocolate sourdough babka, and Italian cream-filled maritozzi. But when Ukraine was attacked, all that was abandoned.

Streamlining operations, the pastry chef focused on her most popular item and spent every spare minute she wasn’t at her full-time job (as Senior Advanced Degrees Coordinator for Global Mobility at UT) for baking Basque cheesecakes. Inspired to raise funds for UNICEF Ukraine, Koutseridi enthusiasts began ordering the cakes in record numbers, often weeks later. The fatigue was apparent in his voice when I spoke to him three months later, especially after weathering a nationwide cream cheese shortage that threatened to put an end to his philanthropic resolutions. But that’s when Austin’s restaurant industry stepped in to help once again.

Coming empty to the Restaurant Depot and local grocery stores, Koutseridi began to plead her case to bagel stores like Nervous Charlie’s and Rosen’s Bagel Co. The response was quick, as the stores donated up to 60 pounds each. “Even though they were struggling too, they said, ‘Oh my god, thank you for what you’re doing,'” Koutseridi says. “Without that community support, I couldn’t have gone on.”

Maintaining a business through social media and local efforts is not unusual for Koutseridi. Having originally moved to Austin to pursue his own Ph.D. at UT, where she studied grain trade and transportation in the Roman Republic, she started cooking to blow off steam. Homesick and hungry for a taste of Ukraine, she taught herself the principles of fermentation and eliminated all commercial yeasts to replicate flavors from abroad. Koutseridi channeled his research skills into finding cereals and esoteric ingredients like currants and currants. Gathering feedback from friends and colleagues on everything from pretzels to panettone, she says she was finally confident enough in her skills to start selling her results two years later.

Until the tragic events of late February, the baker was tactful in diversifying and enriching Austin’s culinary scene by exploring lesser-known global treats. For example, offering Swedish cardamom buns one week and Eastern European donuts the next. She even trained in making local pork fat to more accurately produce the glaze required on ensaimada, a puff pastry from Mallorca.

For now, though, it’s all about these deeply caramelized Spanish-style cheesecakes. Variety will eventually return to her repertoire, but not when she gets the chance to support those who need it most. A few days after that first airstrike on Mariupol, Koutseridi came across an online Telegram group that shared information about areas that had been bombed in the city. She discovered that her family had indeed escaped, first to a nearby village in March and then across the border to Russia. But hundreds of others weren’t so lucky.

To this day, Ukrainians starve as supply routes are destroyed and Russian forces destroy valuable farmland. Her grandparents’ house – the site of her earliest childhood food memories – is gone. That’s why, in addition to raising funds for UNICEF, she preserves family recipes in the region with Olia Hercules and Alissa Timoshkina of #CooksforUkraine.

“I cooked non-stop to overcome the trauma,” says Koutseridi. “One of the reasons I cook is that food helps trigger memories of being home. It’s a way of preserving what is destroyed by war.