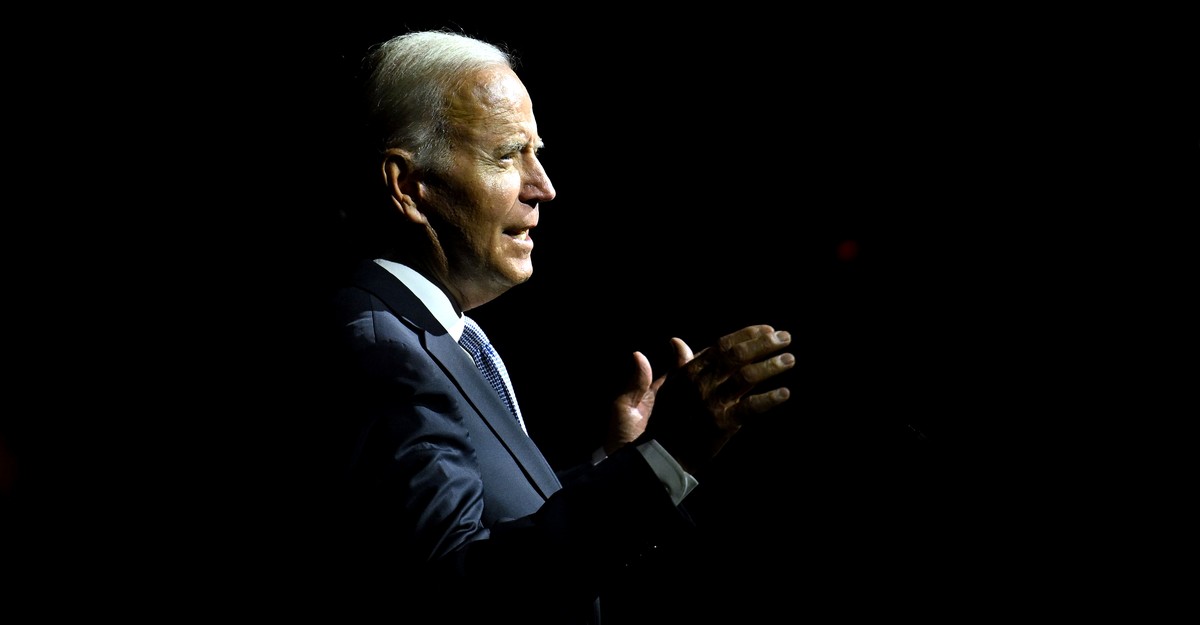 The principles of classical liberalism that underpin the American political system emerged at a time, the late 17th century, when people were worn out by violent religious wars. The philosophy that ultimately created our democracy was therefore designed to “lower the temperature of politics”, as Francis Fukuyama recently wrote, to eliminate questions of existential truth so that people could live in safety. In liberal democracies, citizens were persuaded to adopt a culture of moderation, restraint and respect for the rule of law; respect for the right of others to think what they want; support for independent courts, checks and balances and neutral institutions such as electoral commissions. None of this has necessarily been very inspiring to people who seek great emotion, feelings of unity, or moral crusades in public life. In Liberalism and its discontentsFukuyama argues that the values ​​of liberal democracy are by definition “thinner than those offered by societies bound by a single religious doctrine,” and he is right.

This is the root cause of the most serious problem that Joe Biden, and not just Joe Biden, faces: how to energize citizens to defend moderation, how to create enthusiasm for institutions designed not to be exciting, how creating enthusiasm for the political center — people of all political persuasions who always play by the rules and understand why they matter. Above all, how to make Americans understand that the challenge launched by the “MAGA Republicans”, as the president called them in his speech last night, is not a normal political challenge. Trump’s political movement is not a threat to liberal democracy because of his beliefs on taxes, spending, welfare, immigration, energy policy or even abortion, even though some Americans may disagree with them vehemently. She’s also not threatening because she’s conservative, because she’s not conservative at all in the traditional sense.

The Republicans of MAGA are rather a threat because their leader does not accept the results of the elections when he loses them; because he does not believe that the rule of law applies to him; because he does not adhere to the culture of restraint, tolerance and moderation; and because he is now seeking to help elect other politicians who feel the same way. In their drive to change the political system and ensure they can retain power even if they lose, Trump supporters have verbally and at times physically attacked Capitol police, election officials, the FBI, the Department Justice and civil servants. He and his cronies use violent language, and they inspire violence in return. As Biden said last night, they “tried everything last time to nullify the votes of 81 million people. This time they are determined to succeed in thwarting the will of the people.

For most of his presidency, Biden has dealt with this issue largely ignoring it, barely mentioning Trump. Instead, he sought to change the subject, to talk about infrastructure or climate policy rather than existential issues. As a means of dealing with violent political division, this tactic has a long history. It was used in Northern Ireland, for example, where the idea was to get people talking about building community centers so they would stop talking about killing each other. Some European politicians challenged by the far right in their own countries have attempted something similar. Pablo Casado, until recently the leader of Spain’s center-right, once told me that he wanted to focus on the economic issues underlying the culture wars. He hoped to win support among people who wanted a pragmatic, non-ideological conversation.

But in a culture as vociferous as ours, and in a world where social media algorithms automatically promote the most emotional thoughts and posts, this tactic can fail. Moderate language is drowned out. Talking about infrastructure sounds boring; climate change seems too distant a prospect to matter. Restraint can look like weakness or indifference. Another European politician, center-right Polish leader Donald Tusk (who is also fighting an anti-democratic political movement), told me he thinks politicians should be “willing to sacrifice something, risk something” or their voters would not take them seriously. In Biden’s case, moderation can also feel like exhaustion, like he’s too old and tired to care much.

But clearly Biden cares. So he took the risky and genuinely courageous step of using emotional language to defend our rules-based political system. The speech he gave last night at Independence Hall in Philadelphia, the place where many of these rules were written, was indeed lit and orchestrated to evoke the drama. It also aimed to evoke strong feelings of patriotism, unity and connection. Biden referenced American history – “We the people have within each of us the flame of freedom that was lit here in Independence Hall” – as well as American pride. He contrasted Trump’s dark, apocalyptic worldview with his own: “I see a different America, an America with an unlimited future, an America that is about to take off. The United States, he said, “is still the beacon of the world, an ideal to be achieved, a promise to be kept. There is nothing more important. Nothing more sacred.

Biden actually used the word religious sacred three more times, speaking of the “sacred ground”, the “sacred flame”, and the “sacred proposition that all are created equal in the image of God”. But he sought to evoke anger as well as patriotism. When he excoriated Republicans from MAGA, he did not use the normal political language of dissent, but characterized their movement as a form of “extremism that threatens the very foundations of our republic“. Finally, he issued a call to action, telling Americans what he thinks they should do about it: not commit retaliatory violence, but “talk, talk, engage, vote, vote , vote!”

The use of political emotion in a deeply divided society carries certain dangers. It’s guaranteed to elicit an equally emotional response from the other side, raising temperatures instead of lowering them. Angry language also angers the other side and can also galvanize voters. It was precisely this backlash that rippled through pro-Trump media and social media last night after the speech. Fox News host Tucker Carlson said the president had “gone through a very dangerous, very dangerous place.” Biden was accused of “criminalization of the political opposition”. House Minority Leader Kevin McCarthy said Biden chose “to divide, belittle and denigrate his fellow Americans.” The Republican Party will undoubtedly start raising funds from Americans who do feel belittled and belittled. I expect some Democrats to feel uncomfortable with Biden’s speech for the same reason.

Another danger is that the speech will be seen as partisan, as a call to vote for Democrats, rather than a call for all Americans to support liberal democracy. It’s clear the White House was aware of this danger, which is why Biden addressed “Democrats, independents, and mainstream Republicans.” It’s also why he went out of his way to note that “not all Republicans, not even the majority of Republicans, are MAGA Republicans.” Not all Republicans embrace their extreme ideology. I know that, because I got to work with these mainstream Republicans. Unfortunately, the timing of the speech, in the run-up to the midterm elections, will lead many to reject it anyway. So will Biden’s oblique and (in this context) perhaps unnecessary references to abortion and contraception. Republican politicians and TV anchors will deliberately frame the speech in such a way that GOP voters will interpret it as partisan, and many voters will only ever hear that commentary and not listen to the words of the speech at all.

Most dangerous of all, however, is the possibility that in a tribalized political system such as ours, the Constitution, once championed by one political camp, might itself appear as a partisan cause, something that Democrats and perhaps be Liz Cheney care. around, but no one else. If, in order to be a full member of the Republican Party, you have to continue to pretend that the 2020 election was stolen and that the January 6 insurgents were patriots, then you may end up believing that the rule of law is a thing to do. defeated, not respected. Election laws become something your enemies care about, not you.

Biden is betting we’re not at that point yet. The language of his speech assumed that in making an emotional appeal for liberal democracy, he was always speaking to a decisive majority of the country. This is why he continued to use the expression we the people, a phrase that, of course, refers to the Constitution, but also expresses a sense of unity – a unity that should, in principle, always include people with a wide range of political tastes and opinions. “We the people,” he said, “accept the results of free and fair elections.” We the people “see politics, not as all-out war, but as a mediation of our differences”. And again: “We the people,” Biden said, “have within each of us the flame of freedom that was lit here in Independence Hall.”

This sentence assumes that the seventeenth century ideas debated in Philadelphia in the eighteenth century still mean something to the citizens who live them today. Biden clearly believes that. The future of liberal democracy in America depends on whether he is right.