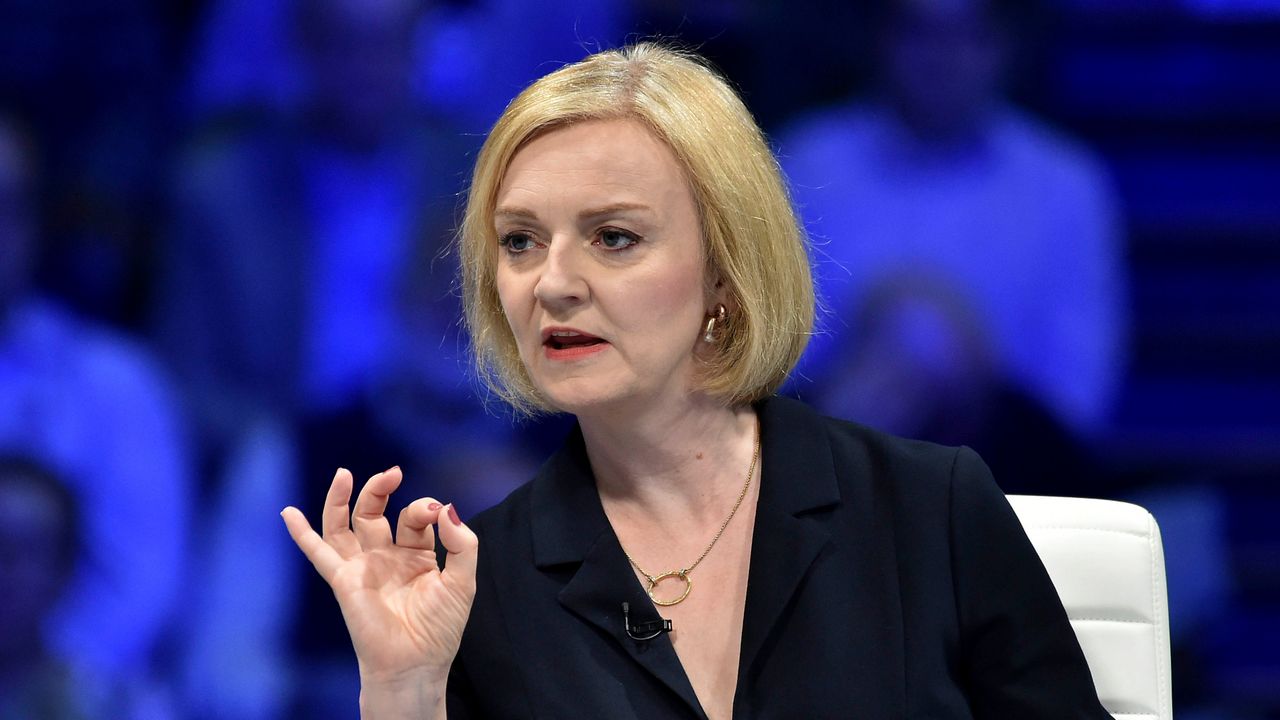 Liz Truss, Foreign Secretary and very likely the UK’s next Conservative Prime Minister, has said she will launch a nuclear strike on Russia even if the result will be “global annihilation”.

During a Conservative Party leadership race in Birmingham on Tuesday to determine who will replace Boris Johnson, John Pienaar of Times Radio told Truss that if she became prime minister, she would be quickly shown the procedures for launching nuclear missiles from Britain’s Trident submarines. “It would mean global annihilation,” Pienaar said. “I won’t ask you if you would press the button, you will say yes, but facing this task I would feel physically ill. How does that thought make you feel?

With dead eyes and an emotionless expression, Truss replied: “I think it’s an important duty of the Prime Minister and I’m ready to do it.”

“I’m ready to do it,” she repeated, drawing a round of applause from the assembled Conservatives.

Truss’ robotic, instantaneous response must sound a warning to workers everywhere about the current proximity of nuclear Armageddon.

She speaks as one of the main hawks among the NATO powers to support the Ukrainian regime’s proxy war against Russia and as a leading propagandist for a direct military conflict with Moscow. In February, Russian President Vladimir Putin put Russia’s nuclear forces on high alert, with spokesman Dmitry Peskov citing “unacceptable” comments “from various representatives at different levels” about possible “clashes” between the nuclear forces. NATO and Moscow: “I would not qualify the authors of these statements by name, although it is the British Foreign Secretary.

Truss had recently said Sky News“If we don’t stop Putin in Ukraine, we are going to see others threatened: the Baltic countries, Poland, Moldova, and that could end in a conflict with NATO.”

But Truss also speaks on behalf of the entire British ruling class. Not only would his leadership rival, Rishi Sunak, also say yes, but any other member of Britain’s political establishment seeking the country’s highest office would too.

Since tensions with Russia and China began to be heightened by London and Washington, it became necessary to openly declare a readiness to start a nuclear war. It started in 2015, when Jeremy Corbyn first won the leadership of the Labor Party, mainly due to his opposition to the war in Iraq and leadership of the Stop the War Coalition. When asked in a September 15 interview if he would ask UK defense chiefs to use the Trident nuclear weapons system if he became prime minister, Corbyn said no. He came under relentless attack, with conservatives, Blairites and military figures declaring him unfit for office, and he capitulated on all fronts.

During a debate on July 18, 2016, newly installed Conservative Prime Minister Theresa May said she was ready to launch a nuclear strike billed as an attack on Corbyn. Corbyn’s replacement as Labor leader, Sir Starmer, was also asked by the BBC on February 10 this year if he would be prepared to use nuclear weapons and replied: “Of course”. It was just 14 days before Russia invaded Ukraine.

Starmer was speaking following a meeting with NATO Secretary General Jens Stoltenberg during which he said: “Whatever challenges we have with the government, in terms of Russian aggression, we stand in solidarity.

This is the broader international significance of Truss’ declaration for nuclear war. This is not just the policy of British imperialism. This is the policy actively pursued by all NATO powers, led by the United States.

The NATO summit in Madrid, Spain, in June adopted a strategic document outlining plans to militarize the European continent, massively escalate war with Russia and prepare for war with China. It pledged specifically to “provide the full range of forces ‘necessary’ for high-intensity, multi-domain combat against peer-to-peer nuclear-armed competitors”.

Russia and China have been designated as a “threat” and a “challenge” respectively to “our interests”. NATO’s “nuclear deterrence posture”, centered on US nuclear weapons “forward deployed in Europe”, is placed at the center of a strategy “to deter, defend, challenge and deny in all areas and in all directions”.

NATO military figures already feel free to openly discuss nuclear war. At a symposium in June, the head of the German Luftwaffe, Ingo Gerhartz, said: “For credible deterrence, we need both the means and the political will to implement nuclear deterrence, if necessary. “, before adding:” Putin, do not confuse with us! On August 13, Hamish de Bretton-Gordon, the former commanding officer of the United Kingdom’s Joint Chemical, Biological, Radiological and Nuclear Regiment, wrote in the Telegraph to insist, “Britain should prepare for nuclear war”.

Truss translated those talks into the fascinating barks and growls that made her the darling of the Conservative party.

How should workers react to such political madness?

Modern nuclear weapons are far more powerful than those dropped on Hiroshima and Nagasaki. Just 50 could kill 200 million people, the combined populations of Britain, Canada, Australia, New Zealand and Germany. But that would only be the beginning. Modeling from Rutgers University predicts that full-scale nuclear war would trigger massive fires and soot clouds that would block out the Sun and devastate crops. An ensuing nuclear ice age would starve three-quarters of the population and kill up to five billion people in two years. Even a “smaller” nuclear conflict would likely result in 2.5 billion deaths.

One must first accept what has long been considered the unthinkable: the imperialist powers are actively considering the use of weapons that would destroy humanity and perhaps all life on earth. A March 26 WSWS Perspective by Joseph Kishore and David North accurately described this as “Crossing the Psychological Rubicon.” He warned of the conflict in Ukraine: “The world is being brought to the brink of nuclear catastrophe by the United States and other major NATO power governments whose leaders are making decisions in secret while concealing the real geopolitical and economic interests in whose name they act. .”

Second, the root causes of war must be understood. What is happening is a repartition of the world by the great imperialist powers. The American and European governments do not react to an “unprovoked” act of Russian aggression. They seek to complete a policy of military encirclement carried out since the dissolution of the USSR in December 1991, preparing for the fall of the Putin regime and the takeover of Russia’s vast resources in the name of finance capital.

The only social force that can stop this catastrophic eruption of imperialist military violence is the international working class, waging a struggle against capitalism and for socialism. In his 2022 Congress resolution, “Mobilize the working class against imperialist war! the Socialist Equality Party in the United States explains:

“At its most fundamental level, imperialist war arises from the fundamental contradictions of the capitalist system – between a global economy and the division of the world into rival nation-states, in which private ownership of the means of production is entrenched. These same contradictions, however, produce the objective basis of world socialist revolution. Already, the consequences of the war are greatly intensifying social conflict in the United States. The impact of soaring inflation is driving the class struggle, including the eruption of strikes and protests among autoworkers, airline workers, health care workers, educators, service workers and other sections of the working class.

This is true internationally. In the UK, for example, a wave of strikes is developing that can sweep Truss and the Tories out of power.

What is demanded in every country is that the workers wage the class struggle on the basis of a socialist programme, mobilizing against war and against all the efforts of the ruling class, its governments and its parties, and the union bureaucracy to make them pay for the war with wage cuts. , job losses and accelerations. Above all, workers must consciously reach out to their class brothers and sisters to wage a common fight against the common enemy. The questions could not be put more bluntly: world war and nuclear annihilation, or world socialist revolution.