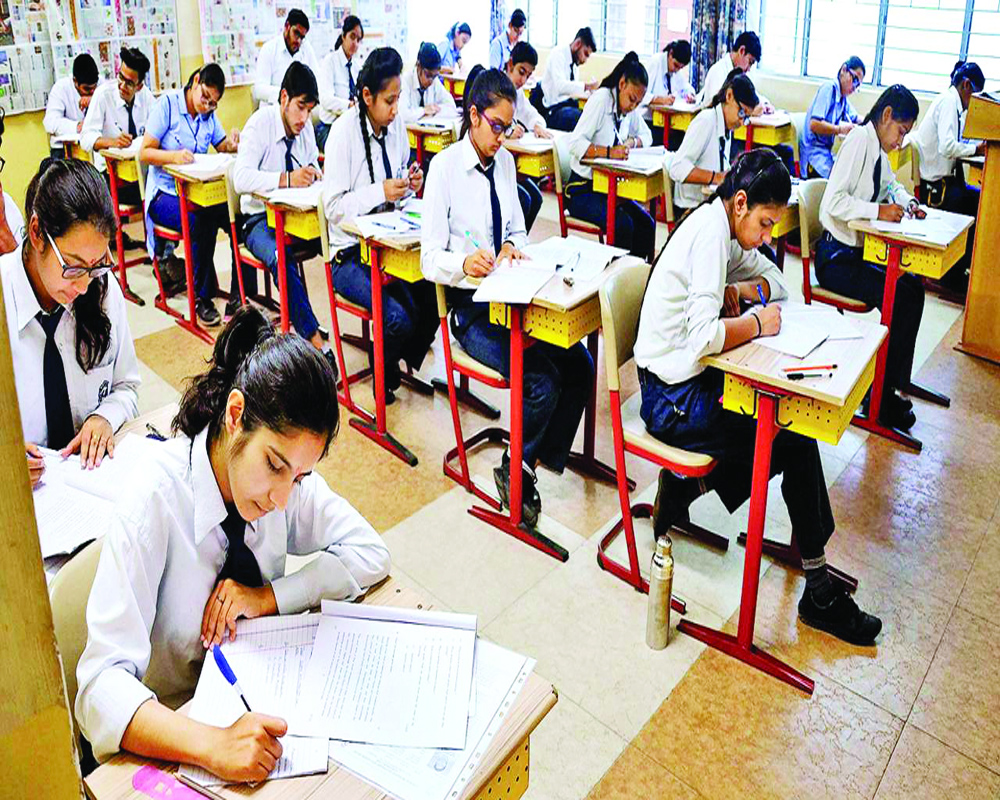 Case of early teaching in the mother tongue

The NEP was right to suggest that the first five years of learning should be in the mother tongue. Then the child can be moved to English support

English as the language of instruction has become a political issue in the Telugu states. Choosing between mother tongue and English as the language of instruction is a difficult situation all over India and the debate about it has been going on for decades, albeit in an unorganized way. Telangana Chief Minister K. Chandrasekhar Rao (KCR) chaired a Cabinet meeting on 17th January 2022 which decided to opt for English support from first class and continue concurrently with Telugu support for students who choose it. It is against the National Education Policy 2020 (NEP) that the Narendra Modi government finalized. BJP leaders in Telangana understandably opposed the state government’s decision.

Andhra Pradesh Chief Minister YS Jagan Mohan Reddy (JMR) wanted English to be available in all government schools from the day he took office as Chief Minister. He said people asked him, when he met them in large numbers during his historic walkathon in 2017-2018, about an English medium. No doubt, this is a popular request. Should governments trust what people ask for or what is good for people? Soon after taking power, JMR had shown keen interest in developing public schools by giving them a facelift and providing sufficient infrastructure. At first, it didn’t plan Telugu support at all. After an outcry from advocates of the mother tongue as the language of instruction, he said he would have Telugu in some schools. The policy has run into difficulties, legal issues and the government wants to implement the new policy as soon as the new school year begins.

“According to the United Nations Declaration of Human Rights, education is the right of every child. The type of education children should receive depends on their parents, who are the ultimate decision makers. Parents want their children to study in English right from the start of schooling,” said Prof. Limbadri, Chairman of the Telangana Higher Education Council. He said the government is preparing to improve facilities in public schools under the pilot program “Mana Ooru – Mana Badi” (Our Village – Our School). In a way, KCR follows JMR policy diligently. Telangana will not completely remove the Telugu medium. This will allow him to have a natural death.

Twenty years ago, 80% of students attended public schools and 20% private schools. By 2005, the percentage of students studying in public schools had fallen to 70%. Now it’s less than 45%. Telangana leads the provision of English education for SCs, STs, OBCs and minorities through Boarding Schools, Model Schools and Gurukul Schools. Without making it public, the government allowed teachers to switch to English wherever there was popular demand. A number of public schools have been closed due to lack of English language.

Dalit scholar Chandrabhan Prasad has long said that English has been the greatest liberator from the Dalit caste hierarchy. Decades of deprivation of English have deepened inequalities. An intellectual said that the fanatics of the mother tongue keep India poor and backward. If we didn’t have English-speaking schools, we wouldn’t have Padma Bhushans like Satya Nadella and Sunder Pitchai at the head of prestigious multinationals such as Microsoft and Google.

However, switching to English overnight will not be easy. Bilingual teaching materials must be prepared. There will be considerable investments at the beginning. Teachers must be trained. What India spends on education pales in comparison to the United States and other developed countries. It must be multiplied by several.

The NEP states that “where possible, the language of instruction through at least Grade 5, but preferably through Grade 8 and beyond, will be the language spoken at home/mother tongue /the local language/the regional language”. There is a strong scientific consensus that teaching a child in their own language is the best teaching method.

Like India, Nigeria is a multilingual country with a history of British colonialism and the English language dominating its education system. Pioneering Nigerian educator Aliu Fafunwa started a project in 1970 in which experimental groups of students were taught in their own native Yoruba language for their first six years. They did much better in their studies than those who learned in English. Nancy Modiano in Mexico experimented with the same lines in 1973 and achieved a similar result. Children who were taught in their native language at first and later switched to Spanish performed better than children taught only in Spanish from grade one. No such comparative study has been undertaken in India, let alone in AP and Telangana.

Section 350A of the Constitution stipulated that each state and local authority shall endeavor to provide “adequate means of instruction in the mother tongue at the primary level of education for children belonging to linguistic minority groups”. The Kothari Commission on Education and National Development (1964-66) suggested that in tribal areas, during the first two years of school, instructional material and books should be in the local tribal languages. Regional languages ​​should be taught separately and should become the medium of instruction in the third year. The government of Odisha had started implementing this policy in 2007. The Right to Education Act 2009 also insists on teaching children in their mother tongue. But successive governments have tinkered with education. Far from encouraging private schools to drop English, the union government does not use the native language in its own network of elite Kendriya Vidyalay schools.

English is a language of science, technology, computing, internet, journalism, website, etc. 80% of the information entered into the computers is in English. The fact is that English or Spanish or any other language can be learned best on the foundation laid by the mother tongue. A small child only spends three or four hours a day at school. The rest of the child’s time is spent in a non-English speaking environment. If we force her to learn English directly, it will amount to rote learning. The NEP was right to suggest that the first five years of learning should be in the mother tongue. Then the child can be moved to English support. English as a language should be taught from the first grade. Until year 5, the language of instruction would be the mother tongue. Then, from grade 6, the mother tongue would become a subject and the language of instruction would be English. The transition would then be seamless.

If the Union government can make it compulsory for all government or privately run primary schools to teach only in the mother tongue up to year 5, the level playing field will be. Otherwise, there will be no buyers for the mother tongue as the language of instruction.

(The author is a senior journalist and editor, primepost, a Hyderabad-based news website. Opinions expressed are personal.)