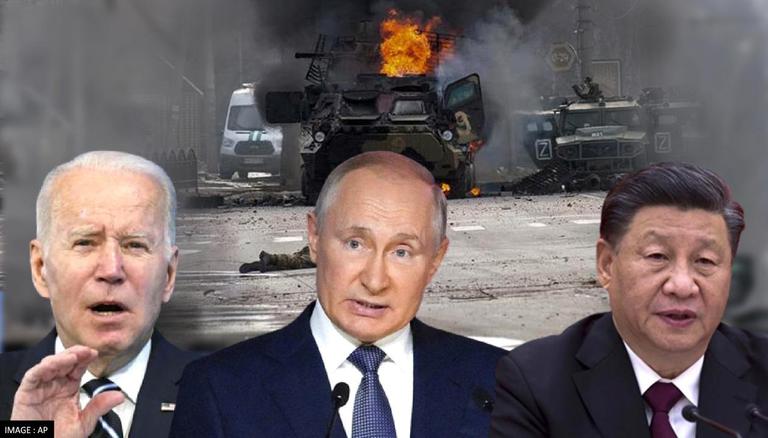 On Tuesday, China urged the United States not to affect Beijing’s legitimate rights and interests when dealing with Russia over the Ukraine crisis. As US-China relations continue to sour with varying accounts of the Russian-Ukrainian war, Chinese Foreign Minister Wang Yi was asked if Beijing is concerned about US sanctions. In response to this, he said the sanctions will hurt all parties in the context of a pandemic-stricken global economy.

In one of the most explicit remarks about the sanctions threatened by the United States, Wang, in a phone call with his Spanish counterpart Jose Manuel Albares, said on Monday that “China is not a party to the crisis. and also does not want the sanctions to affect China,” adding, “China has the right to safeguard its legitimate rights and interests.”

The latest development comes against the backdrop of the United States warning China, or any other country, of sanctions against aiding Russia in its invasion of Ukraine. The Russian-Ukrainian war has now entered its 20th day and reports have emerged that Russia has asked China for humanitarian and military aid, including “ready-to-eat” meals for Russian soldiers. While China has denied sending aid to Russia, the United States has warned countries against siding with Russia.

US and China meet in Rome amid Russian-Ukrainian crisis

Amid the escalating crisis in Europe after Russia launched its invasion of Ukraine on February 24, US and Chinese officials met for a key high-level meeting in Rome on March 14. The meeting between White House National Security Adviser Jake Sullivan and China’s top diplomat, Communist Party Politburo member Yang Jiechi, continued for about seven hours during which they discussed a series of global issues, including Ukraine. It is noteworthy that US officials had begun to reveal Russia’s offer for Beijing’s military and economic assistance.

Sullivan said on CBS’ “Face the Nation” on Sunday, “there is an escalation of rhetoric from the Russian side trying to accuse the Ukrainians and the United States of potentially using chemical and biological weapons.”

“It is an indicator that in fact the Russians are preparing to do this and trying to blame it on someone else. And no one should fall into the trap,” he also said.

Notably, among the aid Russia has requested from China, CNN sources say, also included packaged non-perishable military food kits, known in the United States as “ready-to-eat meals.” According to the report, the request underscored fundamental logistical challenges that analysts and military officials say have hampered Russian progress in Ukraine — and raises questions about the fundamental readiness of the Russian military.

From the Editor | Amandala Diary

“Nothing matters to these Republicans but power – power and wickedness”