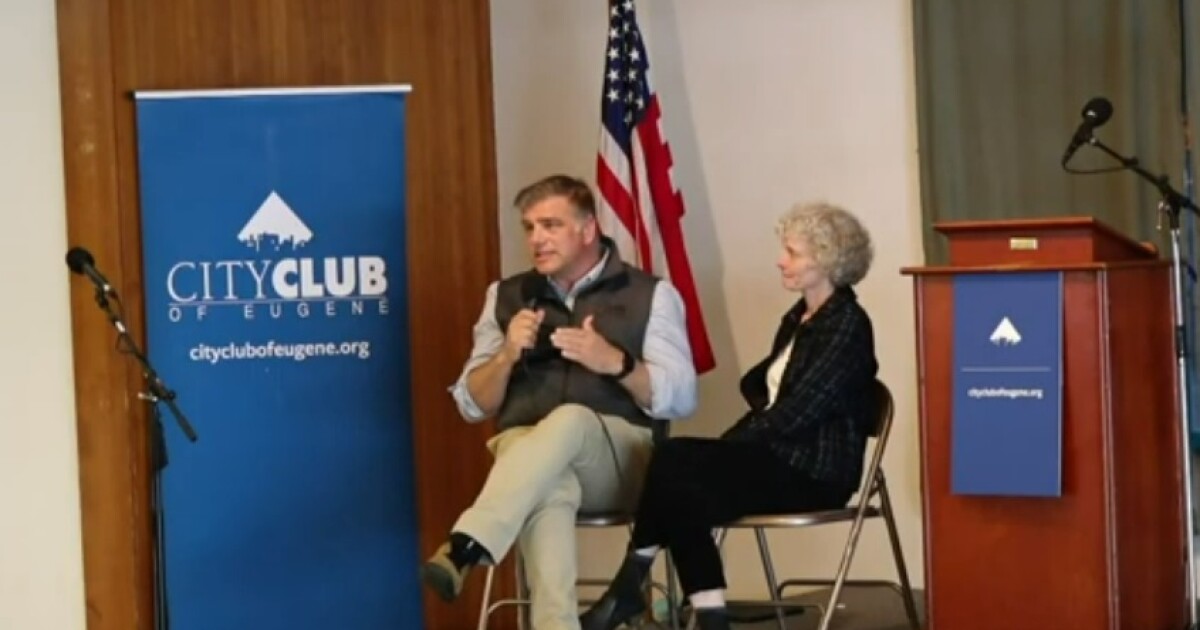 From the City Club of Eugene:

The most important international event at the moment is the conflict caused by Russia’s invasion of Ukraine. The consequences of this war have already been felt throughout the world. The bravery of the Ukrainian people is an inspiration to all of us. What is the history of relations between Russia and Ukraine leading up to this conflict? What does Russia want to achieve?

Experts in the history and cultures of this region will address these questions and describe the roles that Europe, the United States and NATO play in helping Ukraine. The fate of Ukrainian refugees in Europe and elsewhere will also be discussed. The lecturers have extensive experience in relations with Russian and Eastern European countries and migration patterns around the world.

Dr. Julie Hessler is an associate professor of history at the University of Oregon, specializing in the history of the former Soviet Union. His publications include A social history of Soviet trade (Princeton University Press, 2004) and Europe in the 20th century, (co-authored with Robert O. Paxton; 5th edition, Cengage, 2010). She is currently writing a book on the impact of cultural exchanges with postcolonial countries on the creative development and civic activities of Soviet intellectuals. She teaches courses on the USSR and contemporary Russia; soviet culture; the non-Russian USSR; Eastern Europe in the 20th century; and food in world history. She has traveled regularly to Russia and neighboring countries since 1990. She received her BA from Yale University, as well as an MA and Ph.D. from the University of Chicago. She joined the UO faculty in 1995.

retired American diplomat Keith A. Eddins is an assistant instructor at the University of Oregon. For three decades as a foreign service officer, Eddins served as business manager at the American Embassy in Slovakia and at the American Embassies in Moscow, Prague and Santo Domingo, as well as at the American Mission to NATO. His postings in Washington included the State Department’s Russia Desk and its NATO Affairs Desk. At the University of Oregon, Eddins taught in the Faculty of Law, the Masters in Conflict and Dispute Resolution program, the Faculty of Planning, Public Policy and Management, and the Russian Studies program, from Eastern Europe and Eurasia. He earned a BA from the University of Virginia and an MA from Princeton University. Eddins studied Russian, Czech, Slovak, Spanish, French, German and American Sign Language.

Dr Christoph Rass is Professor of Modern History and Historical Migration Studies at the Institute for Migration Research and Intercultural Studies (IMIS) of the University of Osnabrück (Germany). During the spring of 2022, he is serving as the Carroll Professor of History at the University of Oregon. Part of his research focuses on forced migration, mass displacement and the construction of the international refugee regime throughout the 20th century. His work also includes several collaborative projects in Belarus and Ukraine.

About the City Club of Eugene:

The mission of the City Club of Eugene is to build community vision through open inquiry. The Club explores a wide range of important local, state and national issues and helps formulate new approaches and solutions to problems. Membership is open to all, and Club members directly influence public policy by discussing issues of interest with elected officials and other policy makers. The City Club’s mailing address is PO Box 12084, Eugene, OR 97440, and its website is cityclubofeugene.org.

This program will be broadcast live and the videotape will be available on the City Club of Eugene Facebook page and You Tube channel, in addition to our website. It will air on Monday, June 20, at 7:00 p.m., on KLCC 89.7 FM.