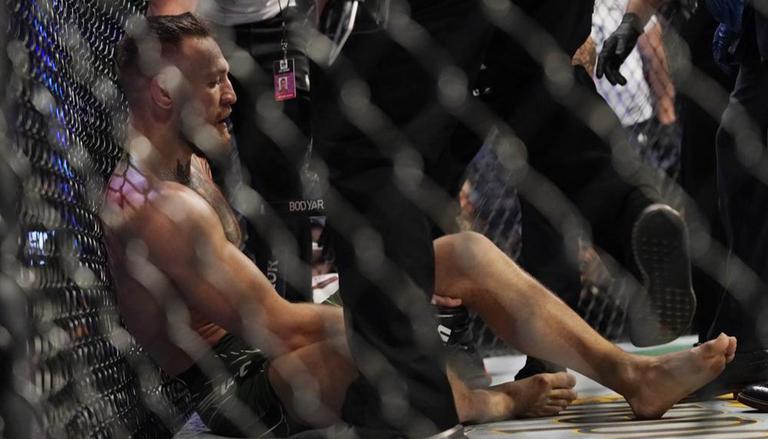 The problems continue to mount for UFC star Conor McGregor as he faces another day in court after being arrested for dangerous driving on the streets of Dublin. According to Spanish outlet MARCA, Connor McGregor has been spending more time in Dublin lately and is training for his return to the Octagon later this year.

According to the report published by independent irish, the 33-year-old was arrested in west Dublin on Wednesday evening while driving his Bentley Continental GT worth around €170,000. According to the report, Conor McGregor was traveling along the N4 between Lucan and Palmerstown when he came to the attention of Garda (Republic of Ireland State Police).

He was then taken to Lucan Garda station where he has since been charged and released on bail. If convicted, the dangerous driving charge carries a maximum penalty of a fine of up to €5,000 or six months imprisonment or both.

The report further states that his luxury car was also seized from him on the side of the road after his arrest, but has since been returned to him. It is understood he has been charged with dangerous driving and will appear in Blanchardstown District Court next month. McGregor, who already had several traffic convictions, appeared in the same court in 2017 when he was fined €400 for speeding.

The last time Conor McGregor stepped into the octagon was eight months ago and he fractured his leg in a first-round TKO (doctor’s stoppage) loss to rival Dustin Poirier during of their July 2021 trilogy fight. Although there is no news on Conor Mcgregor’s next fight, according to DAZN, McGregor has made it clear that the next fight he wants is against welterweight champion Kamaru Usman .

While speaking on his YouTube channel TheMacLife, McGregor said, “Me against Usman for the 170-pound title in my comeback fight is the one I’m watching right now. I feel confident against Usman – a jab-happy, sloppy , orthodox wrestler without any submission. What’s he going to do? Where’s the danger here? I don’t see any danger. No one’s ever gotten three titles in three divisions like I will if we do this fight.

UFC President Dana White in an interview with TheMacLife called a potential Usman-McGregor fight “interesting,” adding that he and “Notorious” will meet soon.