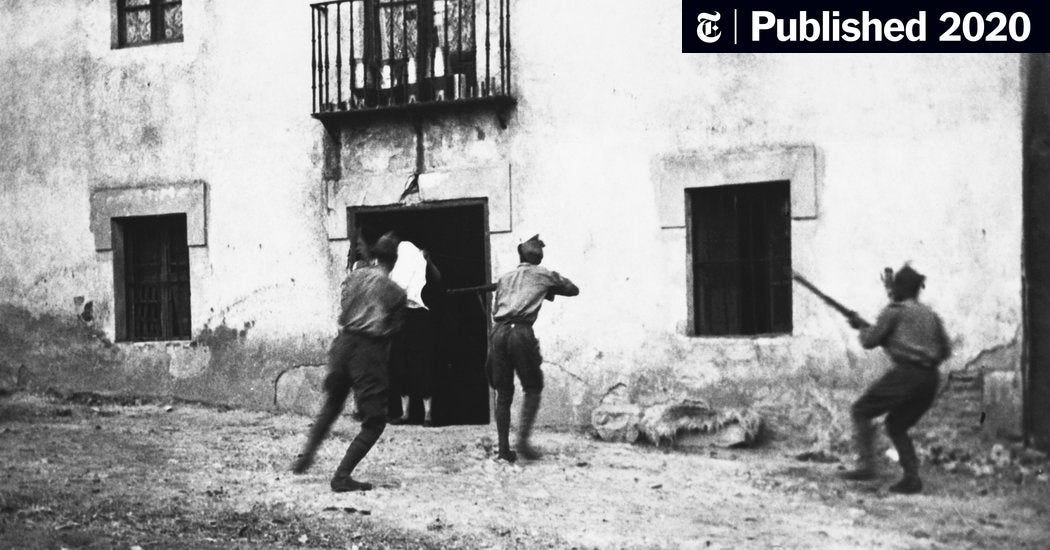 But what about the man himself? The task of finding the real Manuel Mena could not have been more difficult. His relatives burned his belongings, including his papers, after his death. Cercas managed to find an elderly couple of ladies whose memories suggested that as a boy, Mena was a “heartless kid”. But then he interviewed classmates who described how, under the influence of a local schoolteacher, Mena developed a passion for knowledge and became a much more thoughtful and responsible teenager.

Cercas gives himself some postmodern latitude in this narrative, speculating every now and then as to how, if he shed any pretense of not being a novelist, he would fill in the gaps in his story. But his reconstructions are fairly closely tied to known historical facts, and there is no doubt that he invested a tremendous amount of time and effort into unearthing what little there was to know about Manuel Mena. However, halfway through the book, its subject remains “a fuzzy, distant, schematic figure, without humanity or moral complexity, as rigid, cold and abstract as a statue”.

Things start to change when he receives the notes of a speech Mena gave on leave from the front lines. Cercas’s great-uncle was a fascist, a follower of the Phalanx. But, as Cercas shows with a quote from its founder, JosÃ© Antonio Primo de Rivera, which Mena had written, the Phalanx had views not so far removed from those that would ignite the passions of a generation of young Spaniards after 1968. , those valiant successors of Achilles who fought Franco’s riot police with stones and Molotov cocktails:

â€œThere is a capitalist system with expensive credit, with abusive privileges of shareholders and bondholders, without work, which takes most of the production and sinks and impoverishes employers, businessmen and workers.

What finally gives life to Mena to her grandnephew is the memory of a family member of what the now hardened in combat alfez provisional said to his brother during one of his last holidays: he was fed up with the war and wished not to have to return to the front. Suddenly, he “had become a man of flesh and blood, a simple self-respecting muchacho disillusioned with his ideals and a lost soldier in someone else’s war, who no longer knew why he was fighting.