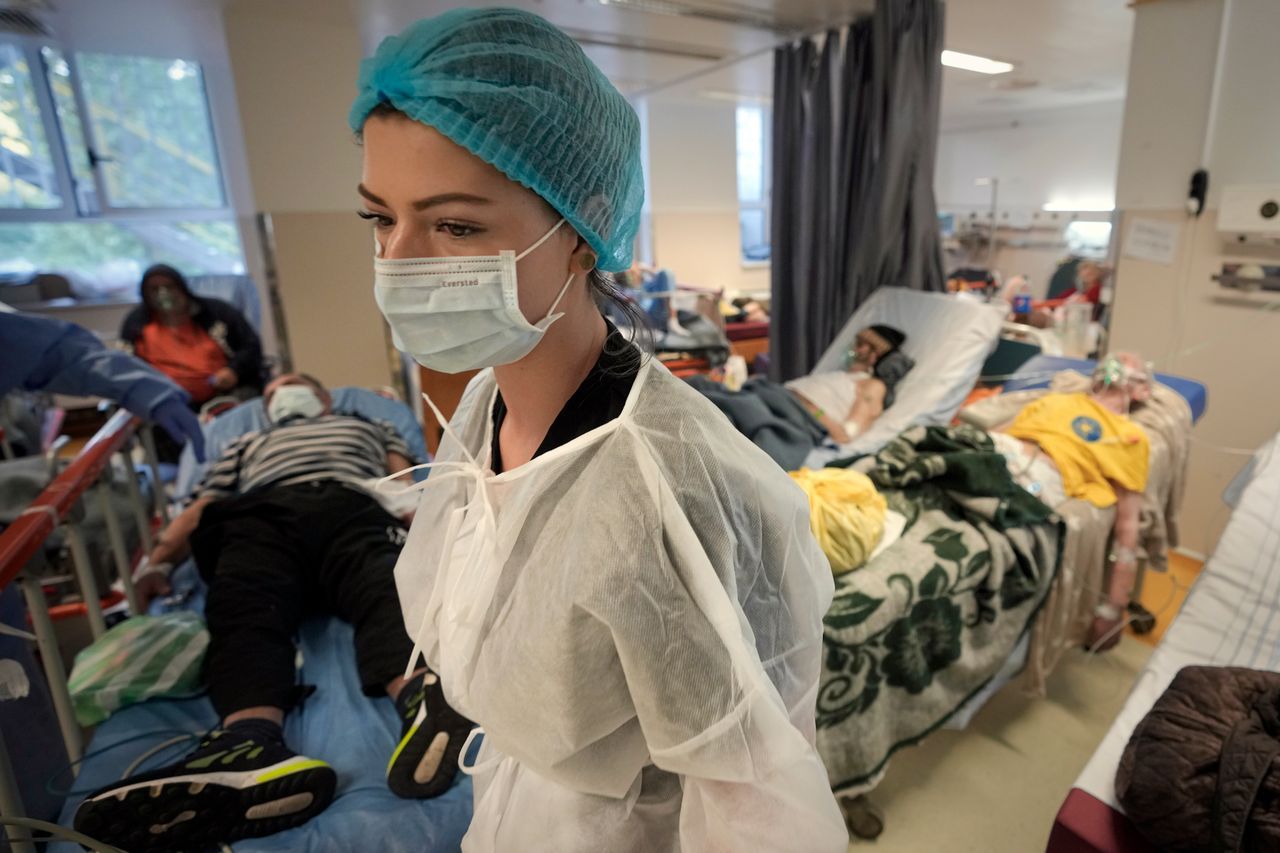 Despite official propaganda of the end of the pandemic, the spread of COVID-19 in Europe is taking increasingly dramatic forms. Every day, around 220,000 people are infected with the virus and nearly 3,000 die from it.

Last week, the World Health Organization (WHO) reported a 7% increase in the number of COVID-19 cases in Europe. WHO highlighted uneven immunization rates across the continent and underscored that development poses a significant threat. Significantly, according to the WHO, Europe was the only region in the world where the number of cases reported daily is increasing.

The situation is particularly acute in Eastern Europe. Yesterday 1,064 people died from COVID-19 and 37,141 new cases were recorded in Russia. Experts assume the number of unreported cases is much higher. In Ukraine (614 dead yesterday, 23,785 cases) and Romania (356 dead, 15,410 new cases), more people are now dying from COVID-19 than ever as part of the pandemic.

Yesterday, as emergency services overwhelmed and threatened to overwhelm the hospital system, Ukraine announced the two-week closure of schools in high-infection areas, including the capital, Kiev. Only 6.8 million of Ukraine’s 41 million inhabitants and less than a quarter of the Bulgarian population are fully immunized.

The situation in the Baltic States is also out of control. The Latvian government was forced to impose a nighttime curfew and a month-long lockdown on Wednesday. Previously, according to the Riga health authority, there had been 1,400 new infections per 100,000 inhabitants in 14 days, a record since the start of the pandemic. In many hospitals, intensive care units are already fully occupied, Health Minister Daniels Pavluts said.

In the rest of Europe, the trend is in the same direction. In Poland, the number of new infections is currently doubling from week to week. “If this situation continues, it will exceed all the forecasts we have had so far,” Polish Minister of Health Adam Niedzielski warned Wednesday in Warsaw.

Britain currently has the highest number of COVID-19 cases on record, with around 50,000 new infections per day and around 200 deaths per day. In France, Italy and Spain, where cases had remained relatively low after an increase in cases and deaths in late summer, the number of new daily infections started to rise again after hitting a low of 10 to 10. October 15 of 4,203, 2,456 and 1,464, respectively.

Germany also recorded another drastic increase. For several days, the Robert Koch Institute (RKI) has been reporting an increasing number of new daily infections; As of Friday, they were close to 20,000. The seven-day incidence was 95.1 per 100,000 population, the highest level since mid-May. In its current weekly report, the RKI warns that the increase in the number of cases will accelerate as fall and winter progress.

In much of Europe, the situation is worse than it was around the same time last year, when hundreds of thousands of people died from COVID-19 during the winter. Now a similar scenario is looming.

The WHO warned in early September of an additional 236,000 deaths from COVID-19 by December 1. Nonetheless, European governments have done nothing to stop the spread of the virus and prevent mass deaths. On the contrary: they opened schools and businesses and almost completely dismantled remaining protective measures such as mask warrants and school mitigation procedures. The current massive infections and deaths are a direct result of these policies.

Whether or not they claim to follow procedures to “mitigate” the spread of COVID-19, the results of the policies pursued by European powers are largely indistinguishable from calls from the far right to develop “herd immunity” via a massive infection of the population. With the coronavirus. Indeed, the far right has long demanded the end of all social restriction measures linked to the pandemic.

In Germany, Health Minister Jens Spahn’s plan to end the “epidemic situation” and de facto eliminate all remaining protective measures by November 25 is supported by the far-right Alternative for Germany (AfD) as well as by the Left Party. The Left Party in Saarland, led by party founder Oskar Lafontaine, even wants a â€œFreedom Dayâ€ on October 30, following the British example, demanding that COVID-19 measures be ignored. It is “high time to hold a ‘Freedom Day’ instead of ‘German Wrath’,” the party said in a statement.

Harsh experience has shown that it is impossible to achieve a more rational science policy against the pandemic by voting establishment parties labeled as “left” in power. In France, the allies of the Left in the party La France insoumise of Jean-Luc MÃ©lenchon, as well as Permanent revolution and the Workers Struggle (LO) party, all endorsed participation in anti-vaccine protests despite overwhelming popular support for the vaccination. More than 75% of the French population is vaccinated.

In Spain, the “left-wing populist” Podemos party is in power with the Spanish Social Democratic Party (PSOE). Yet there have been more than 100,000 additional deaths in Spain during the pandemic, and the courts are now ruling that even the limited lockdowns imposed last year to stop the initial wave of the pandemic – in response to mass strikes in Italy , in Spain and much of Europe â€” were illegal and unconstitutional.

The ruling elite’s contempt for the deaths and massive suffering caused by the pandemic was fully visible at the two-day European Council summit that ended yesterday in Brussels. Much of the discussion revolved around how to deny Afghan refugees passing through former Soviet republics entry into the European Union (EU) and attempts by the Polish government to disregard European legal decisions. COVID-19 was barely mentioned in reporting on the summit, although the summit’s website briefly called for “redoubling efforts to overcome vaccine hesitation.”

At the same time, EU countries are pouring hundreds of billions of euros into military budgets, which continue to increase despite the drop in economic activity due to the pandemic.

Mass death, which is now taking place on a scale usually seen only in wartime, must be stopped. Already, more than 1.27 million people have died from COVID-19 across Europe. Worldwide, nearly 5 million people have officially succumbed to the virus. Recent studies suggest that the actual death toll is much higher, with the COVID-19 pandemic causing around 15 million deaths worldwide, of which around 1.8 million are in Europe.

To save lives, workers must arm themselves with a scientific and political understanding of the pandemic and build a political movement to impose science policy to eliminate COVID-19. Ending the pandemic requires the implementation of containment measures, with full compensation for affected workers and small businesses, combined with vaccination, contact tracing and isolation of those infected.

International support for the third global school strike on October 22 once again underscored that there is broad support in the working class for a policy to stop all human-to-human transmission of COVID-19 and eliminate the virus.

On October 24, the WSWS and the International Workers Alliance of Rank-and-File Committees (IWA-RFC) are hosting an online webinar to explain the scientific basis for such a strategy to a global audience. We are calling on all of our readers to register today, let your friends, relatives and colleagues know, and publicize the event as widely as possible on social media.

COVID-19 can be eliminated.

We have assembled a panel of scientists to explain how.

Keep an eye on Lehigh | Opinion