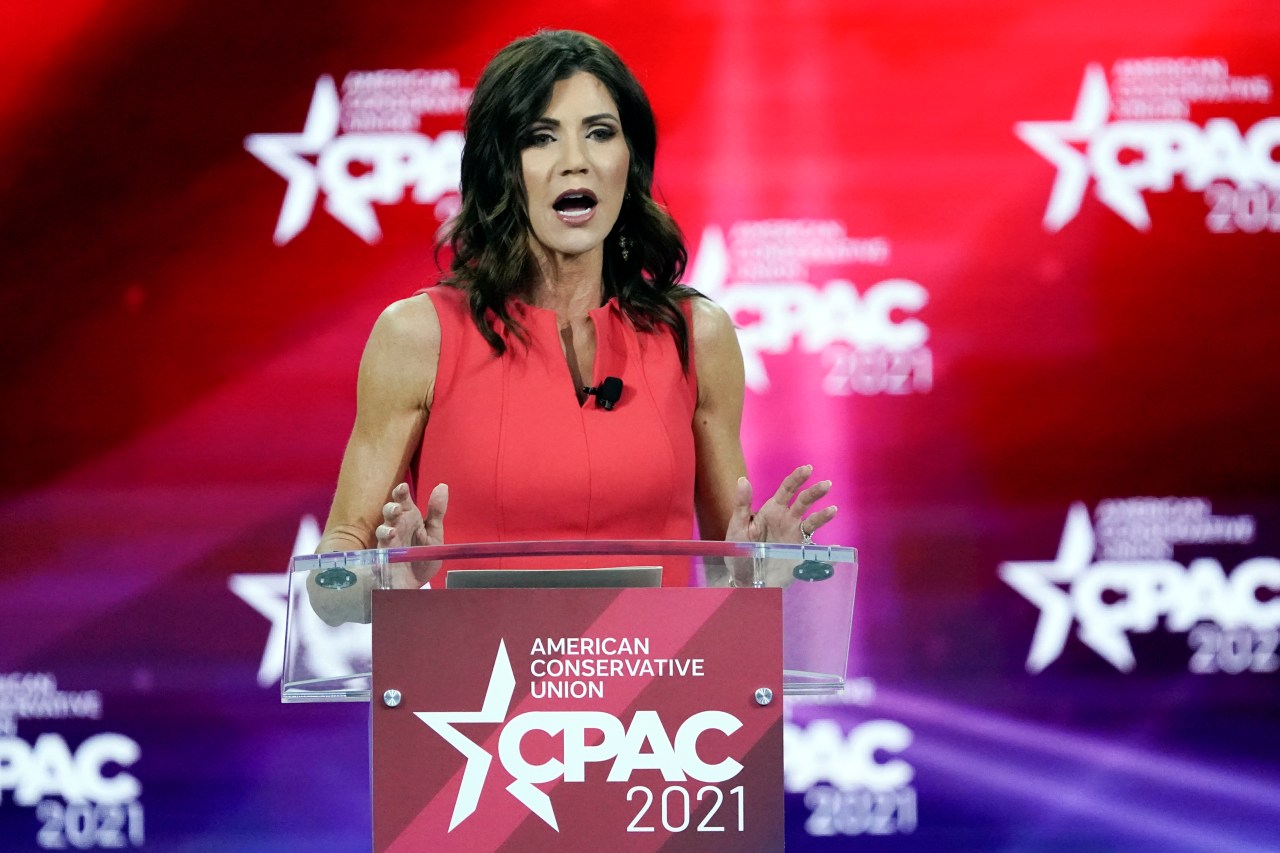 SIOUX FALLS, S.D. (KELO) — For the second year in a row, Governor Kristi Noem will be speaking at CPAC, the Conservative Political Action Conference, this year held from Feb. 24-27 in Orlando Florida.

Noem will be just one of more than 100 listed speakers at the event. Keep reading for a full look at the agenda, the speakers themselves and where Noem falls in the lineup.

Registration for the event starts Wednesday, with CPAC beginning in earnest Thursday.

Asked Tuesday for comment on the lineup, Noem’s communication director Ian Fury told KELOLAND News that “[Noem] is not familiar with every speaker on the list, but she always loves the opportunity to gather together with fellow conservatives and talk about how we can make our great nation even stronger.”

What is Critical Race Theory?

9:50am – School Boards for Dummies presented by Veronica Birkenstock and Hannah Smith

10:05am – I escaped from communist North Korea presented by Dan Schneider and Lee Hyun-Seung

10:15am – Don Lemon is a dinosaur: The new way to get your news presented by Alex Bruesewitz, Rogan O’Handley and Graham Allen

10:35am The New Age of Social Media presented by Kaelan Dorr, GETTR

11:00am – How to talk to your neighbor without starting a backyard brawl presented by Allen Fuller, Jim McLaughlin and Scott Presler

11:20am – A Speech by James O’Keefe, President of Project Veritas

12:00pm Are you ready to be called a racist: The courage to run for office presented by Stephen Rowe, Heather Sellers, Marie Rogerson and Matt Hurtt

No time provided – AWAKE NOT WOKE presented by Matt Schlapp

4:15pm – A Speech by Kimberly Guilfoyle

9:00am – A speech by Senator Marco Rubio

10:30am – Offsides presented by Matt Schlapp and Michele Tafoya

11:00am – A speech by Former U.S. Secretary of State Mike Pompeo

12:20 – A conversation between Matt Spalding and Vivek Ramaswamy

12:45pm – The Truth about January 6th: A conversation with Julie Kelly

2:45pm – A conversation with Dr. Ben Carson and Ben Ferguson

11:15am – They Can’t Shut Us Up! presented by Amanda Milius, David Harris Jr., and Rep. Marjorie Taylor Greene

11:30am – The Commonwealth Counterpunch presented by Larry O’Connor, Charlie Hurt, Ronna McDaniel and Ian Prior

11:55pm – Put Him to Bed, Lock Her Up and Send Her to the Border presented by Kurt Schlichter, Rep. Ronny Jackson, Jack Posobiec and Monica Crowley

12:20pm – A Conversation with KT McFarland and Senator Bill Hagerty

2:10pm – A Conversation with Mollie Hemingway and Matt Schlapp

2:25pm – A Conversation with Mark Levin and Julie Strauss Levin

3:15pm – A Conversation with Rep. Jim Jordan and Matt Schlapp

5:30pm – Lock Her Up, FOR REAL presented by Kash Patel, Devin Nunes and Lee Smith

11:00am – The Government is Dangerous to Your Health presented by Jason Rantz, Dr. Robert Malone, Dr. Brooke Miller and Dr. Oz