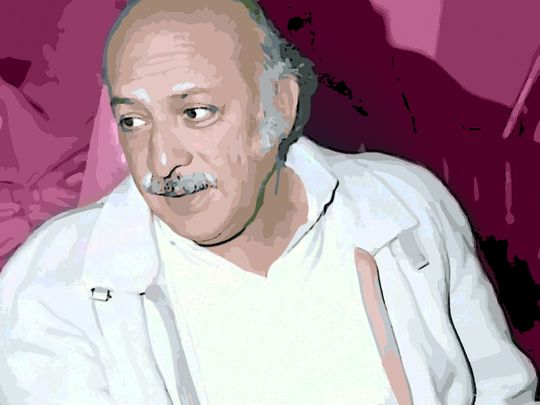 On a winter’s day in 1956, aboard a train from Baghdad to Basra, Iraq, a woman, in her forties with a subtle remnant of past beauty, seemed a bit agitated as the train slowed as it approached. from the small village of Om Shamat. Her silent tears did not escape the man sitting in the seat opposite. The curious man had to ask. As if waiting for someone to ask her, she told her sad story.

The woman was from this small village. Years ago, she fell in love with her cousin but her family, in accordance with the customs in force at the time which considered love as a disgrace to their honor, refused to authorize the marriage. Fearing for her life, she fled to Baghdad, where she was able to hide in the big city. The painful memories came flooding back to him as the train pulled into Om Shamat.

His story was certainly not unique. It was like thousands of similar stories of lost love and cruel social customs in that part of the world. But we would not have heard of this specific story, or of the village of Om Shamat had it not been for this man, a teacher from Baghdad, who went on to tell his story in what has become one of the most iconic poems in Arab history. .

“The Rail and Hamad”, written in colloquial Arabic, was the first serious work of the legendary poet Mudaffar Al Nuwab. It became a turning point in Iraqi literature, especially after being sung by a popular Iraqi singer a few years later. Al Nuwab died last week in Sharjah after a long battle with illness. He was 88 years old.

Poetry as a historical journal

It is said that poetry is the register of the Arabs, a historical diary in which the most important events of their millennial history are noted; sometimes celebrated and often decried. Pre-Islamic battles, conflicts of later years, and the births or deaths of important personalities have all been recorded by Arab poets.

Poets sometimes content themselves with describing the event, but many have turned to poetry to offer commentary and criticism. After the June 1967 war, in which the Arabs suffered a humiliating defeat by a smaller and less equipped Israeli army, the Syrian poet Nizar Qabbani declared, in one of his most famous poems, “The death of the Arabs”.

Despite his Nasserist leanings, his now iconic poem was full of criticism of the pan-nationalist leader, then Egyptian President Jamal Abdul Nasser. The poem was understandably banned in Egypt, and Qabbani himself was considered a persona non grata in the country.

In a later interview, Qabbani said he had to write to Abdul Nasser who was apparently unaware of the decision and ordered that the poem be published in Egyptian newspapers and that the poet be welcome in Egypt at all times. moment.

Mudaffar Al Nuwab was one of the great poets who recorded significant events in his immortal work. And because of his words, these events tend to stay alive in our memory. Moreover, his poems dealing with such monumental events, especially in relation to Palestine, had a rare impact on Arab public opinion.

In those days, when media and communication were not as instantaneous as they are today, we might never even have learned or understood the full extent of many tragic events. Credit goes to Al Nuwab, the eternal Arab nationalist, and great intellectuals like him who endured the pain and often the wrath of the authorities just to spread the word.

One such event, and the one that historians say was the real start of Lebanon’s slide into civil war, was the Tel Al Zaatar massacre of 1976.

Tel Al Zaatar was a Palestinian refugee camp in the eastern part of Beirut. A one square kilometer slum district with a population of over 30,000. At the height of the conflict between Palestinians and Lebanese Christian armed militias, heavily armed groups surrounded the camp in an effort to uproot it from the predominantly Christian area.

The camp was besieged for 52 days from June 1976. The camp remained alone in defending itself against the best-armed militias (the Phalange Party of Pierre Gemayel, the Tiger Militia of the Free Patriotic Party of Camille Chamoun, the militia of the Zgharta Liberation Army of Tony Frangieh) which is also supported, according to historians, by both the Syrian army and Israel.

The militias cut off electricity and water and prohibited any shipment of food and medicine to the camp. Survivors of the massacre later said camp residents were forced to eat dogs, cats and tree leaves to survive. For 52 days, the helpless inhabitants were left to fend for themselves, enduring hunger, disease and relentless shelling.

Finally, in August and with the camp’s defense finally collapsing due to shortages of food, water and weapons, the militias stormed the camp and the genocide began. Armed militia thugs massacred more than 3,500 men, women and children.

The massacre is considered the worst atrocity in the modern history of the Arab world. It was the beginning of the eradication of the Palestinian presence in Lebanon that was sealed when Israel invaded Beirut six years later.

Lamenting the “fall of the capital of the poor”, Al Nuwab’s poem, “Tel Al Zaatar”, one of his longest works, told the whole story and rallied Arab public opinion to stop the probable later atrocities against possible massacres against the Palestinians and forced the Arab governments to send an Arab force to separate the warring parties in Lebanon.

Mudaffar Al Nuwab, born in Iraq, wrote nothing after 2005, when he began his long battle with illness. That year, his mother, considered his greatest influence, died in Iraq. He hadn’t been able to see her for decades as he escaped from Iraq in the late 1960s after years in prison, torture and persecution by subsequent Ba’ath regimes over her criticism. scathing words and his communist affiliation.

His long journey of exile, in several Arab and Eastern European countries, ended last week. We have lost a great poet, but his work lives on as one of the most inspiring Arab literatures of the past 60 years.

Critics say he was the conscience of the simple Arab. Some say he was our Don Quixote. But his significance transcends that, he was more than a great poet who recorded history in his work. In his own unique way, he defied all odds to provide context for this story. And succeeded.