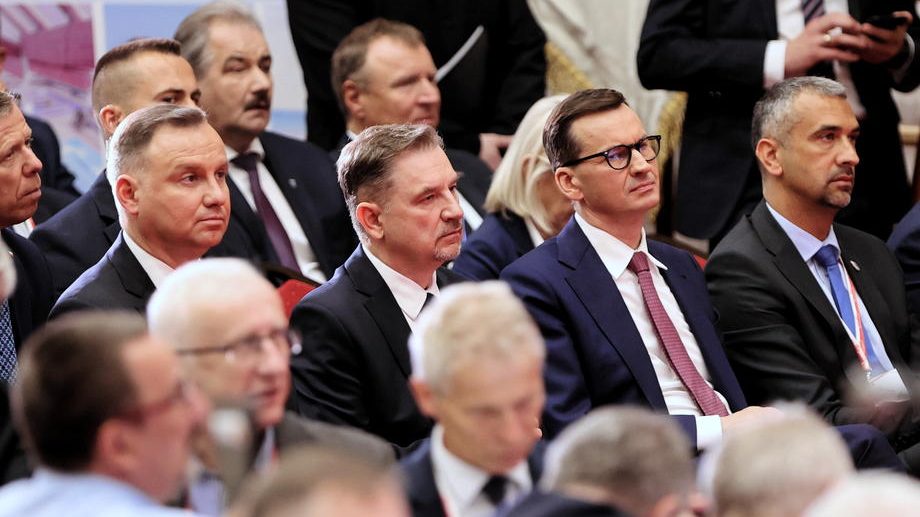 Democracy Digest: Poland is close to getting its hands on EU stimulus money

Slovak Prime Minister Eduard Heger left no doubt about his alarming view of Slovakia in the event of a total defeat of Ukraine at the hands of the Russians during a speech to EU and business leaders at the Forum world economy in Davos on May 25. , Slovakia is next,” Heger intoned, according to the media. The Slovak prime minister also issued a stern warning to other EU member states over their heavy dependence on Russian energy while drawing a worrying parallel with the case of Slovakia. “We’ve traded our values ​​for cheap gas and oil for too long,” admitted Heger.

The Slovak Prime Minister also met with Meta representative Nick Clegg in Switzerland and urged the Facebook owner to show strength in the fight against Russian propaganda and hate speech. “Facebook has about 3 million users in Slovakia. Social media is the biggest source of hate speech, extremism and lies,” Heger reportedly told Clegg. According to polls, Slovaks are among the most vulnerable in the CEE region to Russian propaganda. “The more we allow the biggest social media in Slovakia to spread disinformation, the more we risk losing freedom and democracy,” Heger said. Members of the US Congress recently wrote a letter to Facebook founder Mark Zuckerberg urging him to tackle the burgeoning misinformation on Slovakian Facebook.

Meanwhile, at home, former Slovak prime minister and current finance minister Igor Matovic tried to steal the show from Heger when he unleashed a tirade on journalists and unveiled a plan to curb the media freedom. “Journalists attack me because I am not LGBTI [sic]exclaimed Matovic on Radio Expres on May 23. He had previously called Peter Bardy, editor of the Aktuality.sk website, a “shame”. But the former prime minister upped the ante when he presented a legislative proposal aimed at curtailing media freedom. The new law could force the media to invite certain politicians to political discussions, including far-right extremists. “I don’t care,” Matovic said when asked about the likely condemnation of his media attacks by international organizations. Far-right extremists in the LSNS party helped Matovic push his social and anti-inflation package through parliament despite opposition from the ruling coalition. The benefits, valued at 1.2 billion euros, aim to relieve families of the economic pressure caused by rising prices.

Former special prosecutor Dusan Kovacik, one of the most powerful cronies of successive Smer governments led by former Prime Minister Robert Fico, has been found guilty of corruption and will serve eight years in prison, the Slovak Spectator reported. The Supreme Court has now delivered the final verdict on the former top prosecutor. Kovacik was found guilty of accepting a large bribe in exchange for the release from prison of the boss of an underworld group. He also repeatedly leaked classified information and documents from the prosecutor’s office, according to the verdict. In addition to spending time behind bars, Kovacik will have to pay a fine of 100,000 euros. He was initially sentenced to 14 years in prison and confiscation of property by a lower court. The verdict is “clear evidence of the collapse of the rule of law” under Fico’s rule, the ruling coalition party OLaNO said in a statement.