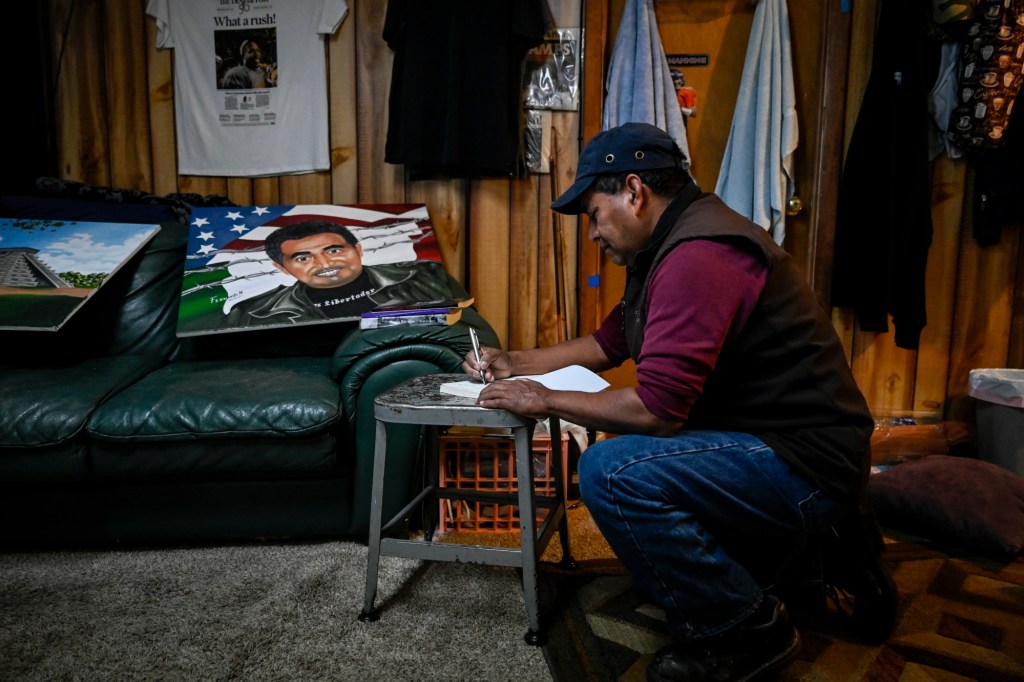 He inspired other janitors in a movement that led to higher salaries.

He spoke to Congress and met with President Barack Obama at the White House.

“We are human beings, not animals, and it’s hard to live without justice,” Patraca, 57, said recently before boarding a bus for his late shift in Coors.

But despite his success, he will return to Mexico because an elderly uncle can no longer manage the farm he left as a child. And Patraca for two decades has not seen his daughter, now 28, or met his granddaughter, for fear that US authorities will readmit him – the fate of millions of immigrant workers who are not legal residents.

“It’s been a huge sacrifice,” he said, “but life is made up of continuous separations and I’ve always held on to hope that one day we’ll be together.”

He plans to leave in March 2023, instead of trying to become a legal US resident, and revive the 20-acre farm in Paso De La Venta, near Veracruz. He will grow chili peppers, tomatoes, lemons, mangoes and tamarinds to sell in local markets, he said. He also plans to produce a new collection of poems called “Sans frontières”, about his travels in search of work.

Patraca is “emblematic of a pattern we’re seeing with Mexicans choosing to leave the United States,” said Michelle Mittelstadt, spokeswoman for the Migration Policy Institute, a Washington, D.C.-based think tank. federal data by the institute shows that the 10.9 Mexican-born population in the United States has shrunk by 780,000 over the past decade, as many voluntarily return to communities they left years ago to earn money.

He had no formal schooling. His father died when he was 5, forcing his mother to leave the farm with him to work in Veracruz. His friend taught him to read and write, he says, and at age 8 he wrote his first poem.

He worked for a blacksmith in Veracruz fanning the flames. He was shining shoes. He moved to Acapulco where for seven years he sold auto parts. He eventually moved north to a factory just south of the US border, where he began to speak out as an activist.

“I love my country,” he said. “But wages, there is nothing.”

Colleagues from the factory helped him obtain a tourist visa. He entered the United States at Eagle Pass, Texas. “They gave me six months.” It was in 2002.

First in Denver, he hauled materials to a construction site. Then he settled into janitorial work.

He wrote poetry about bus rides from a $550-a-month apartment in Aurora to and from the buildings he was cleaning. He married, then separated from his wife, without obtaining his US resident status. When landlords raised his rent to $1,200, he moved into the basement of a southwest Denver bungalow owned by a retired Denver Public Schools teacher. This accommodation, for $300 combined with chores such as snow removal, shortened her bus ride to 32 minutes.

For the past five years, he has cleaned and waxed the floors of the historic Coors Brewery, established in 1873 by Adolph Coors – over 1 million square feet, one of the largest breweries in the world.

It’s so big that it takes its contractor-led team three months to clean all the floors before starting over. They scrub with a chemical stripper, vacuum, mop, dry and wax.

He tried to organize fellow brewery janitors to join the Service Employees International Union which, representing about 3,000 janitors around Denver, lobbied for higher wages, sick pay and vacations. They voted against unionization and Patraca said managers then voluntarily improved working conditions.

He writes in Spanish about workers and migrants. A poem that caught the eye, “Justice for Janitors”, appeared in the first of his books, which were published by Icaro Editores in Spanish with English translations. The poem celebrates the United States as “a beacon of social justice and peace”, but with “a suspended dream waiting to be grasped”. He laments how “every time we take a break” business owners seem to “invent new ways to make us work harder”.

Other poems are addressed to people he met, detained migrants and civil rights leaders, including Rosa Parks and Martin Luther King Jr. His books, sold on the internet, fetched around $4,000 royalties, he said.

Union leaders invited him to “Justice for the Janitors” rallies in Washington, DC He remembers how, reading his poems in boardrooms, he hoped to rouse the emotions of workers. Instead, when the other janitors stood up to applaud before he finished, “they triggered emotions in me.”

These rallies led to a visit to the White House on the first day of spring 2010. Patraca carries a small photo of himself with Obama. “He put my book in the Library of Congress.”

Fellow union activists and workers who attend his periodic readings ask for advice.

“He inspired me to do good work helping people and to be humble,” said Pedro Carillo, 51, a union organizer and friend of 12 years.

Patraca advises on education, particularly on the civil rights enshrined in the US Constitution.

“The best union fight is when workers know their rights before they take on business owners,” he said. “With knowledge there can be freedom.”

This story is part of the Denver Post’s Faces of the Front Range project, spotlighting the Coloradans with a unique story to share. Learn more about this series here.

Payday loan victims only have days to get the last payment