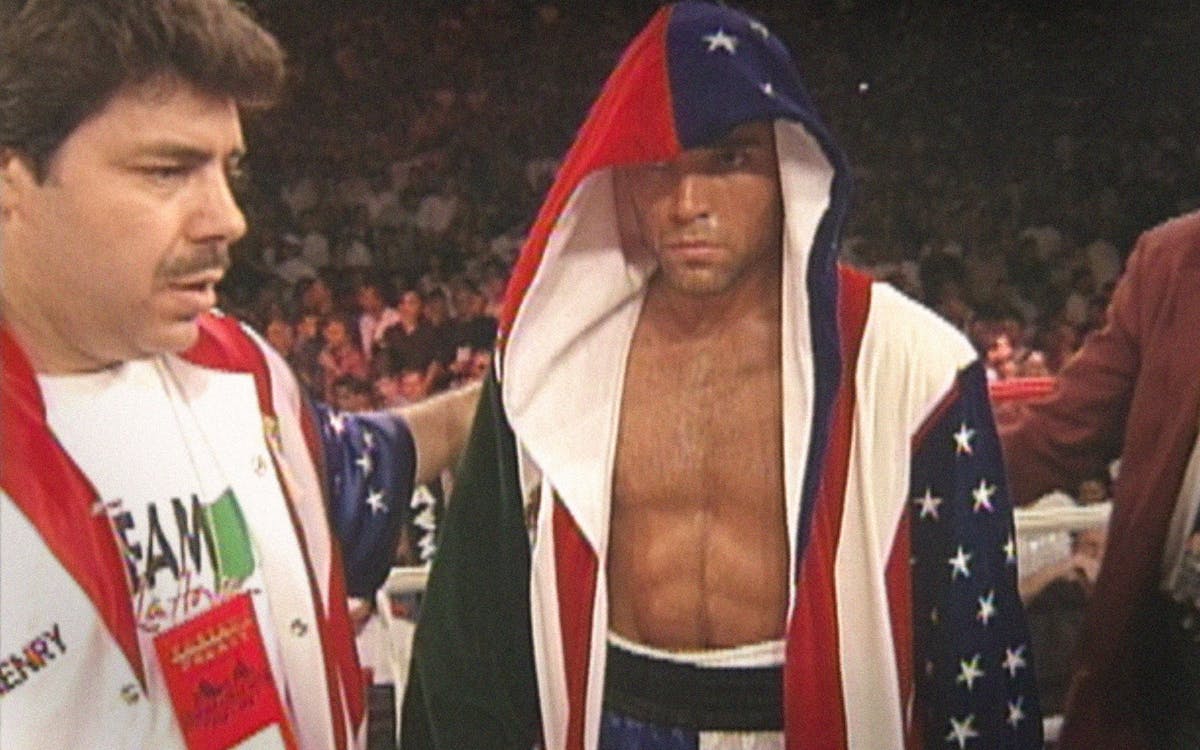 It’s no surprise that Civil war was chosen as one of the opening night premieres of the Sundance Film Festival. The documentary delivers two of the qualities that make Sundance sun dance: cultural relevance, as well as glamorous celebrities to walk the red carpet in Park City, Utah, thanks to director Eva Longoria Bastón and Hall of Fame boxer Oscar De La Hoya.

Except, of course, there was no red carpet. Instead, the Corpus Christi native’s film about De La Hoya’s 1996 fight against Mexican all-time great Julio César Chávez kicked off the festival’s second year as a pandemic-altered only online showcase. , with the director and the beaming boxer for a Q&A video conference. (During the chat, one of the Longoria Bastón kids could be heard running around the room, and De La Hoya struggled to tune out — Sundance stars on Zoom, they’re just like us!)

De La Hoya and Longoria Bastón are friends, and the Desperate Housewives actress has been producing and directing for cinema and television since 2010 (her first feature film, Flaming hot, should also be released this year). When De La Hoya asked Longoria Bastón if she would be interested in doing a documentary about the fight, she said yes, as long as she could tell the story in her own way. The film’s hook was supposed to be the twenty-fifth anniversary of the fight, which was June 7 last year (the Los Angeles Times published an oral history by Texas monthly contributor Roberto José Andrade Franco that day). But Longoria Bastón was interested in a larger theme, and what the two fighters symbolized, and the result is worth it.

“I remember this fight,” she said after the screening. “What interests me is the cultural divide that this fight had. My family was divided. And so I thought that would be interesting to explore, because I feel like that’s an issue that we still face as a community.

This question: Mexican and Mexican American identity, shared or not. Chávez vs. De La Hoya has been billed as “The Ultimate Glory” (“The Maxima Gloria“), but there is a reason why the documentary is titled Civil war (“Civil war”). Chávez remains a legend in Mexico today, and in 1996 “El Gran Campeón Mexicano” was near the peak of his fame. Los Angeles-born De la Hoya “wasn’t considered Mexican,” as TV Azteca commentator and former World Boxing Council official Eduardo Lamazón comments in the film. It was an English speaker against a Spanish speaker. LA’s “Golden Boy” versus Sinaloa’s scrapper. Mexican versus American.

This is not how De La Hoya saw it. After winning gold at the 1992 Summer Olympics, he took a miniature Mexican flag from his mother and waved it with the stars and stripes, only to be told by officials to stop. “So many people remember that moment,” Longoria Bastón said. “Did he know he was doing a political act? No. He said, ‘I’m proud. This is who I am.'”

And that’s what made De La Hoya so close to the director. “I was a huge Oscar De La Hoya fan,” she said. “I grew up with Oscar. I knew him from the Olympics, and I said, oh, that’s me. I saw myself in his identity, just like . . . all my cousins.

“The way we grew up, you know, I’m Mexican American. I’m from Texas. I grew up in a Mexican family, we ate Mexican food, we listened to Mexican music. But if I go to Mexico, you know, I’m the gringa. I am American.

Chávez was revered by Mexican fans both for his apparent invincibility – he won his first 87 fights – and for his willingness to get beat up to secure some of those wins. De La Hoya was the younger, more technical and also, you may have noticed, nice looking fighter. At the start of the film, De La Hoya says he considered the sport an art form, while Chávez treated boxing like a bullfight (later he says he won their fight partly by being like a matador, attracting the more aggressive Chávez towards him, and then avoiding the hard-charging pressure fighter). Along the way, the film touches on big background moments like Chávez’s always-controversial last-second knockout of challenger Meldrick Taylor, as well as home movies of a six-year-old De La Hoya making his amateur boxing debut.

Despite their stylistic differences, De La Hoya and his family revered Chávez—“Saint s—I fight my hero. . . what is the f—? he says at one point in the film. His brother Joel De La Hoya Jr. tells the cameras that even some of their own relatives were shooting for Chávez.

And it is Chávez who ends up stealing the film. Longoria Bastón has an almost Barbara Walters-like ability to make the boxer speak, with the two speaking in Spanish. He is candid about the ups and downs of his career, including his drug use and dealings with cartels. “I know all the drug dealers, because I come from . . . Sinaloa,” Chávez says, referring to the hometown he shares with Joaquín “El Chapo” Guzmán. When Chávez looks back on his losses to De La Hoya (the two met for a rematch in 1998), the proud ex-champion is both graceful and stubborn.

“The first time I met Julio, I was doing this documentary, and I really fell in love with Julio and his story,” said Longoria Bastón. “He’s so charismatic and he’s so vulnerable and open with his background.”

While De La Hoya said the show around the fight made him feel like he had a grown-up quinceañera, he couldn’t fully feel the love. During a parade to celebrate the victory in East LA, some fans booed and some even threw eggs at his float. De La Hoya and one of his coaches, Ignacio Beristáin, remember regular taunts of “pocho” (a pejorative for not being Mexican enough) throughout his career. When Longoria Bastón shares this with Chávez, the boxer doesn’t mince words with his disapproval, essentially saying that his compatriots who use that word are racist. But he also admits that he himself could never consider De La Hoya “Mexican enough”.

Twenty-six years later, the problem still persists, the emotions still a little raw. “My parents are Mexican,” De La Hoya said in the Q&A. “I was born here in the United States, very proud. I speak english. I speak Spanish. But it’s as if I had no identity. I don’t know who I am. I was divided when I fought Julio César Chávez. Am I from the United States? Am I from Mexico?

“People say, ‘Oh, you’re half Mexican, half American,’” Longoria Bastón said. “And I’m like, no. I am one hundred percent Mexican and one hundred percent American at the same time. You don’t have to choose, and you don’t have to assimilate. I grew up in a generation where it was like, ‘I don’t have an accent. Don’t speak Spanish. And I think now the tide has turned in that regard. Honor your culture and hold on to that culture.

(Another Sundance screening of Civil war will begin at 9 a.m. on January 22, with a 24-hour screening window. The film will eventually be released by sports streaming service DAZN.)

For India, Costa Rica is the gateway to Latin America