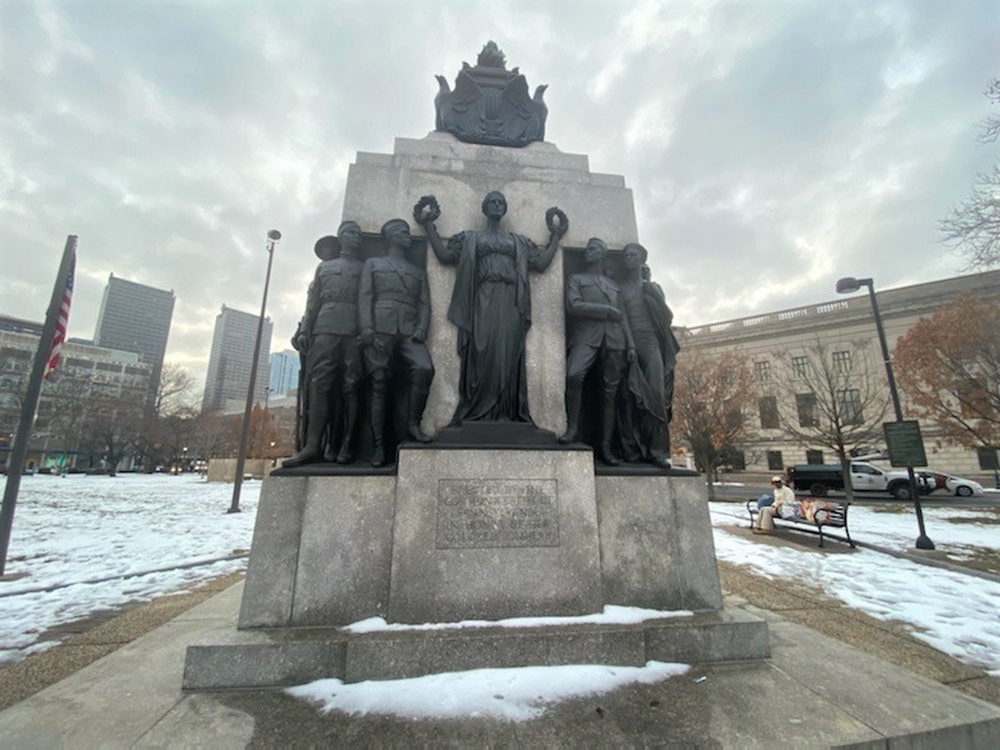 During the Civil War, Philadelphia served as a recruiting center for United States Colored Troops, or USCT, providing a means for the African-American community in Pennsylvania to actively fight for their freedom on the southern battlefields, winner of honor and distinction.

More than 8,600 African Americans in Pennsylvania volunteered and served in the Civil War, but that martial spirit didn’t stop there.

For nearly 30 years after the Civil War, the Pennsylvania National Guard recruited and maintained an African-American infantry company in Philadelphia.

After the Civil War, Pennsylvania saw the formation of several African-American militias, then called “colored” companies or detachments. In 1871, Philadelphia alone had three regiments. Major Octavius ​​Catto, a well-known civil rights activist and community reformer, served as inspector general of one of these regiments when he was assassinated in the 1871 election riots in Philadelphia.

In 1877 a unit first appeared in Adjutant General’s Reports known as “The Gray Invincibles”. Stemming from previous Philadelphia units, it was led by Captain A. Oscar Jones, a Civil War USCT veteran. The unit had 83 members at the first assembly, including Jones and two other African American officers.

As other African-American formations ebbed and sank in the late 1800s, the Gray Invincibles would become a constant in Philadelphia, attracting media attention. The company traveled to summer encampments, riots and mobilizations throughout their service.

In 1877, they were called along with other units of the Pennsylvania National Guard, or NGP, to the state to help suppress labor riots in Luzerne County.

The company received higher marks than its white compatriots in almost all inspections. In July 1884, Colonel HM Black, an active duty officer of the 23rd U.S. Infantry, inspected the Pennsylvania National Guard at Camp Gettysburg. He called the Gray Invincibles “superior” in almost every category.

Black concluded his comprehensive report by stating, “I should not omit mention of an independent company of colored troops, who vied with their white brethren to learn the important duties of citizen soldiery.”

In 1898, with the NGP called up for service in the Spanish–American War, the Gray Invincibles followed the rest of their comrades to Mount Gretna, Pennsylvania to volunteer for service. The federal government rejected the entry of the Gray Invincibles as an “American Volunteer” unit due to their size, as no independent companies were accepted.

Upon returning to Philadelphia, however, the unit was allowed to recruit from the battalion, and Captain Andrew Stevens Jr. was promoted to major to lead that organization.

The Gray Invincible Battalion served as part of Pennsylvania’s “Provisional Guard”, which performed the duties of the NGP while away for federal service. Although many members of the Gray Invincibles were disappointed not to be able to serve in Cuba or the Philippines, it was small consolation that they were able to swell their numbers.

Despite this distinguished wartime service, the unit was once again reduced to a company-sized formation in 1899.

In 1900, almost without warning, the Gray Invincibles disbanded. State Adjutant General records report that they failed their annual inspection, so they were disbanded along with several other companies across the state. In the blink of an eye, a unit that had served honorably for over 20 years ceased to exist.

With the line of the Gray Invincibles long over in the Pennsylvania National Guard, only the monument placed by its last captain remains in remembrance of their service. In 1934, Captain Samuel Beecher Hart, Pennsylvania legislator and last company commander of the Gray Invincibles, oversaw the installation of the All Wars Memorial to Colored Soldiers and Sailors in remembrance of the military service of Philadelphia’s African-American community.

Originally located in West Fairmount Park, the monument was moved in 1994 to its current most prominent location on Benjamin Franklin Parkway across from the Franklin Institute.

This work, The Philadelphia Gray Invincibles were one of Pa’s last “colored” units., must follow the restrictions listed at https://www.dvidshub.net/about/copyright.