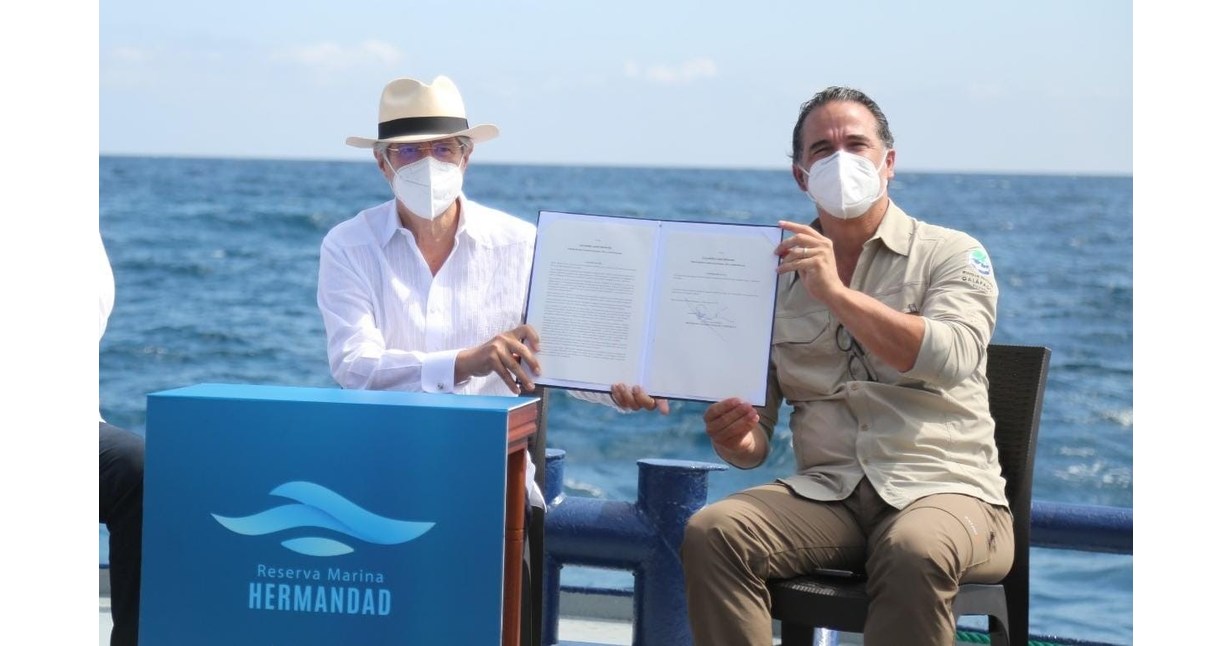 The newly created marine reserve adds 60,000 square kilometers to the Galapagos Marine Reserve. The marine reserve is divided into two halves, the first 30,000 square kilometers strictly prohibiting any fishing activity; the other 30,000 are where longline fishing is strictly prohibited. The marine reserve is located at the northwest corner of the archipelago and protects the biological corridor that stretches between the Galapagos Islands in Ecuador, Cocos Island in Costa Rica, and other islands in neighboring countries such as Coiba, Panama, and Malpelo, Colombia, which are part of the Eastern Tropical Pacific Marine Corridor which is used by many species such as sea turtles, stingrays, whales and sharks during their migratory routes.

Minister Gustave Manrique added that the reserve is called “Brotherhood” (Hermandad in Spanish) for being the result of the joint efforts of various sectors of society such as artisanal and large-scale fishermen, tourism, environmentalists, among others. He added: “In our government, we promote open dialogue and reaching agreements. This marine reserve is proof of our commitment to reconciliation. COP26 summit, we announced the creation of this marine reserve and we did it.”

The inauguration ceremony had a special touch because the ribbon which was cut by the president of Ecuador and Minister Manrique, was created by Galapagos artisans from recycled materials. Actress Bo Derek, marine biologist Silvia Earl were among the participants in the opening ceremony.

Communications DepartmentMinistry of the Environment, Water and Ecological Transition

Ramos, Griezmann, Dani Alves: The story of Gerard Pique’s Barcelona clash and beyond

Next at the High Court: Stolen Pissarro, campaign finance