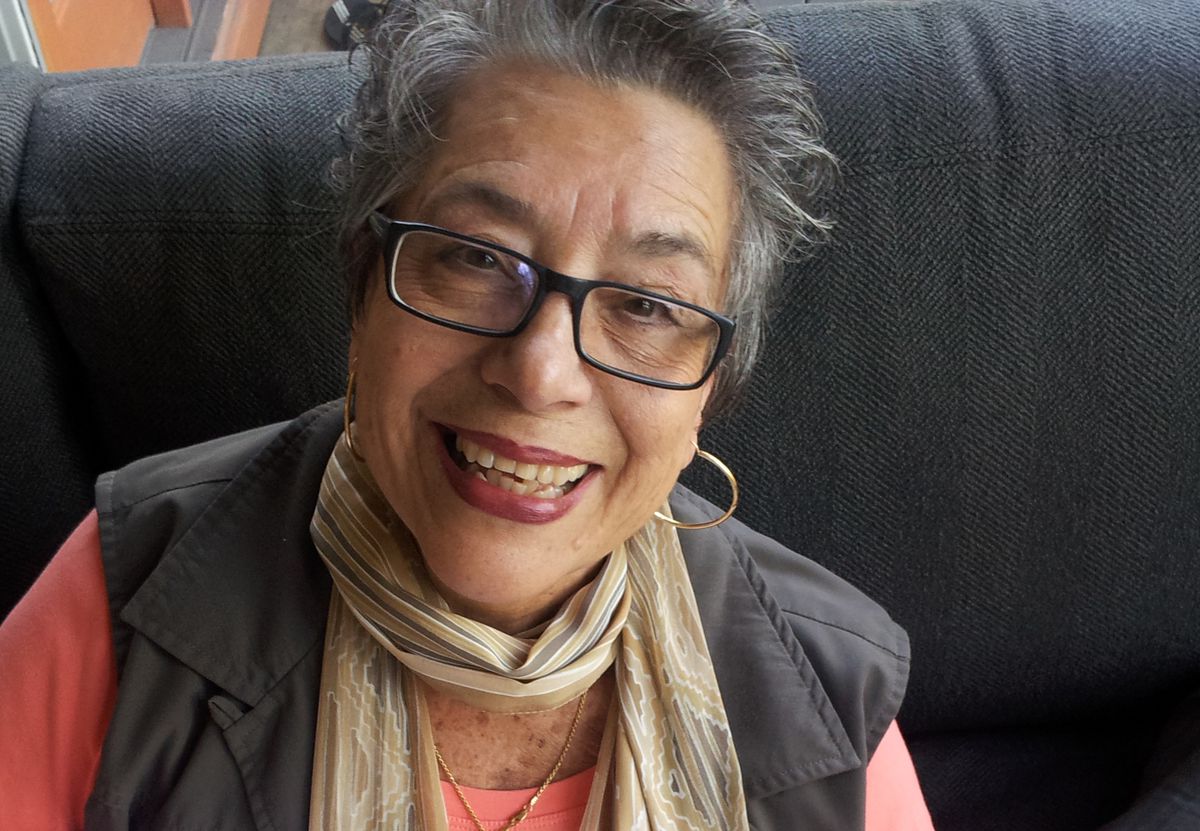 In her eighth decade, Encarnita realized her whole life had been a pilgrimage. In 2009, she set out to walk 900 kilometers on the Camino de Santiago. Looking at the laces of her well-soled boots, she remembered a different type of shoe from a distant winter night in Montreal. After her family went to bed, she put on a pair of skates for the first time, determined to be able to enjoy this Canadian pastime with her family on her backyard rink. She had left her native Spain to build a life in Canada where she reinvented her artistic passions, mourned a great loss and became a mother to many.

Encarnita Seco de Lucena was born in Granada into a family of intellectuals as the Spanish Civil War raged. At university, she studied Arabic and Hebrew with her father, but the gardens of her home, steeped in the scent of jasmine and the verses of Garcia Lorca, fueled a romantic yearning. She performed on stage and wrote the first of several volumes of poetry.

On Christmas Day 1960, John Gardner, a Canadian student, spotted her in a coastal village and her life changed forever. Ever the romantic, Encarnita had said she would follow her true love “even to the North Pole.” They exchanged countless letters and in 1964 they were married in Granada, standing in front of a crusader cross in an Arab palace, where Encarnita’s father had had a chapel built as a suitable place for a Catholic to marry a Protestant. She crossed the Atlantic for the first time and into the harsh Montreal winter. Encarnita’s petite stature and Spanish accent turned heads and won hearts.

The couple settled in Canada and raised three children: Maria Luisa, John Anthony and Sara Margaret. Encarnita was a mother in her own right, whether it was driving her children to sports and music lessons after school, turning a child’s grief into an allegorical bedtime story, or encouraging more stronger than anyone else in track and field competitions.

In North America, she transformed the pride she felt in her Spanish roots into a dynamic teaching career where she transmitted her passion infectiously in university and evening programs in Boston and Toronto, as well as in secondary schools. She obtained her doctorate at the University of Toronto and published her thesis in Spain. Unable to find an academic position in Toronto, her path took another sharp turn when she directed her creative energy to painting. Her involvement with Toronto art groups has informed her work, which can be found in collections on four continents. All the while, she was John’s formidable teammate in his travels and business community.

Her home became a landing place where her in-laws spent their senior years, teenagers gathered, the brokenhearted sought refuge, and the hungry sat at her kitchen table. One spring, she treated a fledgling sparrow with a flying pipette. Neighbors marveled each time the bird visited Encarnita’s finger, returning to her the same way all her children did.

In 2007, leukemia claimed the life of her eldest child, Maria Luisa, and Encarnita devoted her energy to providing practical support for her son-in-law as her three children grew up. As a mother, Encarnita never retired, and in her later years she could be found cooking lunch for another granddaughter who came to study from Mexico or putting a paintbrush in the hands of her younger grandchildren, toddler twins.

Encarnita’s unwavering outspokenness could stoke tensions, like the time she berated former Ontario premier Bob Rae for a slight lapse in etiquette, but her honesty and candor have brought many people rely on her for advice. Her interest in matters of the heart was legendary: she played Cupid, was sought after to assess eligible suitors, and eerily predicted how relationships would turn out.

Santiago did not mark the end of the Encarnita pilgrimage as she continued to divide her life between Canada and Spain. Cancer finally grounded her in Toronto. No longer able to serve others, Encarnita slowly broke free into the love she had learned to give to those around her.

John A. Gardner is Encarnita’s son.