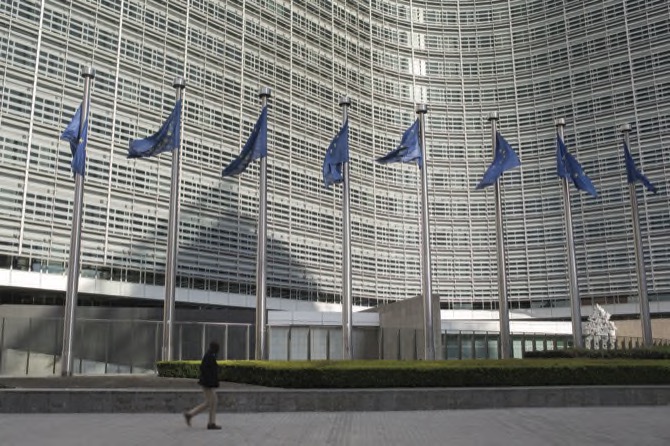 The recent global rise in energy prices and the rule of law in Poland were high on the agenda for the two-day European Union (EU) summit concluded in Brussels on Friday.

Leaders of EU member states have endorsed a package of measures to deal with the immediate effects of soaring energy prices and called for medium and long-term measures, but with mixed views on solutions specific.

In addition, concerns about judicial independence are growing for the European Commission, the EU’s executive body, following the ruling by the Polish Constitutional Court earlier this month that Polish laws were given supremacy over EU laws.

Leaders of EU member states were particularly concerned about the impact of the recent spike in gas and electricity prices on households and industries, especially as winter approaches.

France announced Thursday a special inflation allowance of 100 euros (116 US dollars) for people with a net monthly income of less than 2,000 euros in a context of soaring fuel prices.

However, EU summit leaders were divided over solutions to the energy crisis, with some believing the current crisis to be only temporary, and others calling for more decisive action to cushion its impact on the economy. .

Outgoing German Chancellor Angela Merkel told reporters that “we must find a solution without closing the markets”, adding that “the issue of rising energy prices must be dissociated from the fight against climate change”.

However, Spanish Prime Minister Pedro Sanchez urged member states to step up their measures, warning that the crisis may “undermine the competitiveness of the EU”.

Faced with soaring energy prices, some Member States want to slow down the development of renewable energies. However, EU leaders insisted on the decision and the steps for achieving the goal of climate neutrality through energy transition, urging member states to “make the best possible use of the toolbox to provide short-term aid to the most vulnerable consumers and to support Europe. companies. “

Leaders called for ensuring security of supply and supporting the transition to climate neutrality, and called on the European Investment Bank to â€œconsider how to accelerate investments in energy transitionâ€.

The Executive Director of the International Energy Agency, Fatih Birol, stressed that recent increases in global natural gas prices are the result of several factors, and “it is inaccurate and misleading to expel the blame for the transition to clean energy “.

At the summit, leaders also addressed the rule of law in Poland, expressing concerns over the EU-Poland conflict following a ruling by the Polish Constitutional Court on October 7 that the Polish constitution benefited from supremacy over EU laws.

“We have to find ways and possibilities to come together,” Merkel said on Thursday, calling for a frank dialogue between EU member states and Poland to settle the dispute. “An avalanche of litigation brought to the European Court of Justice is not a solution to the problem.”

The European Commission has expressed concern over judicial independence, which has been exacerbated by the ruling of the Polish Constitutional Court. Commission President Ursula von der Leyen told reporters at the EU summit that “the central issue is the independence of the judiciary in Poland”.

She warned that the Commission would use one of the tools at its disposal, either an infringement procedure, or the new budgetary protection mechanism leading to the suspension of EU funds, or the sanctions procedure in Article 7, which could eventually deprive Poland of EU voting rights. .

Several heads of state called for political dialogue to resolve legal disputes, while some expressed strong support for the European Commission’s commitment to punish Poland’s action.