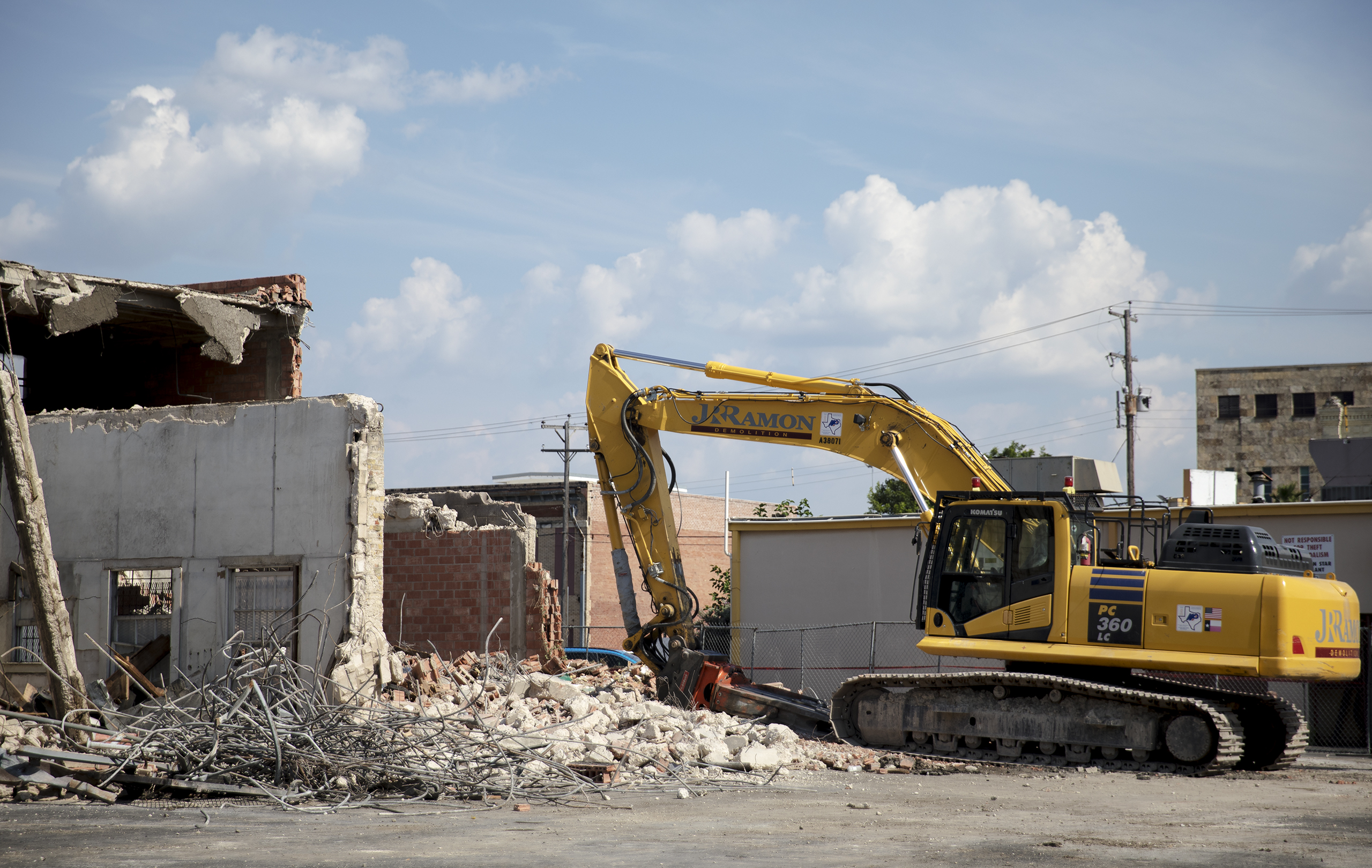 The owners of a dilapidated but historic West Side building are suing the city of San Antonio for stopping a demolition that began and stopped months ago.

The Yuen King Lim family, who have also owned and operated the adjacent Golden Star CafÃ© on West Commerce for 89 years, filed a petition on Monday claiming the city was placing an undue economic burden on them by ordering a partial demolition that would preserve the distinctive facade character.

Shaving work on the rear part of the concrete block structure, which had been considered a danger to public safety due to years of neglect, began in June, but was halted weeks later when a structural beam was damaged. What remains of the building is still standing.

The Lim want the building they bought in 1990 demolished because the restoration is too expensive and the building poses a danger to pedestrians in the neighborhood, according to family lawyer Peter Stanton.

â€œThe demolition of the building will also help create an environment that fosters much-needed growth and improvement opportunities for the neighborhood,â€ said a statement released by Stanton.

The saga of the 1930 Whitt Printing Building, located in historic Cattleman Square, began in February when owners filed for demolition of the building after bad weather severely damaged the roof.

The Office of Historic Preservation denied the request in May, but the Development Services Department declared the building a safety hazard and issued an emergency demolition order.

At an emergency meeting in early June, the Historic and Design Review Board approved a partial demolition that would keep the facade standing. It was a decision that mostly satisfied local preservation groups and the Lims.

During demolition later in the month, more of the building fell than expected and work was halted. Subsequent meetings between the owner and the city did not result in a resolution, as the city declined the family’s request to complete the demolition of the back section, according to a family spokesperson.

Bo Lim operates with his brother Alex Lim the Golden Star restaurant founded by the Lim family in Market Square in 1932. The restaurant moved to its current location at 821 W. Commerce St., after the family bought the property in 1983. They used the Whitt Building on site for storage.

The building has its origins as the Whitt Printing Company, founded by Gilberto Whitt after fleeing the Mexican Revolution in 1914. He operated the business there until 1977.

Designated a historic monument in 1985, the building was considered historically important for its role in the Spanish-language printing press in San Antonio, which at the time had the most such publishing houses of any city in the United States. United.

In the Lims trial, the family accuses the city of “lawful taking” of their property, and damaging and destroying it without compensation.

â€œWe are a local family owned business, providing affordable meals to generations of families in this community,â€ Bo Lim said in a statement.

â€œWe tried to work with the city. We are not against preservation, we have triedâ€¦ But we need viable options and flexibility with the assets we own. Work with the vsIt got us nowhere. We are literally stuck in limbo.

The Lim family are asking for more than $ 1 million in damages and a court ruling that would prevent the city from imposing fines of $ 2,000 per day on the condition of the property. They also want a section of the city’s unified development code, requiring landlords to restore buildings, declared invalid and unenforceable and a violation of the Texas Constitution.

In response to the lawsuit, the city attorney’s office issued a statement saying that public safety and the preservation of the historic fabric of the community are priorities of the city and it is hoped that a protracted litigation can be avoided with a plan that maintains both.

You can hang on in Texas. Even when you kill a cop. – Texas monthly