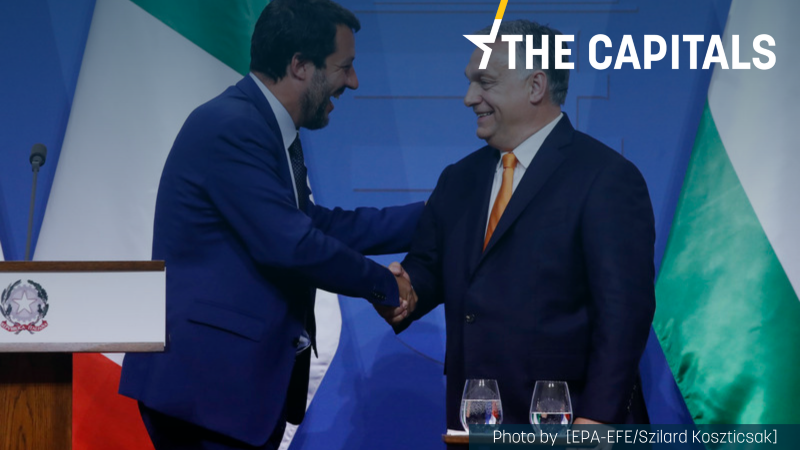 Before you start reading today’s edition of Capitals, be sure to read the article Upgrading Czech gastronomy is key to attracting “demanding” tourists.

Editorial point of view: Foreign support for the French electoral race is a risky decision. You can always tell that a candidate is nervous when he pushes foreign leaders to support him.

Pollsters may give President Emmanuel Macron a narrow but decisive edge ahead of Sunday’s presidential run-off against far-right nationalist Marine Le Pen, but he is clearly leaving nothing to chance. Read more.

Today’s edition is powered by Solidaridad.

The European Commission’s proposal on corporate sustainability due diligence misses the opportunity to require companies to respect human rights and the environment throughout their value chains and to ‘they improve the livelihoods of smallholder farmers, workers and miners. Here’s how they can fix it:

Apparently unaware of the existence of the European centre-right (European People’s Party-EPP), former Italian Deputy Prime Minister and Lega leader Matteo Salvini found himself in “full agreement” with Hungarian Prime Minister Viktor Orbán during from a meeting in Rome on Thursday, where they discussed creating a new “centre-right” to fight rising socialists across Europe. Read more.

Le Pen’s U-turn on European policy is proving a tough sell. Far-right French presidential candidate Marine Le Pen insists she wants to stay in the EU and reform it ‘in depth’, despite accusations that her agenda is only a veiled “Frexit”. EURACTIV France reports.

Finnish, Swedish opposition leaders get what they want in Washington. Leaders of the liberal-conservative parties of Finland and Sweden made a joint trip to Washington and received the blessing of US senators on NATO membership. Read more.

More EU money needed to deal with Czech refugee crisis. The Czech Republic and eight other countries most affected by the refugee crisis will seek EU financial assistance to ensure the effective use of existing and additional EU resources. Read more.

Orba change the constitution, again. Fidesz is set to begin its fourth term in power with a constitutional change that would extend the state of emergency to be declared by the executive in the event of war in a neighboring country. Read more.

The dialogue between Sofia and Skopje is collapsing again. The inauguration of a Bulgarian cultural center in the city of Bitola, North Macedonia, named after a controversial figure, has caused a new rift in Bulgarian and Macedonian relations. Read more.

North Macedonia condemns the former Prime Minister who fled the country. A court in North Macedonia sentenced for former prime minister Nikola Gruevski, who fled the country in 2018 and was granted political asylum in Hungary, sentencing him in absentia to seven years in prison. The criminal court ruled that Gruevski had illegally acquired donations worth almost 1.4 million euros which had been made to his now largest former opposition party, the VMRO-DPMNE, when he was in power from 2006 to 2012.

A former president of the VMRO-DPMNE, Gruevski is now a close ally of Hungarian Prime Minister Viktor Orbán, who wields strong influence within the VMRO-DPMNE.

Montenegrin Assembly to take the first step towards the formation of a new government. Forty-six MPs have decided that they will hold a session on April 28 to elect the speaker of the assembly, the president and members of the country’s 43rd government – ​​a first sstage in the formation of the new government which could even have a majority in parliament. Read more.

Albania has increased its imports of Russian wheat since the war in Ukraine. Albania imported 10,000 tonnes of wheat from Russia in March following the latter’s invasion of Ukraine, a 100% increase on last year’s figures. Read more.