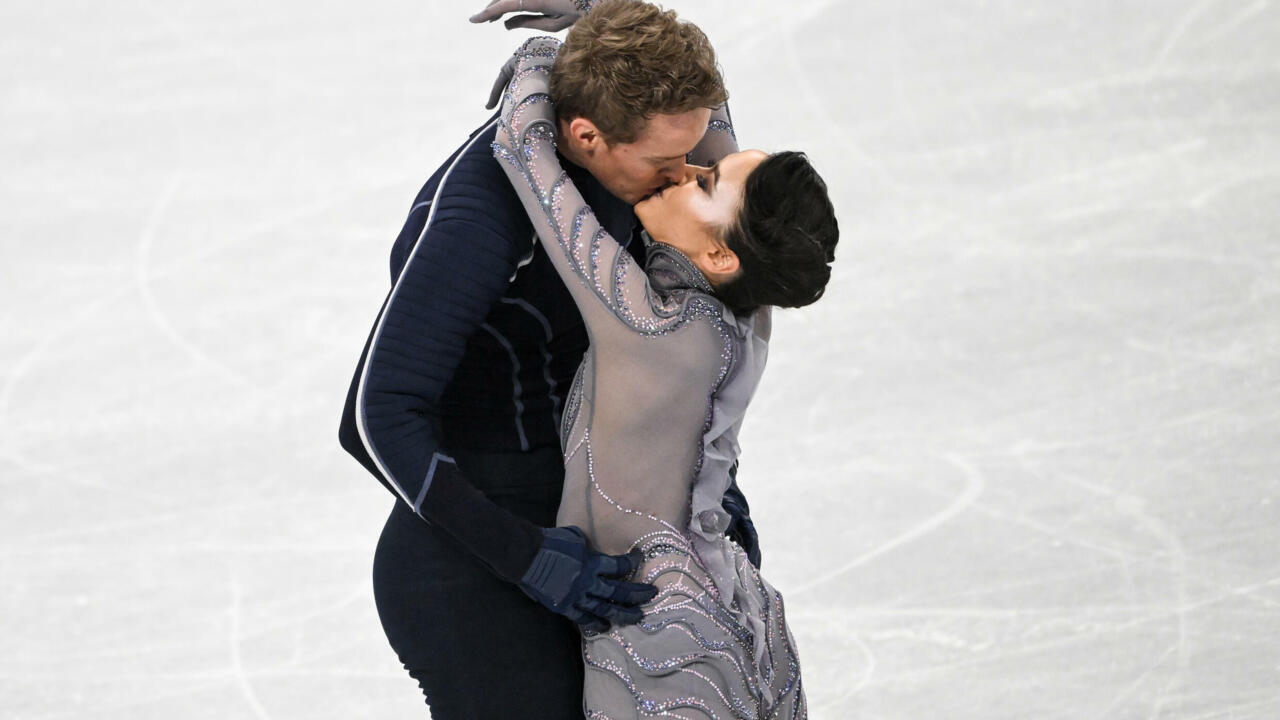 Beijing (AFP) – Nostalgic stares, graceful lifts, bodies that fit together or shade effortlessly – for many, the chemistry between figure skating partners and their unspoken love affairs is what makes them so mesmerizing to watch.

But some skaters at the Beijing Olympics are tired of those same old stories.

For partners who are actually couples, like Evan Bates and Madison Chock from the United States – who were due to perform on Monday, Valentine’s Day – their connection is evident, electrifying their routines.

In Beijing, they wrapped around each other and shared long kisses on the ice at the end of their dances.

Their personal story — they skated together for five years before dating — is typical of a narrative that fans and the media often project onto other duos.

Chinese pair skaters Han Cong and Sui Wenjing, gold contenders, have repeatedly denied having a romantic relationship over the years.

They’ve been skating together since they were teenagers, with Sui calling Han her “second father” – but the rumors persist.

Jackie Wong, figure skating analyst for the website Rocker Skating, told AFP he thought it was more unusual for skating partners to be couples than people might imagine.

“Western media especially tends to play on relationships,” he said. “Usually they are good friends and that’s it.”

Break up but stay together

Tim Koleto, who represents Japan in ice dancing with his wife Misato Komatsubara, said he found “the transition from being an on-ice couple to being an off-ice couple both natural and gradual.”

For some, the opposite was true.

Americans Madison Hubbell and Zachary Donohue began dating early in their skating partnership, before going their separate ways around two and a half years later.

But they decided to continue ice dancing together, saying “they couldn’t say goodbye”.

“There is no feeling of skating with a perfect partner and I was very lucky to have that,” Donohue said after finishing third in the rhythm dance on Saturday, as Hubbell looked on with tears. in the eyes.

“When we’re doing our best, we don’t think about matching, we just match,” Hubbell said.

“The Passion for the Stage”

“A good connection can be any type of connection. But it’s just that in the past, romantic and heterosexual relationships have been a much higher priority than anything else,” Rocker Skating’s Wong said.

The Beijing Games feature a sister ice dancing team – Natalie Taschlerova and Filip Taschler from the Czech Republic, who dress in complementary hot pink and black and dance to Madonna in their short program.

“Of course we work with our mental coach on our relationship because we are together 24/7,” Taschlerova said.

“Sometimes there are breakdowns but we already know how to fix them,” she added.

“They practice passion, but not passion to be like passion in love,” their coach said. “The passion between them is how they want to achieve their goal.”

Another thing that moves the dial is the greater representation of LGBTQ+ skaters.

In October 2021, the International Skating Union said it was investigating homophobic comments allegedly made by a Russian coach during a tournament regarding openly gay ice dancer Guillaume Cizeron.

The coach reportedly told Russian TV that Cizeron and his skating partner Gabriella Papadakis seemed ‘cold’ because the Frenchman lacked a ‘traditional orientation’.

But their fluid, usually flawless timing and musicality made Cizeron and Papadakis the favorites to win in Beijing – the Washington Post described them as “both a revelation and groundbreaking”.

A first, not just in skating, but for the entire Winter Olympics, is American pair skater Timothy LeDuc, who is openly non-binary.

“A lot of times we see the ‘Romeo and Juliet’ story,” they told the Olympic news site.

“There’s nothing inherently wrong with people doing a romance program, but sometimes that narrative is centralized in such a way that it leaves no room for other stories.

“So we just like to represent a different narrative and hopefully make more room for other stories to be told in skating.”