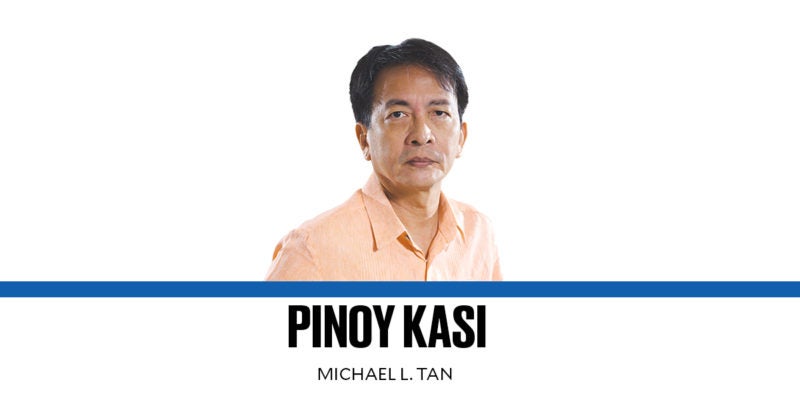 Flowers and Democracies | Opinion of the applicant

Under the post-war Republic of the Philippines and under martial law, the Philippines held elections each November, with the new president sworn in the following January. It was a practice that we borrowed, basically, from Mother America.

With a new post-Edsa Constitution, the elections were postponed to May, which was good because they coincided with the summer holidays, allowing teachers to help with administrative work, prospecting and transmission of results, difficult, even perilous work. given the political cretins and guns that have accompanied the gold (corruption) and glitter (celebrities) of our elections.

The Spanish brethren had, centuries earlier, discovered the month of May for another purpose: feasts or religious feasts, a time to honor the patrons of the city with song and dance, a time for religious instruction, though quite often there was a swerve of religious themes in the band, much to the chagrin of the moral guardians.

But who could blame people seeking freedom from the harsh penitential Lenten practices of fasting and abstinence and motley prohibitions? Nature has also lent us a helping hand, as we have found our landscapes splashed with the colors of the Flores de Mayo, the Mayflowers we have appropriated for festivals, the flowers adorning religious statues, buildings, costumes, people.

May couldn’t be happier than it was, than it is in the Philippines, and the year’s elections, especially the national elections, provided additional treats, more than festivities, more entertainment… and more passion, often boiling over into violence.

This year’s national elections will be remembered as a colorful and often chaotic combination of the religious and the political. With political parties in disarray, it was unclear what an “opposition” would look like, which could have been a blessing, when people realized that our democracy was under siege, that it was time not only to exercising the civic duty to vote, but asking people to question old values ​​and produce new visions, new aspirations.

We questioned ourselves and never in our history have we seen such an outpouring of political opinions, expressed so creatively with a profession of commitment to these new visions, values ​​and ideals.

This summer of 2022, we were a people who were coming of age, no longer just to seek, but to find our identity, to understand who we were. For years to come, this summer of 2022 will be remembered by strangers in gatherings to build friendships, which would begin with offers to share food, an umbrella…and stories of families, children, and dreams.

We were finally understanding kapwa as finding ourselves in others, and the power of this pakikipagkapwa.

Nilda, a nurse friend and elderly person, texted about a ‘miracle’ to share her bottle of Padre Pio oil she always carried with a stranger she had met at the rally who found relief from a throbbing headache after using it.

I smiled and texted: the miracle was faith you had, Nilda, and your friend’s too, in an even more miraculous gathering of faith in the land.

It will take a few days before knowing the results of the elections. If indeed we will have President Leni and Vice President Kiko, there will be jubilation, although we recognize that the hard work has only just begun, to build new foundations, so that we will never have to go through what we have just been doing for the past few weeks, democracy on the brink.

If we end up with a different leadership, there will be sorrow but hopefully not despair. The work will be all the more difficult, but we must continue with what has started, to ensure that the fragile democracy that we have will not be further dismantled. We need all the more to be inflamed by the courage and the faith gathered in recent weeks.

Elections, in November or May, have taught us that democracies are very much like flowers, only blossoming with the right combination of circumstances and care. We take them for granted in good years, only wanting them when we realize they aren’t doing as well, or maybe they haven’t even appeared.

We thank Leni and Kiko and their team for this summer of 2022 where the flowers bloomed, furiously, and not just in pink. May our children and their children live in a time of ever-thriving democracies.