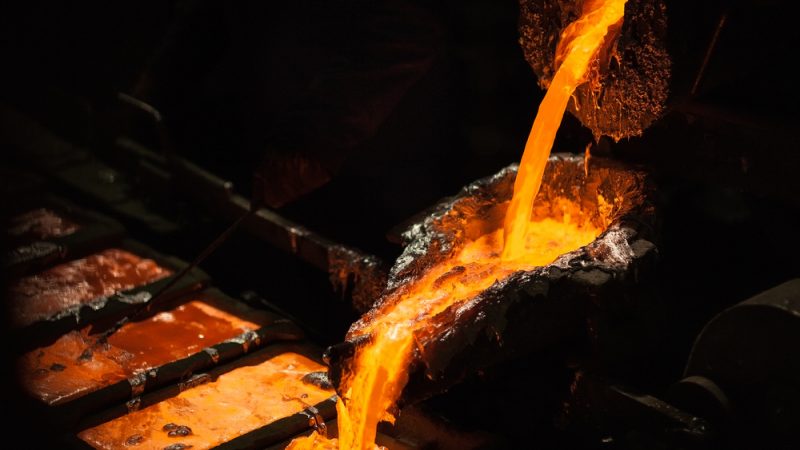 As energy prices soared, European aluminum factories began to close as the bloc increased imports from Russia and China. However, French aluminum representatives are pointing to a problem closer to home – saying the EU-backed price cap on Iberian gas is leading to unfair competition and calling for anti-dumping action against Spain.

In the spring, Spain and Portugal reached an agreement with the European Commission on an exception to EU electricity market rules for the Iberian Peninsula.

The deal created a temporary mechanism until the end of May next year that would cap gas prices at an average of €50 per megawatt-hour, halving electricity bills for many Spanish consumers and Portuguese.

Gas prices on the wholesale electricity market will drop from €90 to around €50 in May to the benefit of Iberian customers, according to a “political agreement” with the European Commission, Spain and Portugal announced on Tuesday.

The deal, which has yet to be finalized…

However, the agreement is temporary as it will only apply until May 31, 2023.

In approving the measures, the EU executive said the scheme would reduce prices for Iberian consumers without “affecting trading conditions to an extent contrary to the common interest” and would keep “distortions of competition to a minimum”.

However, the French aluminum industry disagrees.

As a result of the measures, and in particular for the aluminum used in the building, “French customers will get their supplies from Spain”, Cyrille Mounier of the Aluminum France Federation told EURACTIV France.

Mounier advocates “anti-dumping measures against Spain” to curb what he sees as unfair competition within Europe.

Anti-dumping measures are border measures applied to imports of products from an exporter, which cause dumping injurious to the domestic industry producing a product or to third countries exporting it.

Spain’s Ecological Transition Minister Teresa Ribera said she was unaware of the complaints.

“Our intention is obviously to have stable, predictable and low prices as soon as possible, but it is possible that at some point this could mean a lower energy cost for the Spanish electricity industry compared to the energy cost in d ‘other European countries’, said in an exclusive interview with EFE and EURACTIV.com.

She also pointed out that the energy costs of the German electro-intensive industry were lower due to the price of Russian gas before the war and the intervention of the French government in the electricity market.

In France, industrial producers benefit from regulated access to cheaper nuclear energy – the so-called ARENH regime – which provides them with a certain amount of electricity at a fixed price of €42 per megawatt hour (MWh), but this has was considered insufficient for aluminum producers.

In relation to these measures, “we don’t have any public companies and we don’t inject money from the budget for this,” Ribera said.

“I don’t think there is anything wrong with it, no dumping, no anti-competitive situation or anything like that,” she added.