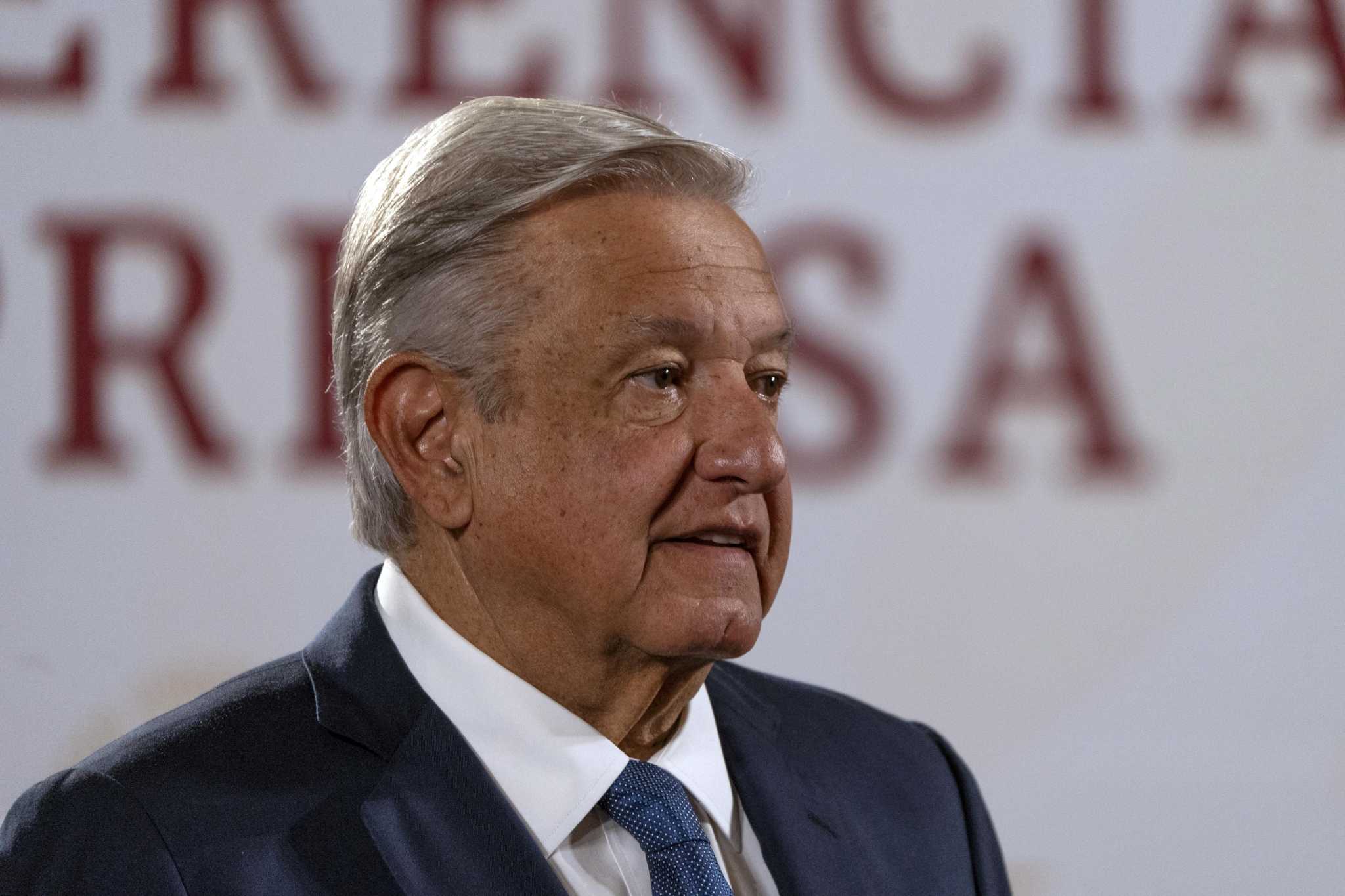 Tai invokes a clause in the United States-Mexico-Canada Agreement — or USMCA — that allows each country to request consultations when it appears violations have occurred. A hyperlink to Tai’s press release is a five-page memorandum on alleged USMCA violations.

Tai complains of discrimination against American electric, fuel storage and fuel companies, but without mentioning the company names. The main dispute relates to the actions authorized by the electricity law of 2021.

Renewable energy sources had been pushed to the front of the queue, meaning their cheap, clean electricity was purchased first to meet demand, encourage investment and help the environment. But a new law passed by a Congress controlled by the party of López Obrador pushes this electricity to the background in favor of electricity produced by the public electricity company CFE, which in turn feeds its power plants with high sulfur diesel and fuel oil from the state oil company Pemex.

On HoustonChronicle.com: Mexico assures US it will follow ‘rule of law’ on energy disputes

A second complaint relates to the obligation for users of the gas pipeline network to obtain gas supplies from Pemex or CFE.

The USMCA gives a party 30 days to respond. If nothing is resolved after 75 days, a panel will be formed with a mandate to report within 150 days. If the dispute is still unresolved, a party has the right to impose penalties on the other party in an amount equivalent to the economic losses suffered.

The history of such panels is not promising. The first attempt by a US company to seek investor dispute settlement in the late 1990s under the USMCA’s predecessor, NAFTA, came to nothing. Metalclad, of Newport Beach, Calif., had built a state-of-the-art toxic waste management facility in the Mexican state of San Luis Potosí, only to shut it down due to regulatory malpractice and corruption.

A NAFTA arbitration panel was established and held its sessions in Vancouver. Metalclad sought $130 million in damages but was only awarded $20 million.

López Obrador predicted that the US Trade Representative’s claims would “go nowhere”. To dramatize his dismissive attitude, during a press conference he played a song with the phrase “Woo, So scared!” I’m shaking.

There are reasons to believe that López Obrador is right.

His team’s likely response will be to emphasize Mexico’s right to energy sovereignty. His team will note that the transmission and distribution of electricity is reserved in Article 27 of the Mexican constitution to the nation. The CFE therefore exercises a constitutionally enshrined mandate.

It follows that the measures necessary to allow CFE to perform its legal functions and ensure energy security are justified and are not the subject of allegations of violation of the USMCA.

Likewise, he might argue, Pemex is the backbone of energy security in fossil fuels, including natural gas, and measures to enhance Pemex’s ability to supply these fuels are also issues of sovereignty.

U.S. Trade Representative misses ideological forest of contentious trees: By failing to respond to errors in López Obrador’s grand theory of energy sovereignty, USTR risks becoming bogged down in philosophical discussions about each of the violations alleged by the USMCA.

On HoustonChronicle.com: The three “great men” in Mexico’s oil history all shared the same blind spot

The half-dozen typographical errors in citations of documents in Spanish will indicate to the Mexican side that the USTR lacks seriousness.

The record, however, is weak for what it does not say about Pemex’s notorious attempt to grab half of the 700 million barrels of oil reserves discovered in 2017 by Houston’s Talos Energy.

Since 2018, Pemex has negotiated in bad faith, breaking its promise to drill an adjacent, or offset, well to establish a claim to a share of the reservoir called Zama. By decree, Rocío Nahle, the energy minister, last year granted a hair of more than half of the property to Pemex.

It entrusted Pemex with the role of operator, a function for which the company is not prepared. It is Zama who “will not go anywhere” if Pemex remains the operator.

The US Trade Representative needs to turn things around if he expects more than filibustering from the Mexican side. Otherwise, every alleged violation of the USMCA will be justified as a measure of national sovereignty.

But how? One option would be to preemptively impose a tariff on oil and natural gas exports to Mexico. In this way, both parties will be encouraged to negotiate in good faith.

George Baker is the Houston-based editor of Mexico Energy Intelligence, an industry newsletter. He is the director of the platform of energia-mx.com. @Energia_com.

Our successful democracy should be celebrated more