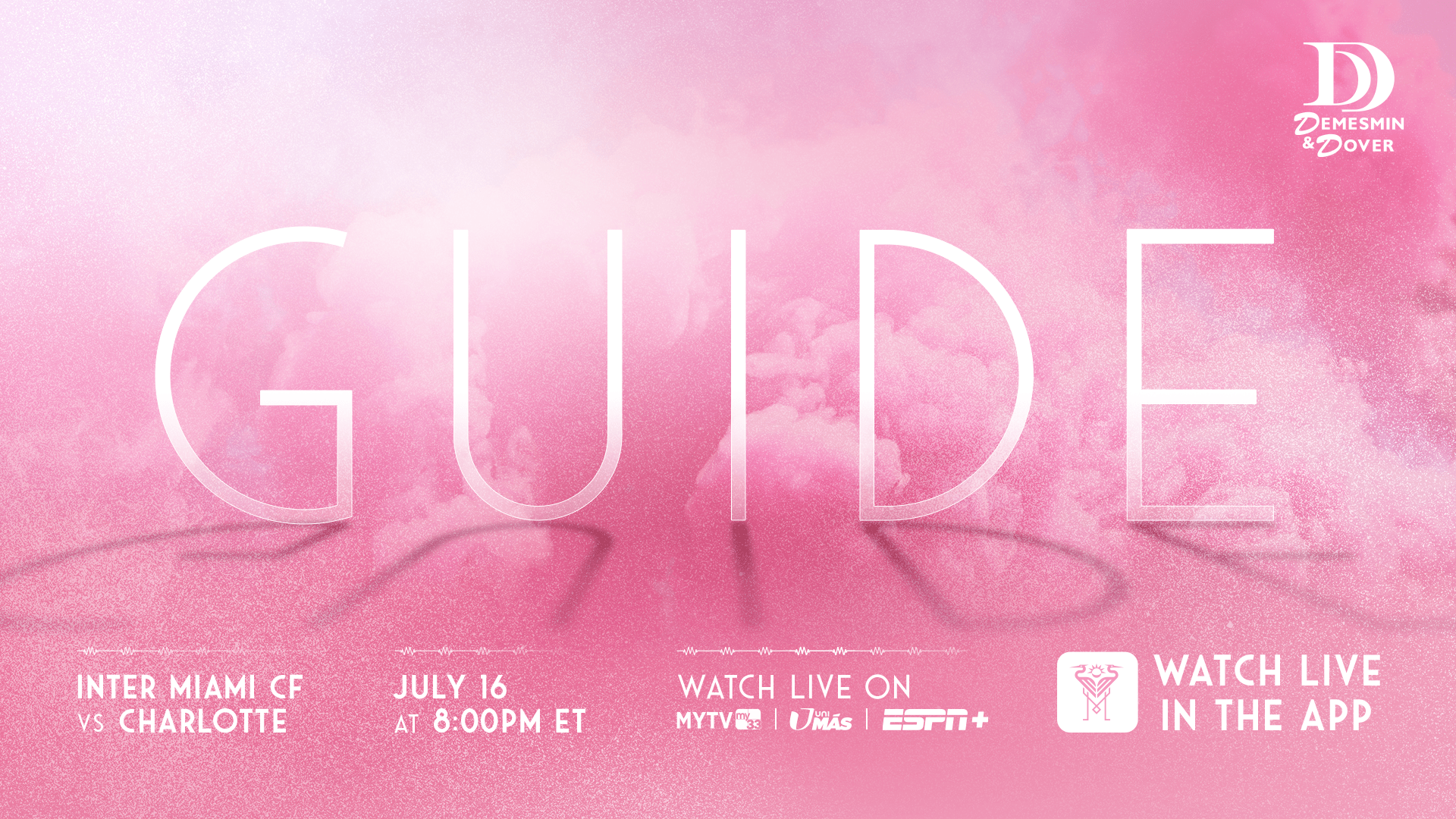 Inter Miami are set to end their two-game week at home on Saturday July 16 by hosting Charlotte FC in South Florida for the first time in club history. Kickoff at DRV PNK Stadium is scheduled for 8 p.m. ET.

Participate in the game? Be sure to get up and get all the information you need to make your stay at DRV PNK Stadium enjoyable and safe!

• Digital Tickets Only: All tickets for matches at DRV PNK Stadium are digital! The easiest way to access it is through the Inter Miami CF app. Read all the details on how to access your tickets.

• Our game day contains all the information you need, including how to get to the stadium, parking, health and safety, digital tickets, stadium entry, food and drink and merchandise.

• Go to the GREEN lot

• Navigate to the YELLOW lot

• Due to high demand, fans are encouraged to book tickets ahead of match day and check Brightline’s website for train times and prices.

• “40% off La Palma shirts when you buy a Heartbeat shirt.

Here is the information and schedule for your broadcast on the day of the match:

• Get ready for game day by listening to Nick Marsman’s game day playlist! Discover Hype by Heinken, available on the Inter Miami app and Spotify.

• Prepare for kick-off by purchasing the new selection of Inter Miami kit!

• Spread our AutoNation Pre-Game Show live with analysts Kaylyn Kyle, Thomas Rongen and Chris Wittyngham as they prepare us for the game!

• The stream will be exclusively available in the Inter Miami app.

• The game will be broadcast nationally on My33, the UniMás app and the Inter Miami app.

• Matchday Audio: Fans can stream commentary narrated live by Chris Wittyngham and Thomas Rongen on the InterMiami App and the Audio page.

• The match will also be available on English radio on 790 The Ticket and on Spanish radio on Univision Miami’s WQBA 1140 AM and the Uforia app.

• When the clock hits the 80th minute of play, fans can start voting for the man of the match on the official Inter Miami app. Vote during each match to help us determine the winner!

• After the game, listen to Head Coach Phil Neville and the players straight from the DRV PNK Stadium live in the Inter Miami app.

The triumph of intolerance