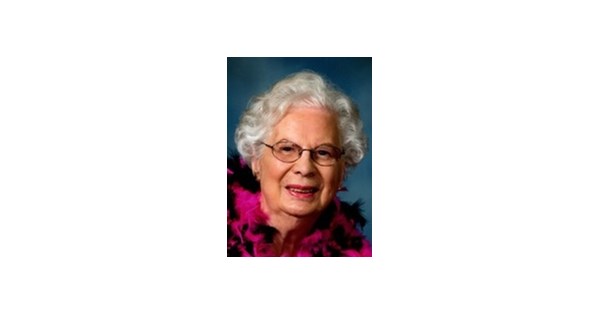 Agawam, MA – Helen P. (Besko) Anusiewicz, passed away peacefully at Heritage Hall North Rehabilitation Center in Agawam on January 18, 2022 after a long and courageous battle with Parkinson’s disease. Helen was the third of four children of the late John and Amelia (Sowosko) Besko. She was 97 years old.

Helen was born in her aunt’s house on Prospect Street in Hatfield, MA on August 16, 1924. She grew up on the family farm on Depot Road in North Hatfield and became accustomed to hard work from an early age. She attended Hatfield Schools and graduated from Smith Academy in 1941. During World War II, Helen moved to East Hartford, CT and worked as a drill press operator at Pratt & Whitney Aerospace to support the effort of war. She will also work at the former Lesnow Manufacturing Co. in Easthampton and The Pro-Brush Company in Florence.

On Thanksgiving Day in 1947 Helen married Edwin Anusiewicz of Northampton, a marriage which lasted 65 years until Edwin’s death in 2012. In 1949 they started Central Service Company, a sales and service business for appliances and commercial refrigeration, located on Lincoln Avenue. in Northampton. They would successfully operate their business together for 35 years until their joint retirement.

Helen would reside in Northampton for nearly 67 years. She had a reputation for being an excellent cook and always enjoyed hosting gatherings of family and friends. She was an avid walker who could be seen regularly walking along the roads of Look Park. She also enjoyed playing miniature golf, enjoyed dancing and listening to Polka music, and was a loyal Red Sox fan. She was Communicator of Saint Elizabeth Ann Seton Parish.

In 2014, Helen moved to Armbrook Village, a seniors’ residence in Westfield, MA. While in Armbrook, Helen stayed active by participating in the many daily programs and activities, watching Red Sox games, listening to the Eddie Foreman Polka Band, and walking around the Armbrook village complex. Even at the age of 97, Helen still walked ½ mile most days.

Besides her parents, Helen was predeceased by her husband Edwin and her brothers Edward Besko of Easthampton, John Besko of Hatfield and Thaddeus Besko of Suffield, CT.

All funeral services, including interment at Calvary Cemetery in Hatfield, will take place later in the spring. The CZELUSNIAK FUNERAL HOME has been entrusted with the arrangements.