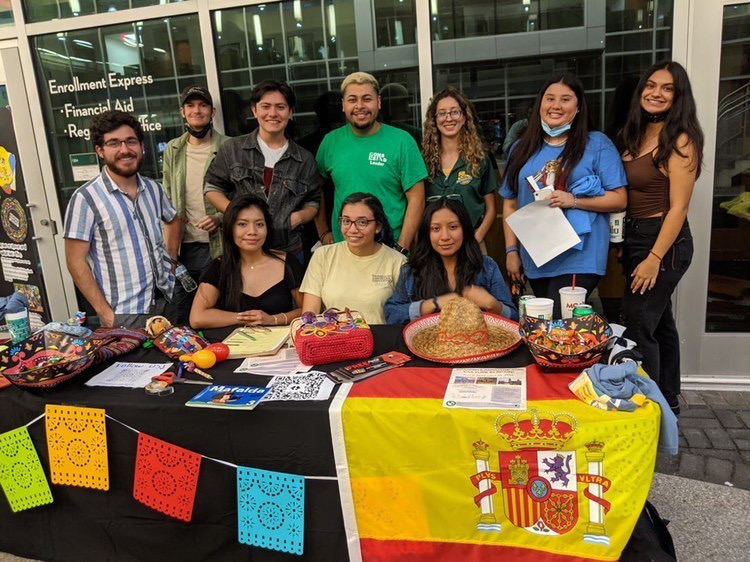 Hispanic Heritage Month is celebrated from September 15 to October 15 each year. It was first recognized in the United States by Lyndon B. Johnson in 1968 as “Hispanic Heritage Week, “ and it was enlarged by Ronald Reagan in 1988. Since then it has been used as a way to appreciate Hispanics and their culture on campus and around the world.

Jerry Parker, French and Spanish teacher and director of the Foreign Language Resource Center, is someone who has taken a keen interest in learning the Spanish language.

â€œI started my journey with Spanish in second year in high school just as many other Louisiana natives did because it was necessary for TOPS. When I came to Southeastern as a student undergraduate, I met so many wonderful teachers and classmates who helped me develop my language skills in unexpected ways. Then when I got to college, when I learned that there had Afro-Hispanics, I knew I had made the right choice, â€Parker said.

Due to Hurricane Ida, the Department of World Languages â€‹â€‹and Cultures had to adjust its schedule and the Spanish club were unable to organize any event this year in addition to Day in the Park on September 30. However, Spanish club vice-president Kathery Esqueda, international administration and management double major, found other ways to celebrate.

â€œI have been to local Hispanic restaurants with friends. Some of my favorite dishes are tacos, pozole, barbacoa, and Ximbo. I also played traditional board games and watched movies and TV shows related to our culture, â€she said.

Still, there are other events outside of Hispanic Heritage Month that also celebrate Hispanic culture.

Esqueda said: â€œI lived in Mexico for ten years. I can say the best times of the year are Day of the Dead on November 1 and Las Posadas on December 16-24.

The fast approaching Day of the Dead is a joyous celebration in remembrance of those who have passed away. Las Posadas is a nine-day devotional prayer during the Christmas season that is believed to represent the pregnancy of Mary, the mother of Jesus.

â€œMexican folk songs are my favorite, especially Jose Jose. I love the way Jose Clemente Orozco paints as a muralist and Frida Kahlo’s writing as a poet, â€she said.

Hispanic culture is present in many countries. Parker talked about the places he wants to visit.

â€œWhen I get the chance, I want to visit Puerto Rico, Cuba and the Dominican Republic. I always tell my students that Lydia Cabrera, a Cuban folklorist, is my muse and my best friend, â€he said.

Parker explained why it’s important for Hispanics to be represented on campus.

He shared, â€œI have met a number of students who identify as Hispanic who felt a sense of belonging when they found out that we had a major in Spanish and that there were others. people of the same ethnic / racial origin as them. Although in the minority on campus, they deserve to be represented in any way possible just as we make efforts towards other groups. This is what true inclusion and diversity is.