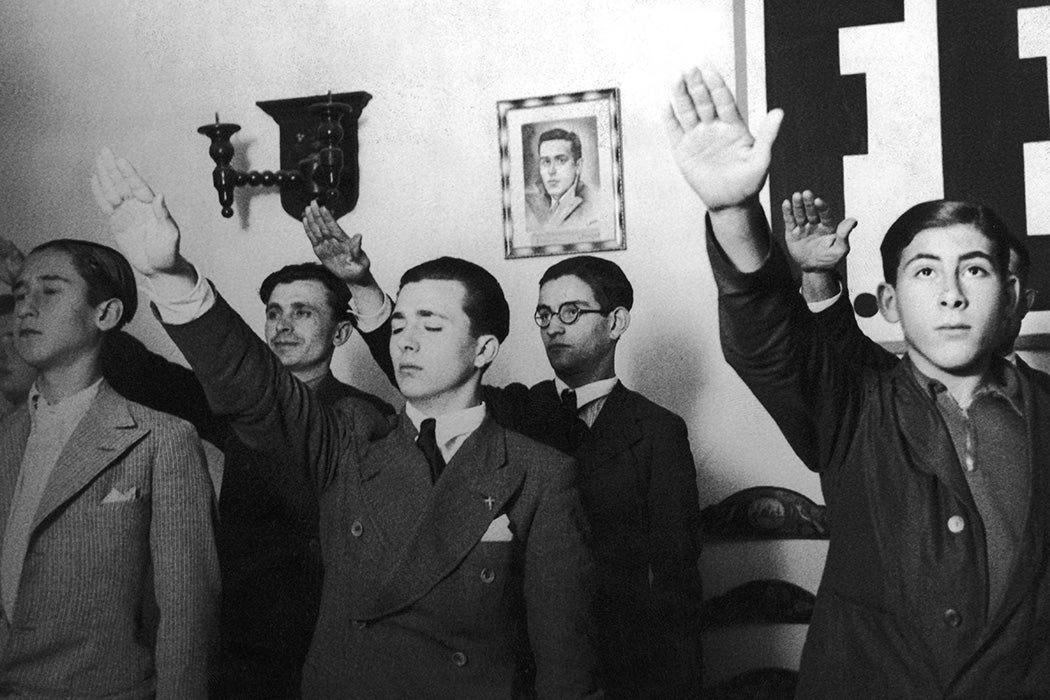 National myths are subject to revision, sometimes remarkably quickly. From the mid-1930s, Fascist Spain overturned its own founding history extraordinarily quickly and against the existing scientific consensus. This revisionist project extended throughout the nation’s tumultuous mid-twentieth century.

Classical studies scholars Aarón Alzola Romero and Eduardo Sánchez-Moreno explore these changes upside down in how Spanish scholars interpreted the Iron Age of the Iberian Peninsula (c. 800 BCE – 50 CE). From the turn of the 20th century to the mid-1930s, historians and archaeologists referred to the people who lived there as “Iberians”, postulating a non-Indo-European culture, unlike much of the rest of Europe. The distinctive character was a point of pride for modern Spaniards.

Franco’s “representations of the Celtic origins of Spain” went against “much of the archaeological and paleolinguistic evidence existing at the time”.

But, as Alzola Romero and Sánchez-Moreno argue, with the rise of the Fascists under Francisco Franco, who began his rebellion against the Spanish Republic in 1936, Spain’s official history was aligned with the myths of ” Aryanism” and “Pan-Celticism”. “, creating an Indo-European past that fits perfectly with German Nazi mythology. Spain’s Iron Age ancestors have been reimagined as a southeastern extension of a unified people who swept across Europe. The racially specific ties to fanciful Aryans/Celts would become the new official point of pride.

Under Franco, write Alzola Romero and Sánchez-Moreno, a “pan-Celtic” model “was forged on several fronts: political, archaeological, linguistic, art history, folklore”. Franco’s “representations of the Celtic origins of Spain” ran counter to “most existing archaeological and paleolinguistic evidence at the time”, but nevertheless became the official version of the story because the Fascists controlled not only the state, but also academic and heritage institutions.

The fascist conception of Spain, based on racial and cultural unity, also suppressed regional differences, as in the Basque Country and Catalonia. Making all of Spain ‘Celtic’ whitewashed the complexities and differences, the multi-ethnic mosaic underlying centuries of migration. “To achieve this, the Spanish national myths had to be rewritten.”

It is important to note that not everyone fell in line: “a number of academics refused to conform to these gross distortions of the past and denounced – with more or less vehemence – the illegitimate manipulation of the country’s history”.

What is so remarkable, as Alzola Romero and Sánchez-Moreno detail, is how quickly it all happened and how quickly national history was rewritten once again after 1945. The Myth Aryan connections, from a Europe-wide Celtic unity, met with the final defeat of the Nazis and their specious racial notions at the end of World War II.

With the Axis as a model literally in ruins, Franco’s archaeologists and historians once again revised the past. Celtic mythology has been brushed aside to focus on a later period in Spain’s history. In the post-World War II era, Spain’s glorious past was specifically transformed into a Catholic past, uniting a deeply reactionary church with a deeply reactionary state. The Celts were replaced by the myths of the Reconquista against the Moors and the planetary Catholic empire founded by Ferdinand and Isabella.

Wherever you go, the “glorious pasts” are largely fictional. Spain shows how easy it has been to rewrite such national fictions to adapt them to current conditions and needs.

JSTOR is a digital library for scholars, researchers and students. JSTOR Daily readers get free access to the original research behind our JSTOR stories.

New ruling on payday loans is bad news for borrowers