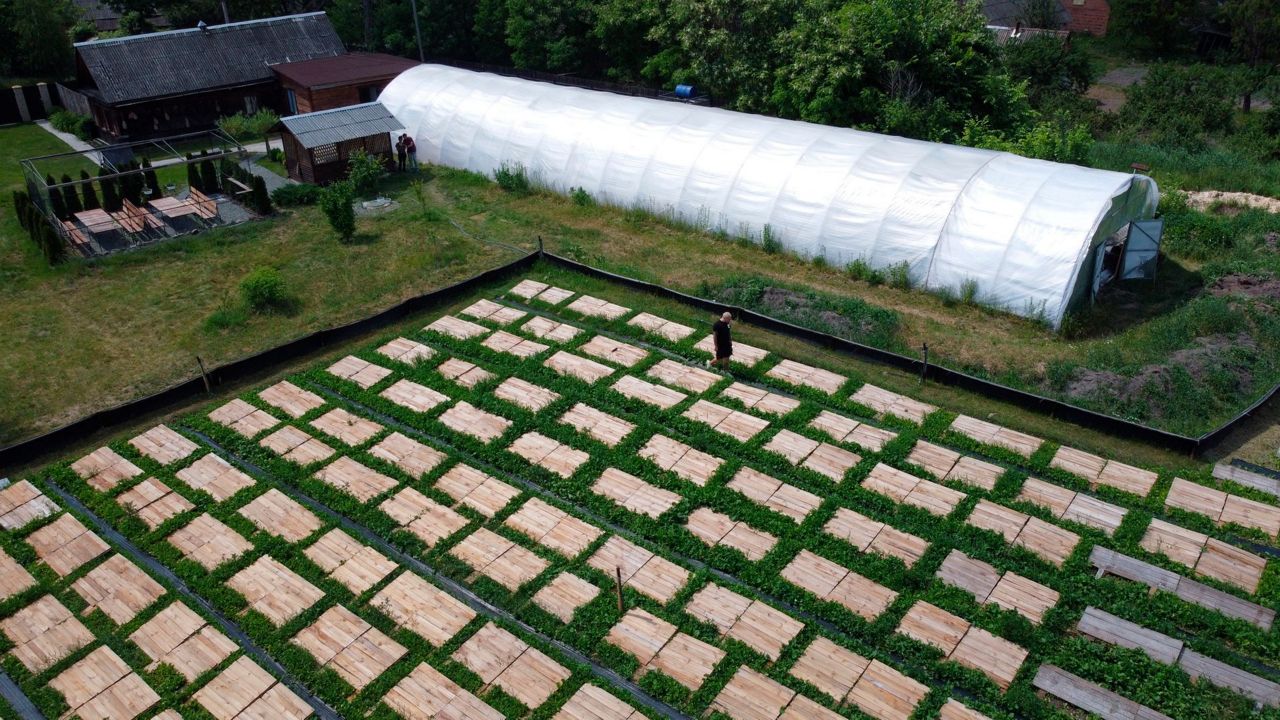 VERESNYA, Ukraine (AP) — The Ukrainian farmer was living a quiet life with the quietest of creatures: snails she raises for export. Then, the sky on the horizon turned fiery red. Russia had launched its invasion and nearby towns were burning.

Olena Avramenko’s village, Veresnya, northwest of the Ukrainian capital, Kyiv, was quickly occupied by Russian forces. But his snails were too valuable to leave.

So she stayed, sheltering in her basement and cooking snail meals – snail ravioli, fried snails, snails in garlic butter – for herself and the eight other people she has. welcomed.

The war’s disruption of exports of grain and other Ukrainian crops that feed the world has captured global attention and is driving up bread prices around the world. But the production of other more niche foodstuffs has also been impacted.

Before the war plunged Ukrainian life and its economy into a tailspin, the country’s farmers and craftsmen successfully dabbled not only in snails, but also in oysters, edible frogs, vegetable milks, craft beers, cheeses and other products for Europe. markets.

Avramenko and her son, Anton, turned to snail farming five years ago. He sold everything to invest in the business, which at the time was considered a risky and exotic venture in Ukraine. For them it was an adventure, something new to learn. They exported the snails to restaurants in Spain and Avramenko realized that she had found her calling.

“I stayed to protect our farm and our home,” she said. “If I hadn’t done it, there would be nothing left.”

In France, where snails are eaten piping hot with oozing garlic butter or mixed into pâtés, importers have noticed Ukrainian snails entering the market. Exports to the European Union of raw Ukrainian snails more than doubled between 2017 and 2021, from 347 tons to 844 tons.

“But that number might be underestimated,” said Pierre Commere of French agribusiness group Adepale. “For several years, the snail sector has been in crisis for a long time. It has become more and more difficult to find snails and the prices are increasing”.

During the Russian occupation of his village, Avramenko found another vocation: to take his mind off the war by imagining new snail recipes once peace returned.

His son, fortunately, was not in Veresnya when the Russian invasion began on February 24, and he could not return immediately. But the Russian soldiers didn’t seem interested in their snails. They came for fuel, smashing a window and asking Avramenko for his keys.

She kindly reprimanded them for breaking and entering. One of them asked him to forgive him.

Russian forces withdrew from Veresnya at the end of March, as part of a general withdrawal from north and around Kyiv, to embark on a massive Russian offensive on eastern and southern Ukraine, where the fighting are still raging. Many villages in the Kyiv region were littered with bodies and international experts are working there to document alleged war crimes.

His son called the day after the Russian withdrawal and said they would get back to work immediately. He said that because the war has delayed the start of the snail farming season, their business will only break even this year at best. But he didn’t want their seasonal workers to have no income. And a return to the slow pace of snail farming, he felt, will do everyone good.

“I was somewhere between fear and collapse when he said that,” Avramenko said. “But it was the right thing to do. You have to do something to overcome the shock. Otherwise, you can easily lose your mind.”

Follow AP’s coverage of the war in Ukraine at https://apnews.com/hub/russia-ukraine

Copyright 2022 The Associated Press. All rights reserved. This material may not be published, broadcast, rewritten or redistributed without permission.

all you need to know