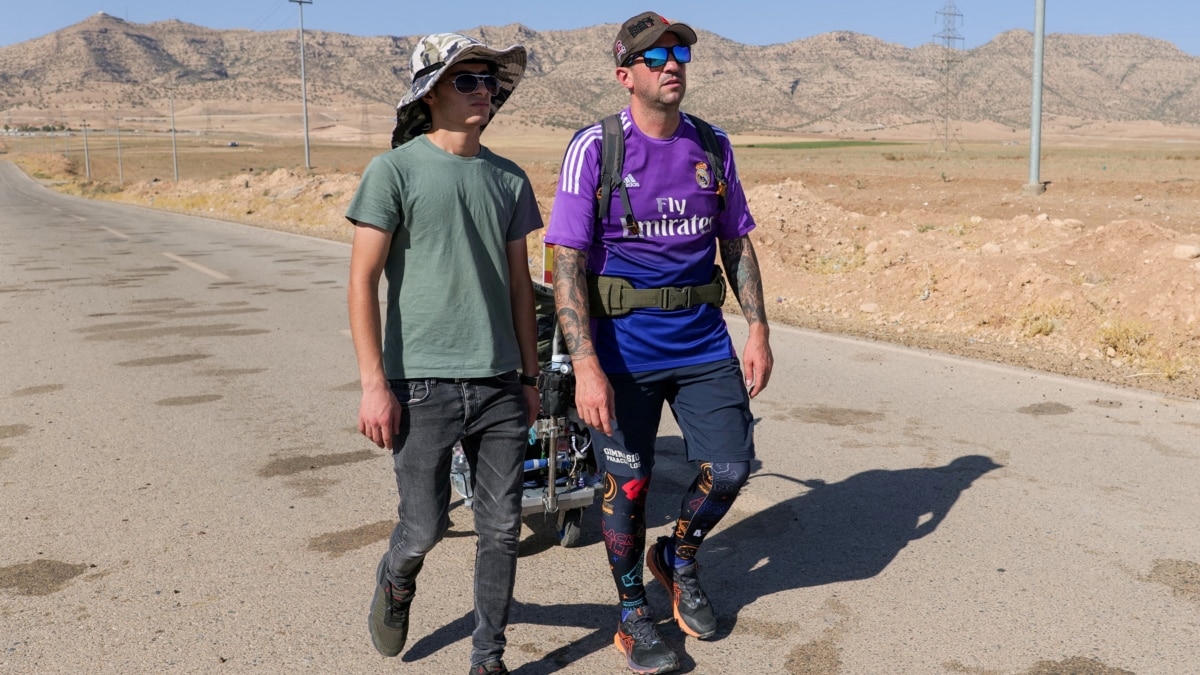 Human rights news agency HRANA reports that the Spanish nationals remain in detention, although little more is known about them.

The most recent arrest was Ana Baneira, 24, who HRANA said was taken into custody during the protests and imprisoned “in recent days”, citing sources close to her family, although they have indicated the actual date of his arrest and his whereabouts. are unknown.

His arrest follows that of Santiago Sanchez, 41, who was arrested in the town of Saqqez after visiting the burial site of Mahsa Amini, whose death sparked the recent unrest. The Reuters news service reports that Sanchez last sent a photo of himself to his friends at the Iraqi-Iranian border with the caption: “Entering Iran”.

The Associated Press reported on Thursday that the Spanish embassy in Tehran confirmed the arrests of the two Spanish nationals and said its staff were in contact with Iranian authorities about them. AP reports that Sanchez entered Iran on his way from Madrid to Doha for the FIFA World Cup 2022 soccer tournament.

HRANA also reported Thursday that security forces arrested Elham Afkari, the sister of Iranian wrestler Navid Afkari, who was executed in 2020 after being convicted of murder.

News agencies affiliated with the Iranian government reported that Elham Afkari was arrested at the border as she attempted to flee the country. They accused her of being an agent for the London-based Persian news agency Iran International.

From its Twitter account, Iran International categorically denied “the Islamic Republic’s claim that Elham Afkari worked or collaborated” with the broadcaster.

State media showed photos of Afkari’s arrest, in which she was seen with a large black blindfold over her face as she sat in the back of a security vehicle with screened windows .

But his brother Saeed Afkari wrote on social media that his sister, her husband and their 3-year-old son had been arrested in the southern city of Shiraz. Human rights groups also dispute Iran’s state media version of events.

Iran International reports that Elham’s brother, wrestler Navid Afkari, was executed in September 2020, after participating in protests and being accused of killing a government employee. His execution drew strong national and international condemnation.

The news agency reports that two other brothers of Afkari are still in prison and are serving a 66-year prison sentence between them. The report goes on to say that the family has been persecuted for more than four years and that Navid and his two brothers have been subjected to extensive torture in prison.

The arrests come as protests that began in September continue across the country. They were triggered after the death of 22-year-old Mahsa Amini, from the Kurdish region of Iran, after being taken into custody by morality police for failing to observe the country’s strict dress code.

The protests pose one of the biggest national challenges to Iran’s theocracy since the Green Movement protests of 2009. Some oil workers joined protests at two key refinery complexes on Monday, linking a key oil industry for the first time. troubled theocracy.

Some information for this report comes from The Associated Press and Reuters.

From one court to another? Padel and tennis at war against a “hostile” takeover | Tennis

5 new or reorganized participations in the United States, South America and the…