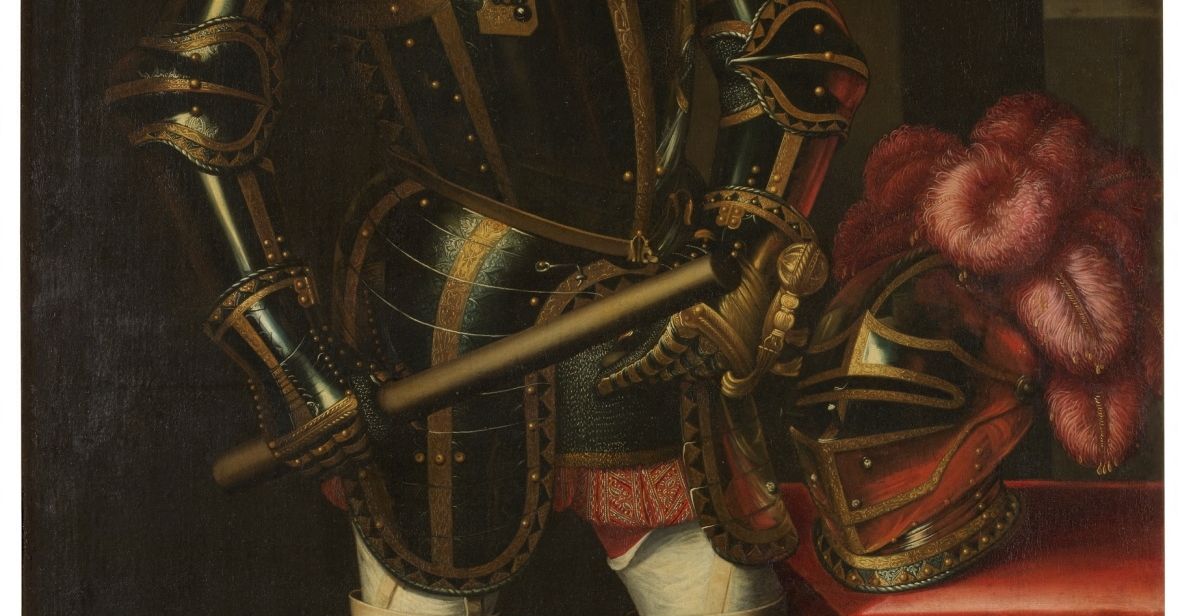 A photo shows a painting of Emperor Charles V by Juan Pantoja de la Cruz, which was loaned to the Kremlin Museum for a postponed exhibition after the Russian invasion of Ukraine and returned to the Prado Museum in Madrid, Spain , March 21, 2022. Museo Nacional del Prado/Handout via REUTERS

MADRID, March 21 (Reuters) – The Kremlin Museum has returned to Spain’s Prado Gallery a painting and several suits of armor loaned for an exhibition postponed after Russia’s invasion of Ukraine, two Spanish institution sources said on Monday.

The 1605 painting, a full-length portrait of Emperor Charles V by Juan Pantoja de la Cruz, and a collection including armor the king wore in the painting have been returned with the “full cooperation” of the Russian museum, it said. the sources. The armor is usually on display at the Armory of the Royal Palace in Madrid

The Prado Museum and Armory declined to comment on the return of the pieces. Last week, Spain’s culture minister said the government had asked for the works to be returned in protest against the war.

The Moscow Kremlin Museums has postponed the exhibition “The Duel: From Trial by Combat to a Noble Crime” from the scheduled opening on March 4, 2022. The exhibition was to include exhibits from several European museums, it said. he stated on his website.

“The Moscow Kremlin Museums are currently working on the realization of the exhibition without European participation,” the Russian body said on its website.

Such exhibitions are planned more than a year in advance, said one of the Spanish sources Reuters spoke to.

Spanish institutions coordinated the returns with the British Royal Armories Museum, the Louvre Museum and the National Library of France, which had also lent pieces, the other source added.

Reuters could not immediately establish whether the British and French pieces had also arrived in their countries of origin.

Spain’s National Heritage, the body that manages Spain’s royal sites and collections, lent several pieces, including armor designed to be worn by a greyhound – a pet of the king, and another worn by Philip III when he was a child. All parts have been returned, the sources said.

The painting and armor left Russia on March 12 and traveled overland via Finland, Germany and France, they said.

In another sign of wider tensions caused by the war in Ukraine, two museums in Milan said earlier this month they would return several works of art on loan from Russia. Read more