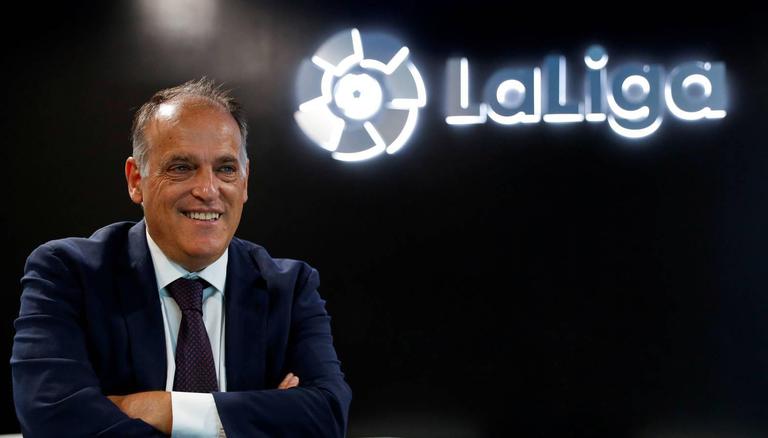 Spanish professional football clubs are set to embark on major investment projects thanks to the ‘Boost LaLiga’ initiative, which La Liga President Javier Tebas says will accelerate the growth of Spanish football by 15 at 20 years. This is possible thanks to an agreement between La Liga and the global investment fund CVC, with 1.994 billion euros to be provided to Spanish clubs to stimulate growth.

Speaking at an ‘EFE Sport Business Days’ event on ‘Funding in the history of sport’, Tebas explained why LaLiga decided to partner with CVC and how important it is to maintain the incredible growth that LaLiga and its clubs have enjoyed lately. year.

“With the partnership with CVC, the clubs are worth 30% more. If we don’t, we will go down. In France, they are already considering an option like this,” said chairman Javier Tebas. “The world of finance and the big investment funds are saying ‘the funds (CVC) trust La Liga and the clubs, and they are going to invest 2 billion euros’. That they are going to make money? Obviously, but the more they win, the more the rest of us will win,” says Tebas.

Discussing the motives behind the project, Tebas told the EFE audience: “It would have been impossible for the clubs to [make significant investments] organically because they have to focus each year on fighting to avoid relegation or on their different sporting goals. So for mid and lower level teams, it would have been impossible to achieve this organically. This is why we have secured this investment.

Although the value of the competition’s media rights has more than doubled in recent years, Tebas warned that LaLiga cannot rest on its laurels, saying: “If we want to continue to compete with the Premier League first and foremost and with… ‘other competitions, we must be a strong league. The clubs have decided that we have to think ahead and invest in technology now to stay competitive. Otherwise, our audiovisual rights could decline. People think they’re always going up, but that’s not always the case. We and our clubs must be prepared, otherwise our broadcasting rights will fall and the industry will lose jobs.

The update on the industry as a whole is important, given the important role that Spanish professional football plays in the country’s overall economy. This is another reason why La Liga and its clubs felt it was important to act now. On this, Tebas said, “We want to enrich the industry. Remember that professional football represents 1.37% of Spanish GDP and is responsible for 185,000 jobs. If we don’t take action like this, those numbers could go down. »

Finishing his explanation of the motives behind the CVC deal, Tebas clarified that it was not a loan and that CVC would receive a percentage of the audiovisual rights revenue for the next 50 years through ‘Boost LaLiga’, rather than having a permanent contract. participation in the organization. The league president explained: “It’s not a loan, it’s a capital investment. CVC will get nine percent whether revenue rises or falls. So it’s not a loan. Keep in mind that capital investments are usually forever, but it’s almost a favor or advantage that it’s only for 50 years. There are funds like that everywhere and they look at this kind of thing in French football, like us, but it would be forever and not just for 50 years like our partnership. But that’s not a bad thing either. »

Regarding the short-term revenue that LaLiga Impulso can bring to clubs, Tebas explains: “It will generate more revenue for clubs with greater ticketing because they will have better stadiums, much more online sales, because they will have better digital platforms to sell and reach their fans, and they’ll generate a lot more sponsors because they’re not just asking for exposure, but they’re also asking for data and that’s something you have to have and that requires investment important”.

Investment in facilities, internationalization and digitization

During the EFE roundtable, Tebas went on to explain exactly what the CVC money will be used for. One of the conditions for clubs is that 70% of the money they receive must be spent on investment projects and the league president explained why saying: ‘We could have said ‘take the 2 billion euros and share them among yourselves”. But what we have done is important because it is 2 billion euros, but 70% of it must go to investment and infrastructure. That will help with technology and digitalisation. This will take Spanish football forward for 20 years, without using public money. This is important, especially with the 2030 World Cup bid approaching and more stadiums ready for projects complete redevelopments without the need for public funds. It’s a project to grow, not go into debt.

He continued: “It will help clubs move forward by, I calculate, 15 to 20 years what they would have managed organically. Could Valencia finish its stadium without this investment project with CVC? No. Would Atlético Madrid be able to carry out its works projects next to the Wanda Metropolitano and a new sports complex without this project? No. Could Sevilla increase the size of its stadium and make it a 21st century venue? No. Would Real Betis be able to build the sports complex they are working on at Dos Hermanas? No. Could Rayo Vallecano create a premier stadium in Vallecas? No.”

These examples are taken from development plans that clubs have submitted to LaLiga, detailing what they plan to do with CVC funds. Investing in facilities was a common example, but so was the willingness to invest in internationalization and digitization. On these two areas, Tebas added: “We don’t want only two and a half clubs to be fully internationalised. We want more international clubs, but you have to invest in that by opening football schools and organizing tournaments and events. You need money for this and CVC will help you. The other area is digitization. We are very digitized in La Liga, but we want that to be possible in other clubs as well, clubs that may not be very big.”

The success story of Dorna Sports and CVC

Ezpeleta even has first-hand knowledge of working with CVC and said, “When an investment fund like CVC trusts your organization, it shows that you are doing well because their owners think you can be a leading company. During our years with CVC, and later Bridgepoint and Canada Pension Plan, they left us to run the championships.In our case, the investment funds gave us the opportunity to access funds that we wouldn’t have had access otherwise. Their experience of other similar situations helped us see what we should and shouldn’t be doing. I don’t think MotoGP would be in good shape without the investment funds.”

Next at the High Court: Stolen Pissarro, campaign finance

Do you know this man? Living John Doe found wandering in Michigan