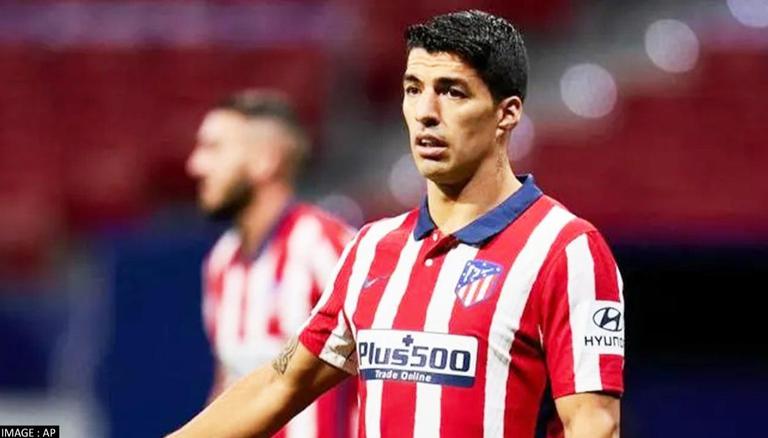 Luis Suarez thanks Atletico Madrid for having confidence in him; Talk about leaving Barcelona

Uruguayan striker Luis Suarez shared his feelings when he scored the game-winning goal for Atletico Madrid to help them win the La Liga title last season. Suarez moved to the Rojiblancos in the summer of 2020 after his unfortunate departure from Barcelona. The player has always been open about how he has been treated by Barcelona management, especially manager Ronald Koeman. Suarez was kicked out of Barcelona without any proper discussion and then moved to Atletico Madrid for a free transfer.

Suarez lived up to his expectations and finished top scorer for them with 21 goals to his name, including the game-winning goal against Real Valladolid which helped them win the Spanish title. In a conversation with ESPN, Suarez thanked Atletico Madrid for trusting him and also called his moment an invaluable game-winner. “At the end of the season, I stood out with AtlÃ©tico, scoring the winning goal and winning the Spanish League. It is priceless, I thank AtlÃ©tico for opening the doors to me” , said Luis Suarez, quoted by the sports channel.

As previously mentioned, Luis Suarez has not been made aware of the details of Barcelona breaking up with him. Suarez was one of the Catalan giants’ best players alongside Lionel Messi and was their third top scorer with 195 goals in 283 appearances. Despite his contribution to the club, he was reportedly treated harshly by Ronald Koeman and was not included in the manager’s plan for the future. Suarez claims he would have felt better if management had given the right reasons for their actions, but now feels hurt by the way he was treated.

â€œI’m sorry for the way it turned out. As I explained, if you have a player who has been at the club for ten years, the third top scorer, the president could have told me, or the coach meet [with me] one day to explain the situation. It would have been better, “Suarez said. He added:” But a week before, the media had already announced: “They will tell SuÃ¡rez he can go, SuÃ¡rez this, SuÃ¡rez that”. So I already knew. Corn [when] the coach called me telling me that I was no longer in his plans it hurt, “quoted by the sports channel.

“I tried to terminate the contract because the club didn’t like me anymore and I was at an age where no one wanted to pay for me. Everything was ready for the termination of the contract when the coach said he counted on me [for the game against Villarreal]”, added Suarez.

Keep an eye on Lehigh | Opinion