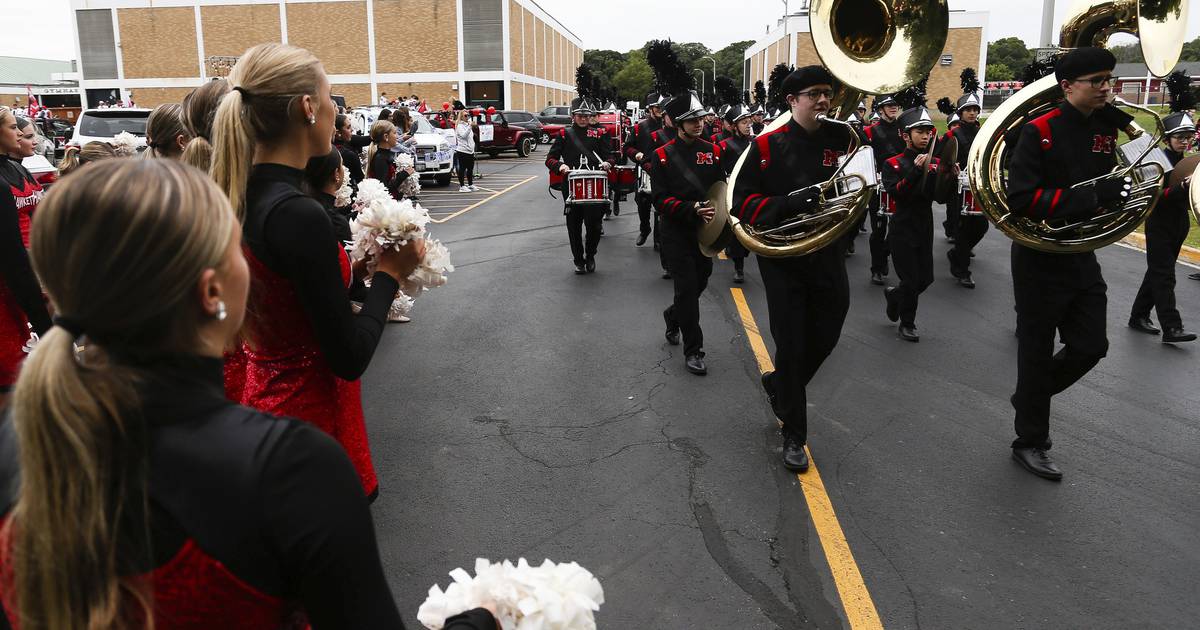 Maine South and Maine East high schools, both in Park Ridge, held homecoming events this past weekend, with Maine South holding a homecoming parade Saturday morning through the streets around the campus of school.

On Saturday morning, the Maine South Marching Band opened the parade, followed by the Hawkettes’ dance crew, then a dozen vehicles acting as parade floats. Many children and families lined the parade route, which headed east on Belle Plain and north on Engel to near Washington Elementary School, then west on Stewart and south on Home and back to high school.

Spectators waved to members of the football team, the Hawkettes, the band and others. Most of the people in the vehicles threw candy at onlookers, with children rushing to pick them up.

The other units in the parade were the senior class, junior class and underclass council and homecoming royalty; Hawk Pride, National Honor Society, Spanish, Greek, German and Serbian Clubs, Orchesis, the Constitution Team, WMTH, cheerleaders and a fire truck.

Maine East held a 2 p.m. Friday cheer rally before the start of its 6 p.m. football game.

Both schools also held homecoming dances at their respective schools on Saturday night.

Animating Beliefs in Spanish Culture: A Conversation on the “Puppets of the Impossible”