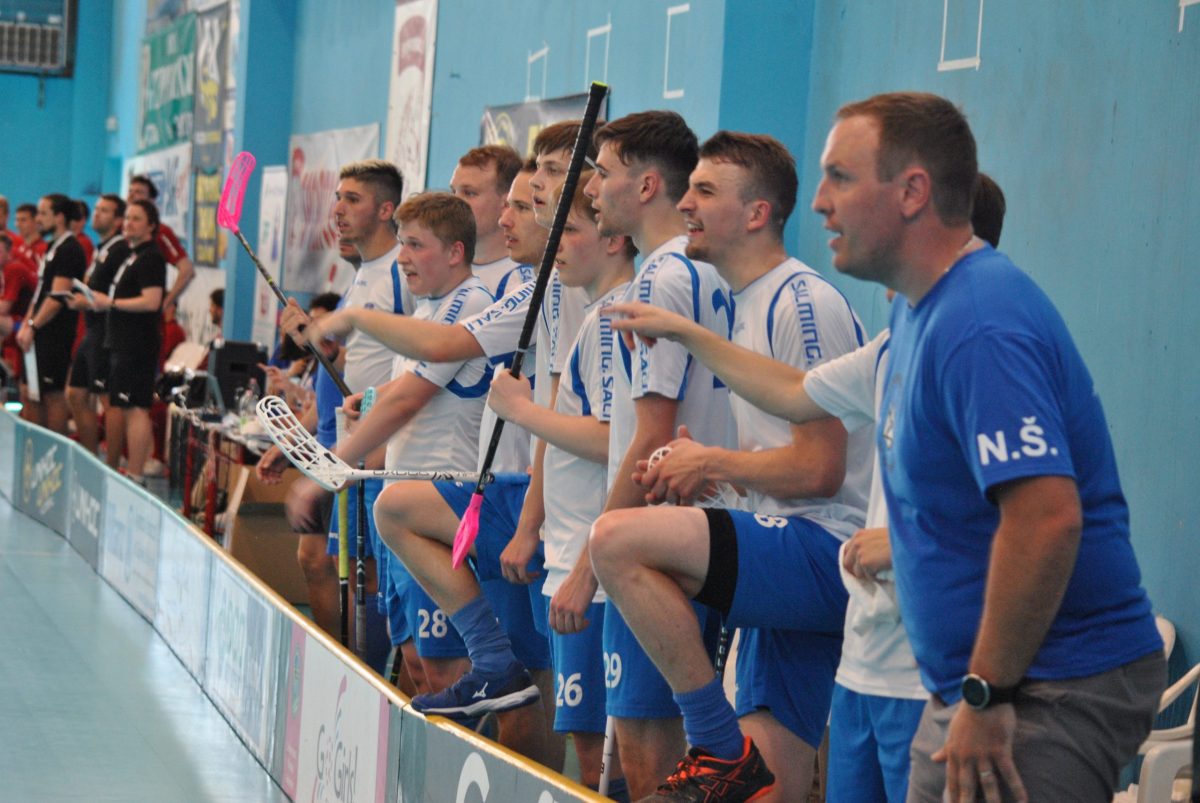 The qualification for the 2022 Floorball World Championships in Swiss this month of November for Europe (and Africa!) started today at CelanoItaly with the 3 euros groups.

Slovakia and Ivory Coast kicked off the EUR3 event at 11am local time, marking the first time in over two years that Ivory Coast have played an international game. The only African country participating in qualifying started with an extremely defensive setup looking to frustrate the Slovaks, through blocks, interceptions and counter-attacks. This plan unfortunately didn’t last long as the talented Slovak strikers attacked the Ivory Coast defense with smooth passing movements and quick goals. The experience and talent of the Slovak team was on display as they kept pushing through all three periods and scored a total of 34 goals. Ivory Coast had a few quick breaks to create chances but nothing came of it. Nonetheless, the experience is something all the players treasured, exemplified by their big smiles and team spirit cheering on every save and blocked shot and congratulating the Slovaks after the game. It was a match not only for Ivorian floorball, but also for African floorball. The final score was 34-0 for Slovakia

WFC 2020 Bronze Medalists Czech republic started his WFC qualifying campaign in Celano against a sharp and tight-knit spirit Slovenia team. Slovenia were cheered on by a group of loud and passionate fans and were brimming with energy to chase Czech players and any loose balls on the pitch. The Czechs sought to control possession and control of the game by moving the Slovenians back and forth and trying to drain as much energy as possible. Czech pressure paid off with 6 goals in the first two periods, including an 11-minute hat-trick for the talented youngster Matej Havlas. The Slovenians never gave up and fought hard in the third period, stifling the Czech attack, including a penalty save from the best Slovenian player in the game, the goalkeeper. Tim Luznar. The Czech Republic showed their talent with a score of 7-0 as the final result.

Germany and Austria was the third game of the day to take place. The Germans came out strong shooting first then doubled their lead just after 10 minutes. Austria were undeterred, however, and played hard, battling around the corners, forcing the Germans into a faster pace than originally expected. This pressure paid off with a goal after 2 minutes in the second half of Nicholas Fechtig. Germany responded with Flemming Kuhl but there again Austria is not discouraged and begins to put pressure on the Germans themselves, which ends up paying. After leveling the game early in the third period, Austrian energy levels began to drop and the Germans once again regained control of the game. The Austrians stood tall but supported by their Player of the Match keeper Timmo Bull who made 23 saves in total. This was Taurer’s seventh consecutive WFCQ event for Austria, a true modern-day legend for Austrian floorball. The match ended 3-3, with the Austrians happier than the Germans with the end result.

The last game of the day was host country time Italy go on stage against Spain. With a loud and passionate home crowd cheering them on, the Italians laid out the game plan to recover the ball physically and use quick passes to move the ball down the pitch as efficiently as possible. Spain, however, sought to silence the home crowd and did so with 4 early first-half goals which bewildered the home crowd and the Italian side. Going out for the second period a Spanish goal 23 seconds further soured the atmosphere of the home party. It ended up being a catalyst for an Italian revival, however. The game plan changed and the Italians’ determination and effort were greatly increased, with the game going from start to finish for some time with a tough physical game having to be calmed down by the referees. The Spaniards looked to control the game after their strong start and a possession style of play was incorporated with more emphasis. The third period was very tight as both goalies made important saves. The Spanish lead was too much for Italy with two goals in the third proving to be just consolation for the final score of 6-2 for Spain.

Tuesday’s games start at 11am with Germany taking on Ivory Coast.