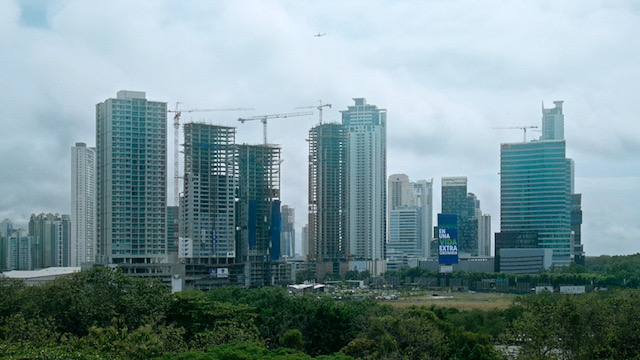 Documentaries on the conflict in Ukraine, the situation of Cuban migrants and the Palestinian refugee crisis were among the big winners of MiradasDoc, Spain’s most important documentary film festival, which closed its 15th edition on March 12.

Based in Tenerife, in the Canary Islands, the festival was an in-person event from March 4-12, while its market (March 8-11) remained virtual for the second consecutive year.

The prize for best international documentary went to “Option Zero” (“La Opcion Cero”) by Cuban filmmaker Marcel Beltran while the prize for best first feature was extended to “Trenches” by French journalist Loup Bureau who covered the Arab Spring in Egypt, the Syrian War and the Russian-Ukrainian conflict in the Donbass region.

“Trenches” follows the fearless young men and women who fight against Russian-backed separatists in Ukraine’s Donbass region. In a video message sent to the festival, Bureau said: “The current situation in Ukraine is still catastrophic and I have tried to reach my friends all over the country but it is complicated because some have left to fight and others are already dead; everyone I know in this country fight or flee.

Bureau, which has covered Ukraine for the past eight years, said the award was the only good news it had received in the past two weeks. Expressing their fears that the conflict could last for months, a visibly moved Bureau commented: “’Trenches’ sort of explains how we got into this situation. Ukrainians pay a very high price for being a free and independent nation.

“I think that we Europeans must do everything we can to help them and not look the other way,” he said, stressing that what is happening in Ukraine has a vital impact on the future of the EU. Europe.

The Cuban, Brazilian and Colombian co-production “Option Zero” revolves around Cuban migrants who have crossed Central America to reach the United States and find themselves in limbo in a refugee camp in Panama. Beltran had access to their cell phone videos that captured over 100 hours of their journey through the Colombian jungles. These videos are punctuated with footage of Beltran on the camp, contrasting their harrowing journey and the insecurities of their life at the camp, where they could easily be deported to Cuba.

Expressing his gratitude to the festival and the jury in a video message, Beltran dedicated his prize to Cuban migrants “who continue their transit, their lives and their experiences” and thanked them “for their friendship which made this documentary possible”.

“Little Palestine, Diary of a Siege”, by Abdallah Al-Khatib, which won a special mention in the category best first feature film, delves into another refugee crisis. This focuses on Yarmouk, the largest Palestinian refugee camp in the world from 1957 to 2018, located in the Yarmouk district of Damascus, Syria. When the Syrian revolution broke out, Bashar Al-Assad’s regime suspected that the camp was a refuge for the resistance and besieged it from 2013, depriving it of food, medicine and electricity. Al-Khatib was born in Yarmouk and lived there until his expulsion by Daesh in 2015.

The Best Short Film award went to Vietnamese-Czech director Diana Cam Van Nguyen’s “Love, Dad,” which delves into the relationship between a child and a parent. The court participated in the Anidoc Sur Lab in 2020.

Meanwhile, the MiradasDoc marketplace saw record attendance in its second virtual race, which helped attract more participants from around the world.

A variety of prizes were distributed among selected international projects in development, led by Uganda’s “The Woman who Poked the Leopard” by Patience Nitumwesiga, which focuses on medical anthropologist, gay rights activist and feminist Stella Nyanzi who, despite threats to his life, combines radical discourtesy and traditional resistance tactics to deal with oppression.

Winners of the XV MiradasDoc

“In a flow of words” (Eliane Esther Bots, Netherlands)

Russia-Ukraine war: the discredit of the European right aligned with Putin

From the Editor | Amandala Diary