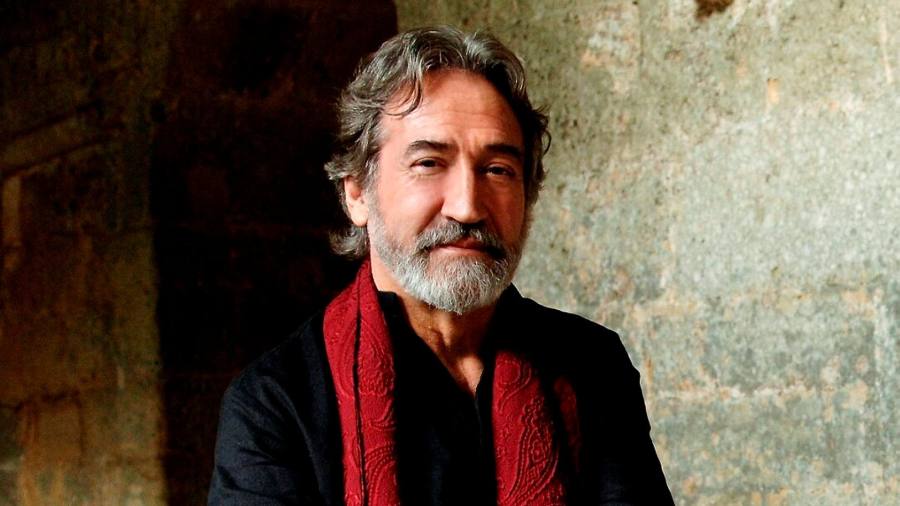 “I come from Barcelona. It’s a city open to the Mediterranean. When you go to the sea and see the immensity of the horizon” — Jordi Savall opens his arms wide — “you have other perspectives and you are interested to see what happens after this horizon.”

Savall, who just turned 81 but whose energy hasn’t waned, has spent his life making music that explores what’s on the horizon. Next week he will present two such projects at the Edinburgh International Festival: an examination of the mixture of cultures in 18th-century Istanbul through the compositions of Dimitrie Cantemir, and a recreation of the travels of 14th-century traveler Ibn Battuta, whose the peregrinations eclipsed those of Marco Polo.

Savall was born in Catalonia two years after the end of the Spanish Civil War, to Republican parents. “There were still persecutions against Catalans, against the Catalan language. My name when I was born was [the Spanish] Jorge: it was impossible to put [the Catalan] Jordi. To minimize any Falangist influence on his upbringing, his father placed him in a Catholic primary school. The first day, “at 9 o’clock in the morning, there was a mass and I loved it. The next day, I asked the director to give me the chance to sing. I sang for the next seven years. It was my essential musical education, to sing every day.

After his voice broke and he had a brief flirtation with Elvis Presley, he was then mesmerized by hearing a rehearsal of Mozart Requiem with a string quartet: “If music has this power, I will have to be a musician. He decided to learn the cello and, at the age of 24, he switched to the baroque ancestor of the cello, the viola da gamba, which became his main instrument. By the 1960s he had fallen completely out of favor, so Savall went looking for music, first in the library of the British Museum, where he found the “enormous repertoire” of composers such as Tobias Hume, Matthew Locke and Henry Purcell, then to Paris. , where he unearths works by Marin Marais and François Couperin. His efforts to revive these forgotten works as well as to break down the barriers between Western classical music and its counterparts in the rest of the world have been hallmarks of his career.

With his wife, the soprano Montserrat Figueras, he founded the early music group Hespèrion XX (later, for obvious reasons, Hespèrion XXI); the couple also founded La Capella Reial de Catalunya, a period choir, and its associated orchestra Le Concert des Nations. All three groups are incredibly productive. “I am lucky, says Savall, to be both a musician and a good organizer. He attributes this to an unlikely source. “When I was 14, I was not a good student. My father sent me to a sweater factory where I worked eight hours a day from 2 p.m. to 7 p.m. I gradually learned to control the production, quality control, stock control, sales — these five years of experience have helped me throughout my life.When I founded Hespèrion, I did everything myself.

In 1998, Savall established her own label, Alia Vox (“Other Voice”), which sold 5 million records. The albums are rehearsed slowly – a new collection of Beethoven’s late symphonies has been in the works for six years – but then recorded quickly. “I try to record when we’re at the peak of love, the mix of enthusiasm and experience – when we still have that fascination that you can only have when you’re 100% in love with the music. ” Savall himself has recorded over 100 albums.

This cottage industry was a family business — with Figueras, until his death in 2011, and the couple’s children, Arianna and Ferran. “I was fascinated by his voice, and Montserrat was fascinated by the singing of the viola, his melody. It was a perfect combination. The children now have their own career. “It’s very difficult to be ‘the son of’,” Savall concedes fondly. “Fathers take up so much space.”

Alia Vox’s flagship editions are “CD-books” — large boxes that tell historical stories through music and richly illustrated documentation in five languages ​​(including Catalan). They focus on encounters of musical cultures, either in cities (Jerusalem, Istanbul) or through travelers (Ibn Battuta; the 16th century Jesuit missionary Francis Xavier, who went to India and almost reached the Mainland China). It paraphrases an idea of ​​the author Elias Canetti Die Provinz Des Menschen, who says that the music represents “’history through the life of human beings’. He is still alive and can touch you directly in your heart with emotion. When you sing a song from the time of the troubadours and you sing it with emotion, you will have the same emotions as the people of the time. It’s the best way to learn history.

The Ibn Battuta project associates musicians “from Morocco, Syria, Turkey, Afghanistan, China – you can follow the journey and have in each city the music that corresponds to the culture”. The pieces are linked by a spoken narrative. “Through the writings of The Rihla» — travelogue by Ibn Battuta — « we discover the situations, how people lived, their cultures ».

Dimitrie Cantemir, on the other hand, did not go anywhere by choice: he was an 18th-century Moldavian prince taken to the court of the Ottoman sultan as, in effect, a hostage. This concert combines his compositions from his time among the Ottomans with Armenian, Greek and Eastern Mediterranean pieces.

Savall draws a lesson from the story of Ibn Battuta and his travels through Africa and Asia. “Today we have lost our freedom. This person has traveled for 40 years around the world without any difficulty. (A slight exaggeration: Ibn Battuta, on his own account, was kidnapped and robbed on his way to India, shipwrecked and forced to work as a judge in the Maldives.) “Today having visas for musicians from the Morocco, Turkey, Madagascar to come to the concert, it’s impossible. We still don’t know if some musicians will get their visa. It’s terrible. It’s inhuman.

“Ibn Battuta demonstrated an acceptance of people from other cultures. His testimony was that the world is very rich and each culture has its own characteristics and its own spirit. I think it’s important to remember that we [in the west] are an important culture, but we are not the only culture in the world. Music remains the best way to connect these cultures.