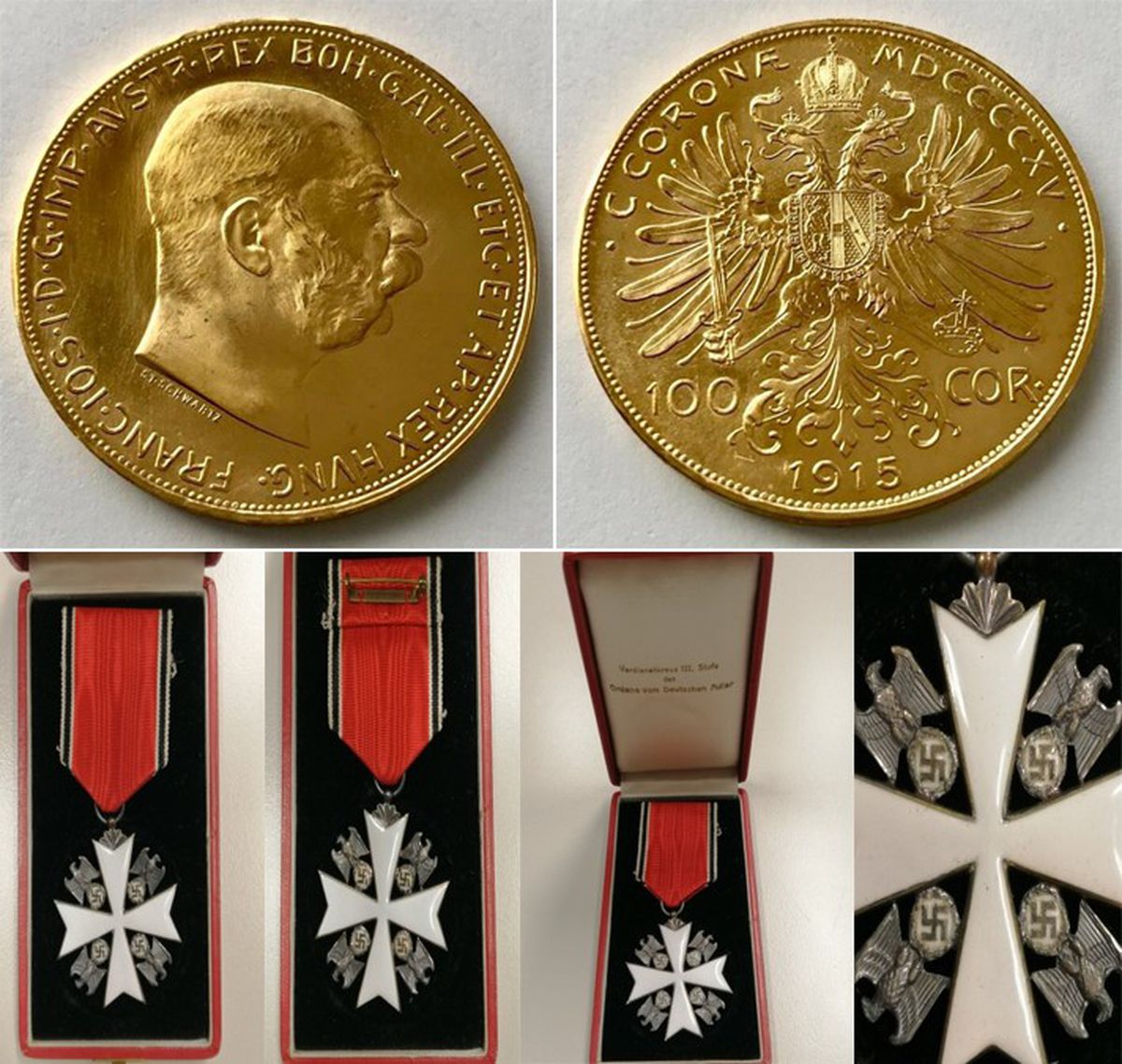 Nazi and Franco medals: the secret legacy of a German woman who died in Dénia, Spain | Culture

Gertrudis Sommer Ficher died in the Spanish coastal town of DÃ©nia, in the region of Valencia, in 2005. She had no heirs and left no will. Once the deadline for issuing complaints had passed and legal procedures had been observed, all of his property was transferred to the regional government of Valencia. The woman, of German origin, owned three properties in DÃ©nia, several savings accounts of over â‚¬ 300,000 and shares sold for almost â‚¬ 480,000. She also possessed items that had not been detected until the Valencian Heritage Department was informed by a bank of a safe in her name.

Inside the box was a collection of medals, crosses, badges and gold coins, as well as deeds. The swastikas on one of the medals immediately jumped out. Very little is known about Ficher other than the fact that she was a foreigner and had been living alone for some time in the popular tourist destination. It was a surprising find, but not completely unexpected. In the years following World War II, former Nazis settled in DenÃ­a with the support of the dictatorship of Francisco Franco.

Over the past 20 years, this Nazi past has been the subject of various historical and journalistic investigations, novels, documentaries and even films, such as El Sustituto (or, The Replacement), which opened in cinemas in Spain a few weeks ago. This film focuses on DÃ©nia, which is located along the Costa Blanca in the province of Alicante. The film’s director, Ã“scar Aibar, recently told EL PAÃS of his shock when, during a break from filming, he heard a bar resident say, “They are making a movie about our Nazis”.

The Nazi medal found in Ficher’s safe was a German Order of the Eagle, an award from the German Nazi regime that was primarily given to sympathetic foreign diplomats in the Third Reich. While the medal was given to a military recipient, it featured crossed swords – which do not appear on Ficher’s honor. German dictator Adolf Hitler instituted the medal in 1937. It ceased to be awarded after the collapse of Nazi Germany. Guaranteeing the authenticity of the medal cost 1,750 â‚¬, as many counterfeits from this period are circulating today, according to experts.

In addition to the medal, the box also contained decorations from the Franco dictatorship, such as the Order of Isabella the Catholic, which features a red enamelled cross, with a gold frame, and is valued between â‚¬ 900 and â‚¬ 1,200. The set also included a Grande Ã‰toile badge of the Order of Civil Merit, valued between â‚¬ 200 and â‚¬ 500, and a pin, valued at â‚¬ 20, belonging to a university group of the fascist Phalanx party. The value of the medal collection is around â‚¬ 3,000.

Even more valuable are the 31 gold coins found in the safe, which are worth around â‚¬ 47,500. These 100 corona coins were minted in 1915 in the last period before the Austro-Hungarian Empire. One side has the face of Emperor Franz Joseph I of Austria (1848-1916), bordered by a sentence in Latin, reading: “Franz Joseph I by the grace of God Emperor of Austria, King of Bohemia , Galicia, Illyria, etc. and Apostolic King of Hungary â€in reference to the historic regions of Central Europe. The other side features the coat of arms of Austria atop a crowned double-headed imperial eagle. The description on the edge of the coin has the emperor’s slogan, Viribus Unitis, which means “with united forces”. According to studies, the First World War put an end to the circulation of this coin, the crown being replaced by the Austrian schilling in the 1920s.

The regional government of Valencia will auction all items, once it is confirmed that none of the decorations have a direct link to violent crimes, according to sources from the heritage department, which works with the tax office. of the region. All the money raised during the auction of this intestate inheritance – legal procedure for attributing the patrimony of a person who died without a will or with an invalid document – will go to social causes and cultural patronage, as provided for in the 2019 decree on the subject.

Over the past 10 years, the regional government of Valencia has received more than 1.68 million euros in intestate inheritance. Each year, an average of 42 such estates are processed. In the case of Gertrudis Sommer Ficher, his three properties were auctioned a few years ago, but the auction was declared void. The houses have been handed over to the Valencian Heritage Department and will remain in government hands until the next attempted sale.

Of the three properties, two are apartments located in Les Rotes, a beach far from downtown DÃ©nia, with rocky coves and clear water. It was here that Nazi leader Gerhard Bremer, a former member of an SS death squad, promoted the development of bungalows (which were later converted into apartments) and celebrated parties in honor of the anniversary Hitler, with guests dressed in Nazi uniforms.

During these evenings, champagne flowed freely and Wagner’s music enlivened the atmosphere. But there was also other music. The current mayor of DÃ©nia, Vicent Grimalt, of the Socialist Party (PSOE), was part of a village group that played at these parties in the 1970s, as he himself has recounted on several occasions.

Spanish writer Clara SÃ¡nchez also lived for some time in Les Rotes. She crossed paths with Bremer in the 1980s (Bremer died in 1989), an experience that marked her a lot. After the meeting, SÃ¡nchez will write two books inspired by the Nazi past of DÃ©nia.