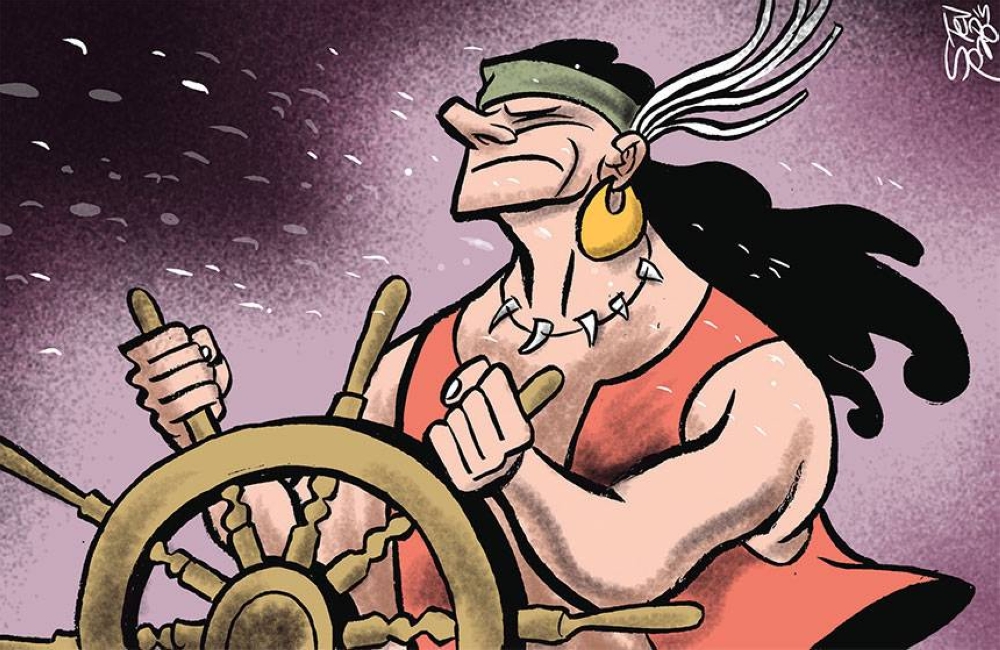 Our maritime history | The Manila Times

The history of our nation began with a boat with the arrival of our Austronesian ancestors. As a maritime people and culture, boats have become an inseparable part of our culture and our experience as a people. This was also the case during the rise of the Filipino nation.

During the Philippine revolution against Spain, our revolutionaries seized a number of Spanish ships, which they commandeered for the use of the revolutionary government even before General Emilio Aguinaldo proclaimed the independence of the Philippines on June 12, 1898. Besides the eight steam launches that were taken from the colonial authorities, wealthy Filipinos also handed over some of their ships to the Aguinaldo government: Leon Apacible, Manuel Lopez and the Gliceria Marella de Villavicencio, the latter dubbed the Angel of the Revolution. Their ships were Taaleño, Balayan, Bulusan, Taal and Purísima Concepción. The Compañia de Filipinas became the flagship of our old navy.

According to research by my colleague, Dr. Lars Raymund Ubaldo, for a future Philippine Maritime Museum, President Aguinaldo appointed Pascual Ledesma Director with the rank of General of the Navy Department, along with Angel Pabie. At that time, the Navy was under the Ministry of External Relations. When the Malolos Constitution was adopted and the First Republic of the Philippines was established, it was placed under the Department of War. They even had real naval stations at Aparri, Legazpi, Balayan, Calapan and San Roque, Cavite.

While waging a brutal war against the Filipinos, the Americans also wanted to capture our hearts and minds to fulfill their imperial ambitions. Their most enduring legacy to the Filipinos, for better and for worse, has been immortalized by the name of a ship. On August 21, 1901, the largest contingent of American teachers – 357 men and about 200 women teachers – arrived in Manila via the USS Thomas. They would be sent all over the country to strengthen the public school system. They would be known as “Thomasites”.

Yet what is also surprising is the brotherhood that has been forged between Filipinos and Americans. During World War I, the Philippine legislature under American rule donated a real destroyer named USS Rizal. The war had ended when she was commissioned on May 18, 1919. She had a crew made up of a majority of Filipinos and was actively used until 1931.

As we sang our national anthem, “No invader shall tread upon your sacred shore,” many fought on the beaches to defend us from the occupation of Imperial Japanese forces. When official forces fell at Bataan and Corregidor in 1942, the Southwest Pacific Area Command coordinated with the Philippine resistance or guerrilla movement through the Spy Squadron submarines. On August 27, 1944, the USS Stingray dropped some men and armaments intended to reinforce the Ablan-Madamba guerrillas to prepare for the liberation of the Philippines. In October 1944, the greatest naval battle in world history was fought at the Battle of Leyte Gulf, where General Douglas MacArthur landed and kept his promise to return even as Filipino guerrillas finished the job. expulsion of invaders in many areas. from the country.

As we rebuilt our country after the return of independence in 1946, we continued to use our boats for fishing, inter-island travel and the transport of goods. Eventually, the Strong Republic Nautical Highway System was considered in 2013, and the Road Roll-on/Roll-off Terminal System, also known as RORO, allowed vehicles and goods to be driven from Luzon directly to the Visayas. and Mindanao. As a maritime culture, we have continued to practice our worship and festivals in rivers and beaches.

Despite the lack of ships compared to the overwhelming length of our coastline, the Philippine Navy and Coast Guard have valiantly defended our territory and our national heritage against foreign threats, however difficult. In our seas is the “center of marine biodiversity in the world”.

And like the old bagani, Filipino sailors, sought after for their talent, fight homesickness and hardship to bring kaginhawahan and dangal back to their families and their nation. They can simply realize what our national hero José Rizal predicted in his essay “The Philippines in a Hundred Years”: “…perhaps the people will revive their maritime and commercial activities. …And free again, as the bird leaving its cage, like the flower returning to the open air, they will rediscover their good old qualities which they are gradually losing and will once again become lovers of peace, cheerful, lively, smiling, hospitable and intrepid.” The country is uplifted and honored by their sacrifices.

Overall, our maritime industry is still one of the main providers of well-being for Filipinos — kaginhawahan. And with our sailors and expatriates here and abroad, the Austronesian migration seems to continue to spread this kaginhawahan and kapatiran from the Filipinos to mankind.

Providence mural artist AGONZA leaves her mark across the city