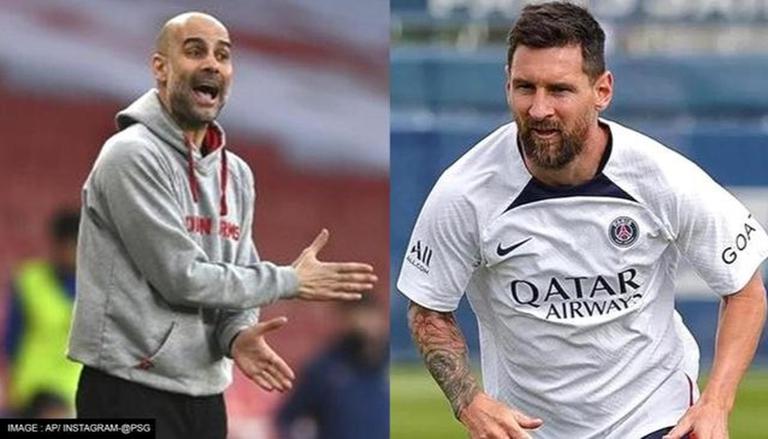 Pep Guardiola explains why Lionel Messi is the best he’s ever seen; “It’s a machine”

In a recent clip from the new Manchester City documentary, Together: Champions Again, coach Pep Guardiola has explained why he thinks seven-time Ballon d’Or winner Lionel Messi is the best player in the world. The documentary provides a behind-the-scenes look at the Citizens’ 2021-22 Premier League season.

Pep explains why Lionel Messi is the best

While speaking in a clip from the latest Manchester City documentary which is going viral, Pep Guardiola can be heard asking his players: “Do you know why Messi is the best player I have ever seen in my life?” He then answered the question by explaining with the help of a past clip from a Citizens Play.

Lionel Messi and Pep Guardiola formed one of the best partnerships at Barcelona during their four years together from 2008 to 2012. Together the two won three La Liga titles and two UEFA Champions League trophies, among several others. In total, they have won 14 titles together.

While speaking on a podcast for an Argentinian newspaper earlier this year, Pep Guardiola said (as quoted by Barca Universal), “What does Messi mean? Everything, everything, Messi is like Michael Jordan. It’s like when Phil Jackson could get this feeling that everything was flowing and there was no problem. I owe him a good bottle of wine to thank him for the contracts he allowed me to sign.

The Spanish coach added: “We had an incredible group of players who helped him when we were together at Barcelona over those four years. There were a lot of stars at the right time and at the right age for everyone. “, with Xavi, Carles Puyol and Andres Iniesta too. There was a unique chemistry. Without Messi, we would still have won. But would we have won as much? No, impossible.”