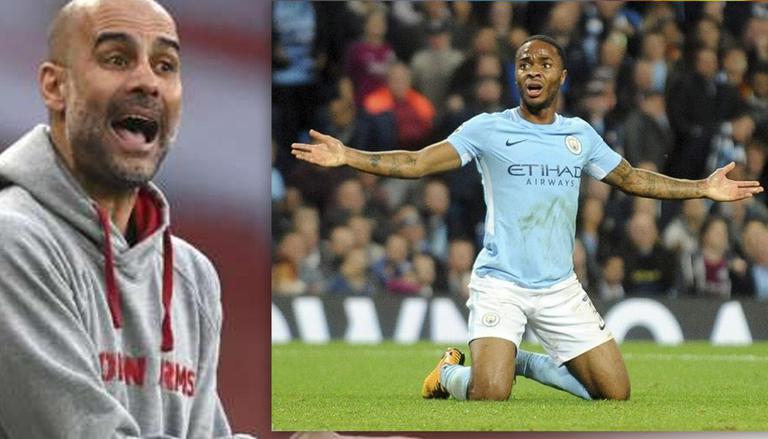 Manchester City boss Pep Guardiola has insisted he cannot guarantee playing time for his players, saying each of them must earn it on the pitch. His statement came shortly after Raheem Sterling revealed he would be ready to play elsewhere if he was assured of more playing time.

The England international has found himself in the pecking order at the Etihad Stadium after the signing of Jack Grealish, having just made two Premier League starts. Cityzens signed Grealish for a record Â£ 100million, making him the most expensive Premier League signing in history.

In response to Raheem Sterling’s statement, Manchester City manager Pep Guardiola made it clear that he, like any other player, should fight for his position at the club.

“He wants more playing time – like Riyadh [Mahrez] when he is not playing they complain, when joao [Cancelo] do not play, [he] Complains. Some players complain when they want to play all the time, “Guardiola said.

“But I can’t guarantee how many minutes each player will play. They always have to talk on the grass, on the pitch. This is the best time.”

The Spain boss went on to explain why he couldn’t guarantee all players’ playing time and insisted that they were free to leave the club if they were not satisfied.

It’s not just Raheem, but everyone wants to play every game. 90 minutes, but I can’t give them that. I cannot assure them. They have to prove every training session on the pitch and try to be happy there, “added the Manchester City boss.

Manchester City face Burnley at the Etihad Stadium on Saturday. The match is scheduled to begin live at 7:30 p.m. IST on October 16. It remains to be seen whether Pep Guardiola will include Raheem Sterling in the starting lineup against the Clarets.