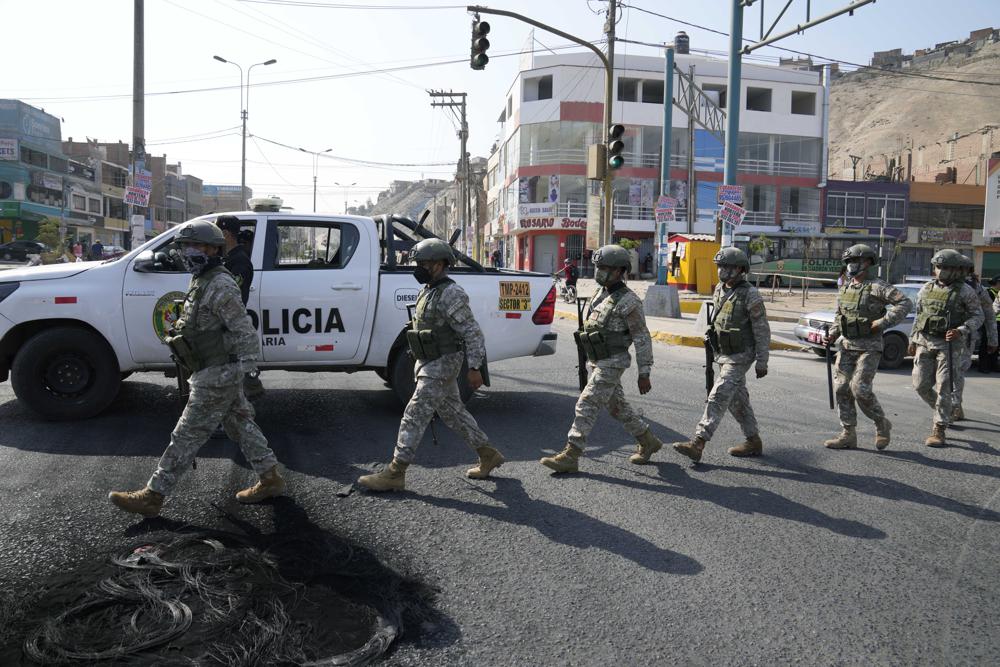 ROME – Archbishop Miguel Cabrejos, president of the Peruvian Episcopal Conference (CEP), asked President Pedro Castillo to dialogue with the population hours after canceling the curfew he had imposed the day before in an attempt to control demonstrations against him.

The president, a former pro-communist leftist teacher elected last year, announced the “reduced mobility decree” for the cities of Lima and Callao, the country’s two largest cities, on April 4. In the late afternoon of April 5, he was forced to lift the curfew. Cabrejos, the archbishop of Trujillo, had argued that the decree went “against the fundamental rights of the population”.

Castillo ordered the curfew following intelligence reports from the Peruvian National Police on complex security issues caused by protests by truckers and farmers. The state of emergency ordered people to stay at home and restricted the right of movement and public assembly. It also relaxed rules limiting arbitrary searches.

According to Associated press, the government said people could only leave their homes in the event of a medical emergency or to buy medicine or food. The curfew exempted essential services such as food markets, pharmacies, clinics and garbage collection. But there were no buses to take the workers to their jobs.

Castillo lifted the curfew a day after imposing it, but the damage had already been done: Hundreds of thousands of people took to the streets in defiance of the measure, but also demanding that Castillo and other politicians leave their duties, echoing a well-known cry in Latin America. : “all go” (what to do) to the sound of pots and pans, in a method of protest known as “cacerolazo”, first seen in Argentina during the 2001 economic crisis.

Castillo came to power after a deeply divisive election against his right-wing rival Keiko Fujimori in June 2021. He won by a margin of just 44,000 votes. Although he describes himself as a Catholic and a devotee of the Virgin Mary, his party, “Perú Libre” (“Free Peru”) is Marxist and aligned with “Sendero Luminoso” (“Shining Path”), a group of communist guerrilla which has a political branch called Communist Party of Peru – Shining Path.

In his statement, Cabrejos argues that the action taken was “disproportionate and that the government must make the reason for its decision transparent. It is almost like a state of siege which, according to our Constitution, applies only to cases of invasion, foreign war and civil war.

Citizens interpret this measure as an improvised action “which shows the government’s lack of capacity to manage the social conflicts that have arisen in recent days in many parts of the country”, the prelate wrote.

“We ask the government not to apply this measure, which seriously affects everyone,” he said, “but especially the poorest, who have to seek daily subsistence for their families. Let us remember that more than 70% of workers in Peru are informal.

Castillo suspended the curfew seven hours before its scheduled end at 11:59 p.m. on April 5, but bishops remained concerned he might reimpose it or find another way to limit the right to protest.

Peru has been going through a deep crisis since 2016. During that time, the country has had five presidents and there have already been two attempts in Congress to impeach Castillo.

Sources said Node that Castillo’s goal, and that of his allies, is to achieve what the Shining Path could not do by force of arms: completely destroy the government and the ruling class in the hope of instigating a revolt that would lead to a new Constitution and the “refounding” of Peru as a “plurinational” country, like Bolivia.

The COVID 19 pandemic has done nothing to quell the political, ethical, moral, social and ecological crises facing the country. A recent oil spill from Spanish giant Repsol has also had an impact on fuel prices, in addition to the environmental damage it has caused.

Speaking to media on Tuesday, after the curfew was lifted, Cabrejos said the Church is no stranger to human reality and warned the government against creating more crises that clearly hamper the full exercise of citizens’ freedoms.

“Think of the Peruvian people, think of the poor, think of those who elected you,” the prelate said, adding that the right to protest is legitimate and that the Church has never supported violence for political purposes.