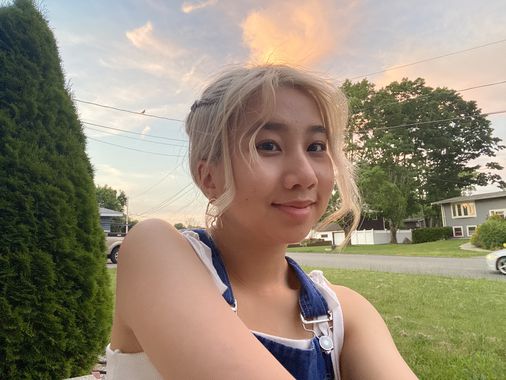 Celebrating what organizers call their city’s artistic revival, â€œVoices of Diversity – Voices of Americaâ€ will feature 10 poets representing different language groups as part of a public program at the Brockton Public Library.

Brockton poet laureate Philip Hasouris said the free event celebrates the city’s “culture and diversity with poets reciting their original poetry in their native languages, honoring their ancestors and translating it into English.” It will take place at 6 p.m. on Saturday, November 6, at the Main Library, 304 Main Street.

The poets range from teenagers to people in their 70s. The languages â€‹â€‹in which they will recite are Arabic, Cantonese, French, Greek, Haitian Creole, Irish Gaelic, Russian, American Sign Language, Spanish and Vietnamese. The poets will follow their recitations by delivering their poems in English.

The participating poets include students, teachers and other local poets. In addition to the readings, Bridgewater State University’s West African Percussion Ensemble â€œKhakatayâ€ will perform.

Hasouris said the program reveals the town of Brockton as â€œthe center of an artistic awakening. We are building a lighthouse, a lighthouse to make our city shine. “

â€œCome, hear and see the threads of a city weaving a tapestry of our diversity, our journey to celebrate our heritage,â€ Hasouris wrote in his public invitation to the free event.

â€œVoices of Diversity – Voices of Americaâ€ will be moderated by Professor Mark Walsh, who teaches English literature and philosophy at Massasoit Community College, Brockton. Walsh supported Hasouris’ idea that Brockton is experiencing an artistic revival.

â€œWe have worked hard over the past several years to combine our efforts and create events and events that bring the citizens of Brockton together to celebrate the love of the language and the city’s vibrant and diverse artistic communities,â€ said Walsh .

Noting a “wave of support” for Hasouris’ recent selection as the city’s poet laureate, Walsh called Voices of Diversity the “next step” in deepening ties between the city’s communities.

After the first five readings, Khakatay will perform traditional rhythms used for rituals and celebrations taken from the heritage repertoire of West African countries such as Guinea, Senegal, Mali and CÃ´te d’Ivoire (CÃ´te d ‘Ivory). The Bridgewater State University ensemble is headed by Jeremy Banchiere.

Tom Daley, whose poetry has appeared in numerous literary journals, will begin the readings with his poems written in Irish Gaelic.

Zahara Swansan, professor of Arabic and ESL at Massasoit Community College, will read work influenced by Arab culture and the Lebanese civil war.

Philip Nikolayev is a bilingual Russian-American and polyglot poet who translates poetry into many languages, including Russian, French, Hindi, Urdu, and Sanskrit.

After the drum music interlude, Soteris Constantinou, a student at Marie Philip High School for the Deaf in Framingham, will sign his poems in American Sign Language.

Adelene Fistedis Ellenberg, the daughter of a Greek immigrant, will read poems written in Greek.

Jessica Tran Nguyen will read her poems written in Vietnamese.

Ally Brioso, host of the Brockton Library Poetry Series, draws on her experience in the Latino countries of El Salvador and the Dominican Republic and will read in Spanish.

The final reader, Joseph Policape, writer, pastor and counselor born in Haiti, will read his poetry in French.

Hasouris summed up the meaning of the event as “an awakening to connect with our heritage, the grandparents, the fathers, the mother tongue”. The Diverse Voices program, he said, “will celebrate our diversity, trumpet our ethnicity and rejoice in being American.”

Robert Knox can be contacted at [email protected].